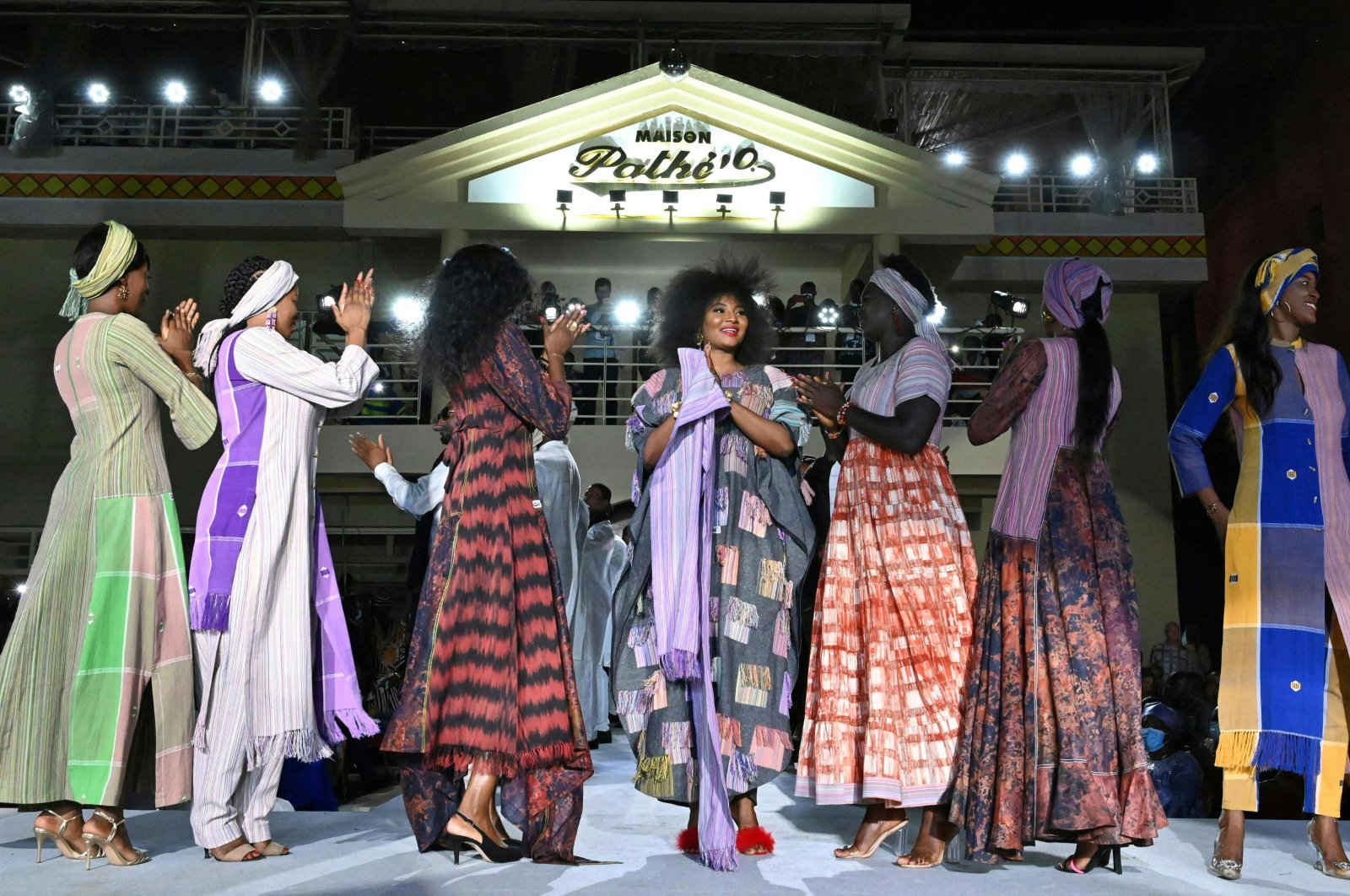 Over his 50-year career in the field of fashion, an Ivorian-Burkinabe tailor known as Pathe'O has risen in the African scene to see his designs adorn some of the continent's most wealthy, powerful and recognizable names, including the likes of anti-apartheid icon Nelson Mandela. Now, in his twilight years, Pathe'O continues his efforts to push forward African fashion.

After starting as a self-taught improviser, today he is doing his best to change attitudes to his profession across Africa and create opportunities for the next generation.

"In the minds of many people here, tailoring is a job for people who didn't go to school, a job for failures," Pathe Ouedraogo, his legal name, says with a smile.

"But African fashion, African fabrics interest the whole world! There's a wealth of creators and talents," he adds.

"We have to move up from cottage industry to mass manufacture, produce more to move Africa forward."

A tall, slender man at 70 with the face of a wise elder, Pathe'O is never seen without one of his own vibrant shirts.

Now, at the head of a pocket business empire that stretches across 10 countries and employs 60 people, the father-of-three still shows up every day at the workshops in Abidjan's working-class district of Treichville, where he first set up shop 50 years ago.

Back then, rejected for work in the cocoa fields because of his frail health, he started teaching himself tailoring in a little workspace rented for just a few francs.

Bit by bit he improved, starting to make a wider name for himself by winning the local "Golden Scissors" contest in 1987.

Ten years later, Mandela would wear one of his shirts on an official visit to France, the images prompting new customers to beat a path to his door.

It was a heady rise for a man born during French colonial rule in the Upper Volta, later Burkina Faso, who set off aged 19 to make his fortune in Ivory Coast with nothing but "my parents' blessing" in his pocket, according to his biography "De fil en aiguille" ("From thread to needle").

"I never thought 50 years ago that I'd be here. It's amazing!" the founder told reporters at a recent press conference in a luxury hotel as he unveiled the book.

All the work is done by hand on old cast-iron Singer sewing machines, and Pathe'O moves among the tailors, designers and pressers to check their work and lend advice.

"You have to know how to do everything in this trade," he says to Agence France-Presse (AFP).

Leon Ouedraogo, no relation, has worked with Pathe'O for 40 years and now runs the shop floor.

He calls his boss "a simple man, always ready to talk, who takes time to listen and explain."

The founder shows off the intricately patterned cloths dyed in another workshop in the same Abidjan district.

Each is known by a familiar name to insiders, from the "speckled" and "speckled print," to "salad" and "clouds," as well as the "Faso Danfani" patterns from Burkina.

"You've got to keep creating every day, surprise your customers, everyone wants something new," says Pathe'O.

He finds inspiration on the street, from women who go to market decked in multicolored clothes and scarves.

Pathe'O himself plans to put all his business success and international recognition behind what he calls his "battle" to win respect for Africa's fashion industry.

He sees it as a key economic sector that could help the continent along its road to development.

With a huge, modern new headquarters building in the trendy Cocody district of Abidjan that will also host its charitable foundation, Maison Pathe'O hopes to "bring forth a new generation of African creators."