As a Roman: Supping at Aromi di Roma in Istanbul 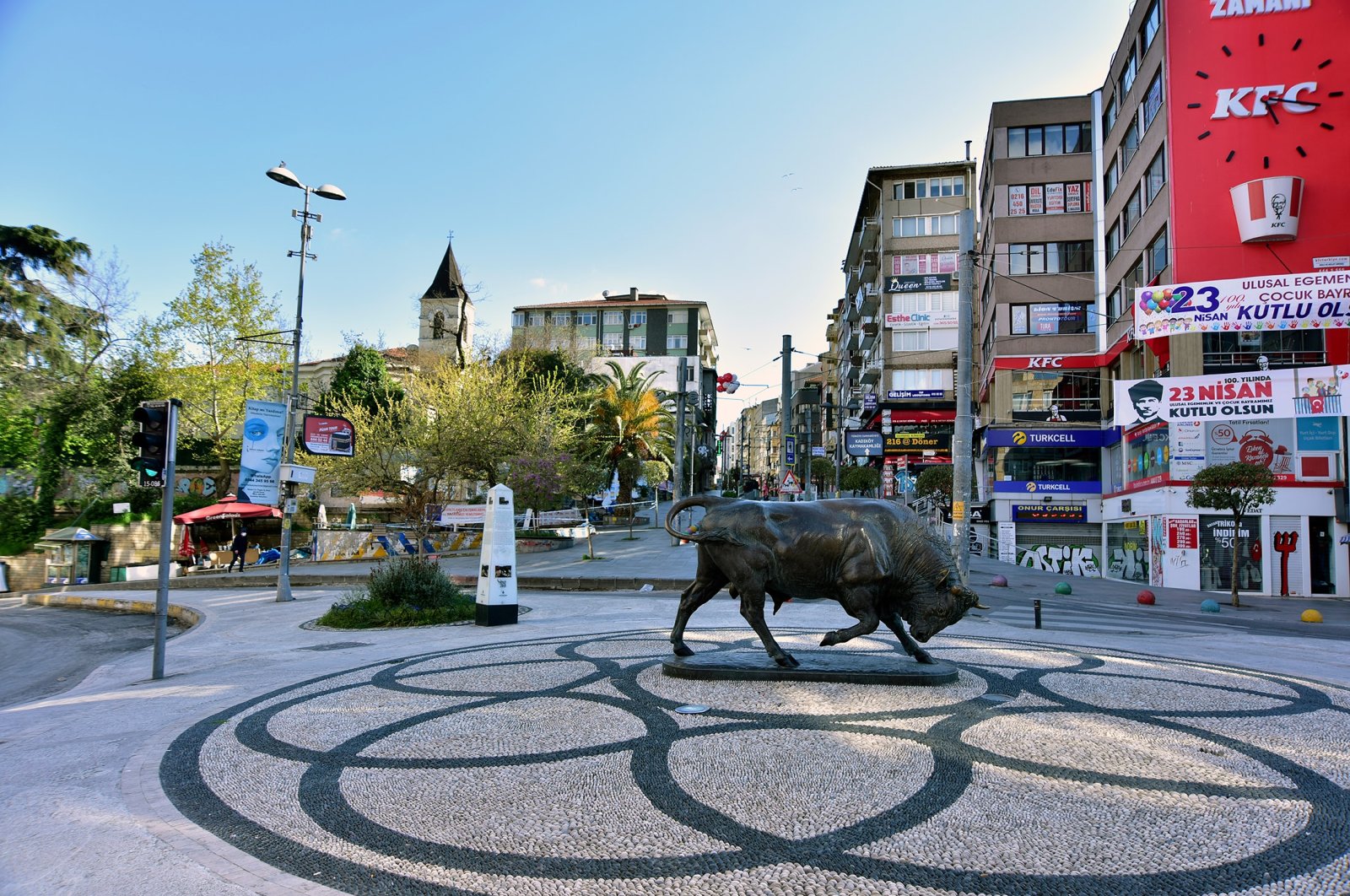 A new restaurant in Yeldeğirmeni, Kadıköy, is a hidden gem amid a surplus of cafes and eateries, as its owner Gianfranco Sacchetti oversees his proudly authentic pizzeria dishing out delicacies a la Roma

After a number of openings, Aromi di Roma has returned to Istanbul's Anatolian district of Kadıköy afresh. Its breezy, out-of-the-way locale can be found by a roundabout path down a hallway of clothiers on the busy pedestrian streets just steps from the bull statue that gives Istanbul’s most livable quarter its iconic character. And through its passage, the friendly staff of cooks and waiters at Aromi di Roma await, as they themselves sit and eat, hard at work, yet equally whisked away under the transporting ambiance that transfixes like the aroma of Rome.

The man behind the name is one Gianfranco Sacchetti, a Roman by birth, who spent much of his life abroad, in Vancouver and elsewhere. He defends the unique qualities of pizza Roman style despite a worldwide culinary trend monopolized by Neapolitans or New Yorkers. He has many passionate words for the regional diversity of Italian cuisine, as each town, even different families, have their versions of everything from spaghetti to calzone, no less pizza. And at the helm of their round brick oven is a talented young chef named Davide.

The distinction of a Roman pizza is unmistakable, and it is perfected with singular relish by Davide, who is also trained as a vegan cook, yet rolls up his sleeves as comfortably topping off the well-crusted dough of his delicious, puffy pies with generous helpings of prosciutto and bresaola, among many tantalizing carnivorous delights. But while he is busy with his masterpieces of tasteful nourishment, Aromi di Roma offers a sweet variety of antipasti, appetizers that live up to their name.

Their caprese salad is as refreshing as a vacation in Capri. It is absolutely unadorned, and by the sheer quality of its raw ingredients, gives the sensation of a full breath of air, as a beachgoer might inhale the mountainous shorefront of Italy’s cinematic west coast. The way the caprese salad is prepared at Aromi di Roma is practically tantamount to an act of bravery. The hearty slices of cheese and tomatoes, doused with splashes of olive oil and garnished with sprigs of basil are as plain, and so, unaffected, as the rustic Tyrrhenian countryside.

All roads lead to the kitchen

Sacchetti has not only returned to his newly renovated restaurant in Istanbul, but to the roots of Italian cooking. To eat at Aromi di Roma is to feel the streets of Italy’s quixotic capital, to smell the predawn steam of its neighborhood bakeries, the wood fires of its pizza ovens, enveloped by the impossible beauty of its skyline that demands an earthiness on the ground in contrast to the lofty architecture of its historic center. The result is a humanness in the food, embracing a tone of simplicity that has made the Italian kitchen world famous.

Aromi di Roma is a fine dinner destination, with its getaway impressionability. It can make its guests feel as if they were in a back alley not far from the Vatican, though it is also ideal for lunch, and as pleasantly snug within Istanbul’s workaday milieu. The pizzas that Davide fires are not oversized, suitable for one, or to share in the spirit of tasting. While also making a kind called Napoli, his range is broad, encompassing the culinary heritage of regional variation in Italy, including another titled after Puglia.

The types of vegetarian pizzas at Aromi di Roma are plentiful. Their cheeses also vary. For example, one pie with ricotta and arugula exposes the underlying layer of tomato sauce with a spaciousness that allows each of the pizza’s ingredients to breathe, a custom that respects the innate excellence of the bread, while perhaps hearkening back to the time of hardship when staple foods were paramount and had to be used sparingly. That said, the “funghi” pizza at Aromi di Roma is suffused with melted cheese and thick slabs of mushroom.

The irresistible charm of Aromi di Roma is its familial mood. An affable woman on staff named Selen added a quaint, homemade allure to the house menu with her recipe for lasagna, truly a labor of love, and it is tastable. Davide even promotes their special vegan bechamel, although its standard sauce is as exceptional. Either with meat, or vegetarian, the lasagna is a treasure in Istanbul, a wonderful Turkish-Italian fusion baked with a medley of vegetables. Along with favorites like bruschetta and margherita, Aromi di Roma has a home kitchen feel.

And finally, there is the conversation, as the salads and pizzas, pastas and desserts go down easy, and all have eaten their fill, over a superlative espresso by Caffe Vergnano. It is part of the sublimely secluded environment at Aromi di Roma, as their canvas ceiling flaps in the balmy late summer wind that brings with it notes of seasonal change, enlightening their kitchen with honed culinary inventions in dialogue with Turkish agriculture and the local palate. Sacchetti is an earnest bon vivant and a promising entrepreneur, and his restaurant is fantastic.