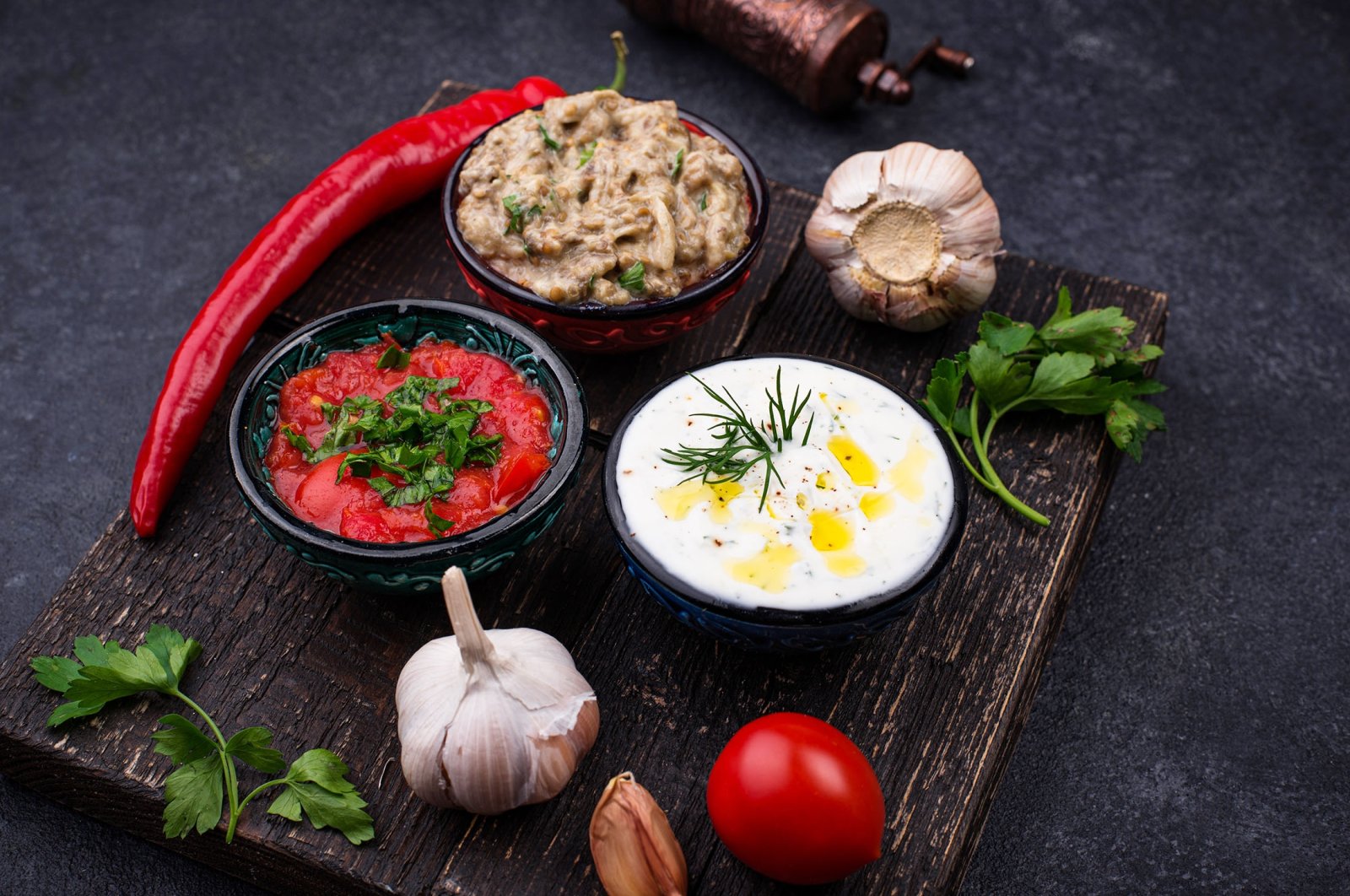 Turkey is renowned for its vast array of spices and different combinations of herbs and pastes used to create a number of traditional sauces, spreads, dips and spice blends that are served up as part of Turkish breakfasts and make for an excellent must-have item to snack on with bread

Equipped with seasonal vegetables and a variety of regional herbs, Turkish cuisine is revered for being the Mediterranean diet; however, the country’s positioning straddling the Caucasus and the Middle East, means that there is a vast range of traditional flavors and concoctions incorporating the spices and vegetables from the region that have become quintessentially Turkish. Just some of these culinary elements and influences can be seen in the savory sauces and spreads that are incorporated in dishes, included in Turkish breakfasts, and can be consumed spread over bread as a simple but satisfying snack.

So if you have ever wondered what the ingredients and background are of the deep red dips you are served up at breakfast and the spice mixes doused in olive oil that are brought out in restaurants to dip bread in, then here is your guide.

The thick paste-like dip called “acuka” in Turkish is actually a derivative of the Georgian-Abkhazian dip referred to as “adjika” and its flavors and preparation is included in the Intangible Cultural Heritage List of Georgia. The word for the dip is actually a reference to “salt” in Abkhaz, which makes sense because it is an extremely rich and salty mix of herbs, garlic, crushed walnuts and red pepper paste. Where the Turkish variation differs is the incorporation of tomatoes in the red pepper paste and occasionally a mellower mix of spices that can include purple basil. But preparations of the spread vary and the rich mix of spices used to flavor it can also include mint, fenugreek, thyme, sumac and coriander seeds. The most popular acuka comes from Düzce, an area famed for its regional variation of the paste that has been patented and includes natural butter produced from the region and crushed hazelnuts. The Circassian variation also incorporates strained yogurt into the mix.

You may have heard of muhammara, which can also be referred to as acuka in Turkey and it is a rich meze prominent in southeastern Turkey with a similar flavor profile to the spread as it is prepared from red pepper paste, cumin, crushed walnuts, breadcrumbs, lemon juice and pomegranate molasses.

While ajvar is actually a dip that came from Yugoslavia, its very name references the Turkish word for caviar (in Turkish havyar) and it is another dip or spread that is served with bread. The base of this dip is also red peppers, but this time they are painstakingly roasted and peeled and mixed in with smoked eggplant and oil. The spread surfaced when serving up caviar from sturgeon that came from the Black Sea to the Danube became difficult and in lieu, this dip was made of the same name. These days in Turkey, ajvar, which can be spicy or sweet depending on the peppers used, is prepared in the fall months and consumed as part of the winter pantry.

Za'atar, or as it is referred to in Turkish “zahter,” is the name of both a wild herb and a special spice blend that is mixed in olive oil to dip bread in. It is part of the Levantine cuisine and popular in the Eastern Mediterranean region. The most popular zahter in Turkey comes from Hatay. The herb itself, which is also referred to as “kara kekik” in Turkish can be seen prepared in salads and served as a meze and the spice mix of the same name is used to flavor olive oil to dip bread in. The spice combination also referred to as zahter includes the culinary herb ground into a powder, which is mixed with sesame seeds, sumac and sea salt. Other variations can include, thyme, cumin, red pepper flakes and even licorice root.

In English fenugreek, Turkey’s “çemen,” is the name of both the seed of the culinary plant as well as a thick and spicy paste-like concoction with a strong smoky spicy flavor. Of course, çemen, in this case referring to the name for ground fenugreek seeds, is more familiarly known as the component that lines the edges of the beloved charcuterie meat called pastırma. Nonetheless, in this context, I want to decipher the çemen spread, which goes by the same name, but is actually a wide variety of spices in addition to the ground powder from the fenugreek seeds the strong flavor is based on. Çemen as a dip can include garlic, crushed walnuts, thyme, allspice, cumin, cloves and even cinnamon, which are mixed into red pepper paste and olive oil to become a spicy spread that can be served at breakfast.

Yet another name synonymous with the seeds of a culinary herb is “poy,” which is the colloquial name for the herb named “hulebe.” This culinary plant is actually part of the legume family and its fruit is ground into a powder that is also sometimes used in lining pastırma. The word poy is most prominently known however as a dry spice blend of poy, paprika, coriander, mint, thyme, red chili flakes, fenugreek and sea salt. This spice blend can be mixed in with olive oil or tomato and red pepper paste to create yet another savory and satisfying spread to sink your teeth into.