Expat briefer: Why a Van breakfast is special 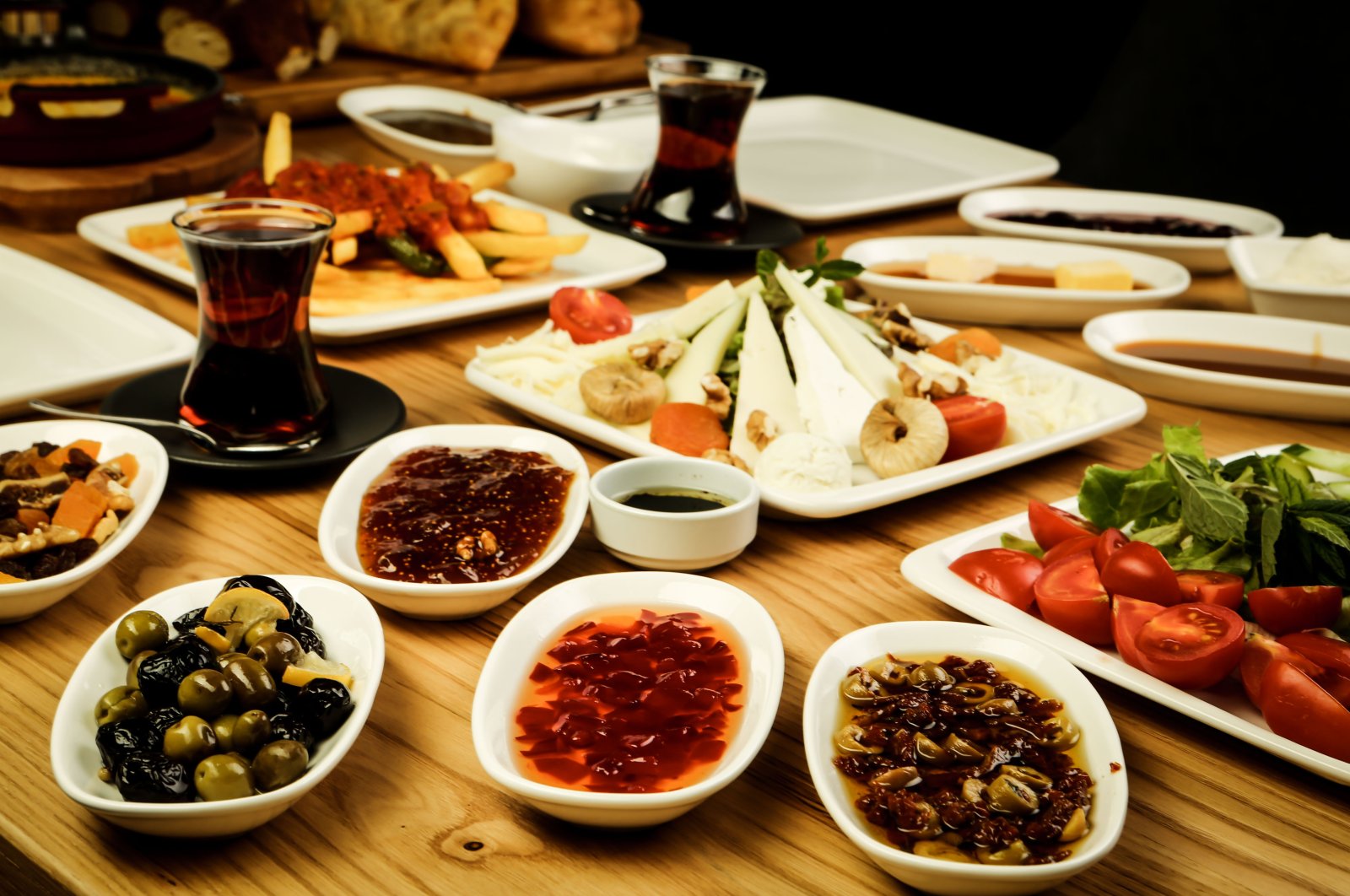 Just like a traditional Turkish breakfast, the breakfast from Van consists of a vast array of sweet and savory dishes. (Shutterstock Photo)
by Leyla Yvonne Ergil
Oct 07, 2021 9:01 am

The Turkish breakfast is revered for being both decadent and balanced and packed with fresh local ingredients. Well the Van breakfast takes it to a whole new level incorporating a number of dishes you may have never heard of before

Van is a region located in eastern Turkey marked by the spectacular Lake Van, which also happens to be Turkey’s largest lake. The region has hosted many civilizations and cultures, serving as the capital of the Urartu Kingdom dating back to the ninth century B.C. The region has spectacular sites, such as the 1,200-year-old Akdamar Church located on Akdamar Island in Lake Van, which is on the tentative list of UNESCO’s World Heritage Sites. Likewise, efforts are also in play to have the “Van breakfast” included in UNESCO’s Cultural Heritage list.

In 2014, the city of Van also broke the Guinness World Record for having the “world’s most crowded breakfast table,” in which 51,793 people enjoyed breakfast in front of the Van Fortress, another ancient site, the establishment of which dates back to the ninth century B.C. Van is also located on the Silk Road and traditionally had dairy shops people would stop at to enjoy breakfast. Since then, the region’s breakfast has become famed for its diverse and unique dishes that take the Turkish breakfast to a whole new level. These days, the city of Van has breakfast salons throughout the city as well as dozens concentrated on a street called Kahvaltıcılar Çarşısı, in English “Breakfast Street,” which as the name suggests is solely devoted to restaurants serving up the meal.

What to expect in a Van breakfast?

Just like a traditional Turkish breakfast, the breakfast from Van consists of a vast array of sweet and savory dishes that are shared among the table. There are something like 20 trademark ingredients unique to the Van breakfast. With a heavy emphasis on the region’s legacy with dairy, the breakfast hailing from Van includes a wide array of cheeses, butters and creams. Taking center stage will be the region’s famous herb cheese referred to as "Van otlu peynir." This sheep cheese with a consistency similar to feta cheese, yet with a milder taste, is infused with aromatic wild herbs endemic to the surrounding mountains. The most prominent herb used is referred to as “sirmo” and is a type of wild garlic. Other herbs can include wild leeks, mountain thyme, fennel, mint and even wildflowers. The cheese is prepared in two variations: one a softer fresh cheese preserved in a “salamura” brine and a harder variation that is aged for at least three months buried underground. The mild braided cheese “örgü peyniri” is another variety that regularly adorns a Van breakfast.

Other dairy specialties that are part of a Van breakfast are “süt kaymağı,” which is butterfat taken from the top creamy layer of whole milk and “yoğurt kaymağı,” which is the top layer of yogurt. The butter served at a Van breakfast is churned butter made from yogurt that is referred to in Turkish as “yayık tereyağı.” In Van, “cacık,” which is traditionally a garlic-based cucumber and yogurt dip, is served for breakfast and instead of garlic incorporates peppers, spring onions, parsley and dill.

The Van breakfast includes a special egg dish called “kavurmalı-sucuklu yumurta” in which pieces of the spicy Turkish sausage sucuk and chunks of kavurma, which is a preserved charcuterie meat, are scrambled into eggs in a copper pan.

Another part of the Van breakfast ritual is “kavut,” a dish that is definitively sweet as it consists of ground wheat toasted in butter and sugar in a sort of helva. Van’s honey and rose jam are other trademark products that will be among the jams, tahini and pekmez, which is grape molasses, that will undoubtedly accompany the table. To top it all off, one of the other specialties from the region is the “Van çöreği,” a large crunchy baked butter cookie that has pekmez brushed over the baklava-designed top. The bread served at a Van breakfast is traditionally an oven-baked lavash or tandır bread.

Where to find a Van breakfast

In Istanbul, there are a number of popular Van breakfast salons serving up the entire spread. On weekends don’t be surprised to find lines out the door as many of these locales are popular spots for brunch.

A lovely venue serving up Van breakfast is Van Ahtamara Kahvaltı Evi, a quaint and stylish cafe in Taksim that offers a variety of different breakfast spreads as well as all of the dishes as ala carte options and they deliver. The Van Kahvaltı Evi in Nişantaşı is a charming but serious breakfast salon with wooden tables and bookshelves lining the walls. In Cihangir, “Van Kahvaltı Sofrası” is a more basic option, but it has been delivering the goods to the area’s lively local artistic and expat community for a good decade.

In the bustling and beautiful neighborhood of Moda, there has long been a tradition of waiting in line to get a table to sit at the Van Kahvaltı Evi as this casual breakfast restaurant set up in a leafy courtyard was all the rage. The spot has since been transformed into the Belfast Irish Pub Garden, but they still serve up the Van breakfast spread.

Istanbul also has its own street devoted to breakfast in Beşiktaş by the name of Çelebi Oğlu Sokağı, but it is also referred to as “Kahvaltıcılar sokağı” and of course there are at least two locales serving Van breakfast. There are also Van breakfast salons in Ortaköy and in Arnavutköy’s Vadipark.