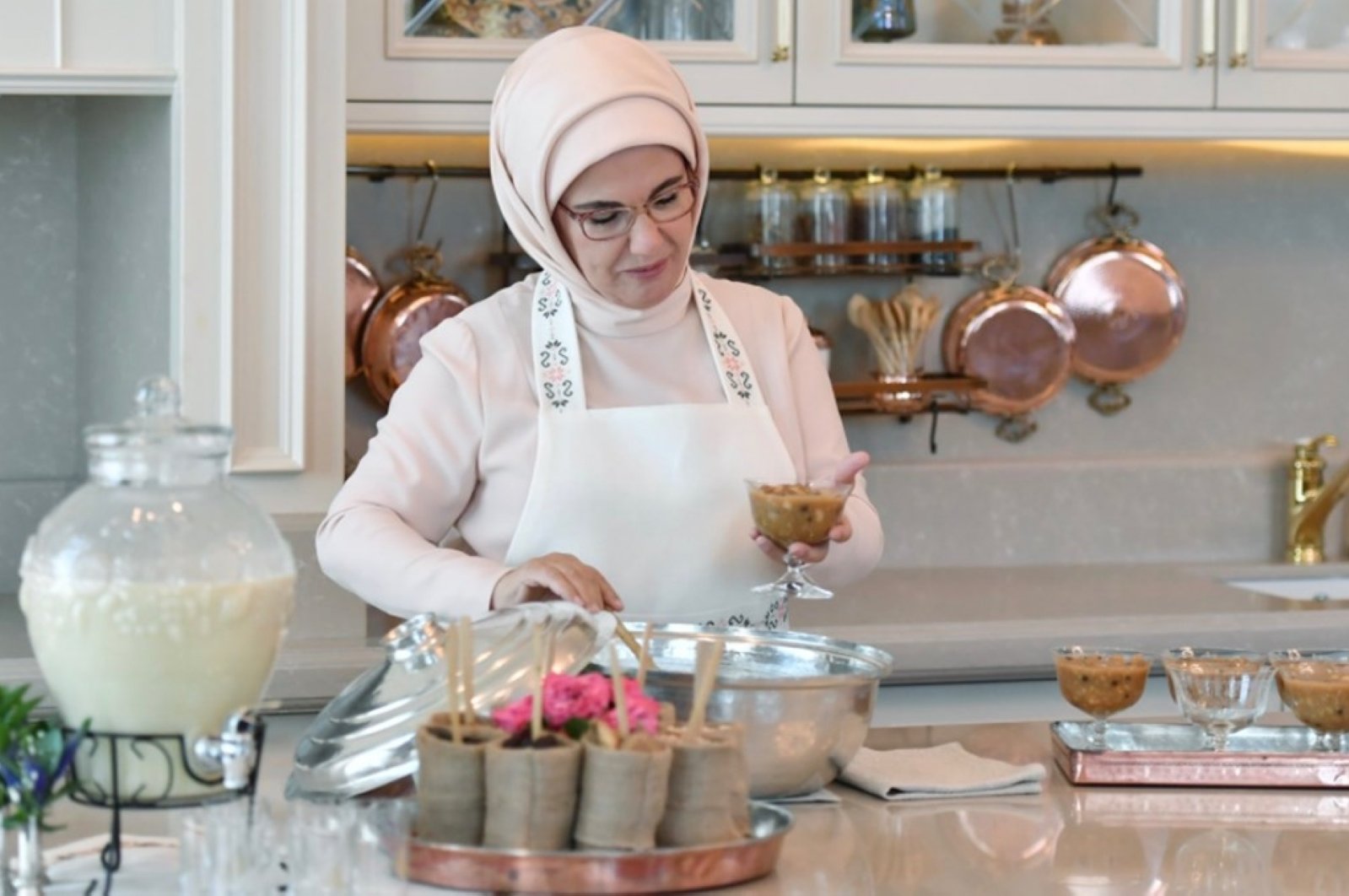 Emine Erdoğan poses with a pot of her ashura made with molasses instead of sugar. (Photo courtesy of Twitter / @EmineErdogan)
by DAILY SABAH WITH AA Sep 23, 2020 9:40 am
RECOMMENDED

After launching a national food bank initiative to cut food waste, Turkey's first lady is now seeking to create a new "centennial" cookbook that will act as a different source of reference for centuries-old Turkish recipes and help promote Anatolian delicacies across the world.

Emine Erdoğan introduced the gastronomy book on Twitter on Sept. 18 after hosting a meeting with academics of the culinary science fields and chefs.

She said the publication aims to promote the richness of Turkish cuisine internationally and will include Turkey's cultural codes with healthy, traditional and waste-free recipes.

The book will be published in Turkish and English in the first days of 2021 and will later be translated into other languages.

Erdoğan's food bank project, which was launched in 2019, has aimed to save TL 30 billion ($3.91 billion) annually. Apart from depositing food, people can leave clothes and cleaning materials for delivery to families in need. Launched with the motto "sharing is gaining," the food banks set up as part of the initiative collaborate with municipalities and nongovernmental organizations (NGO) that host the banks.

The first lady also made the rounds on social media recently when she shared her recipe for ashura, the traditional dessert commonly known as Noah’s pudding, prepared to celebrate the 10th day of Muharram. Erdoğan said the key ingredients to her sugar-free recipe were love, unity and tolerance.

If you'd like to learn more about the origins of Ashura day and perhaps give our recipe a go, click here and here.