Food and mood: How what you eat can affect your mental well-being 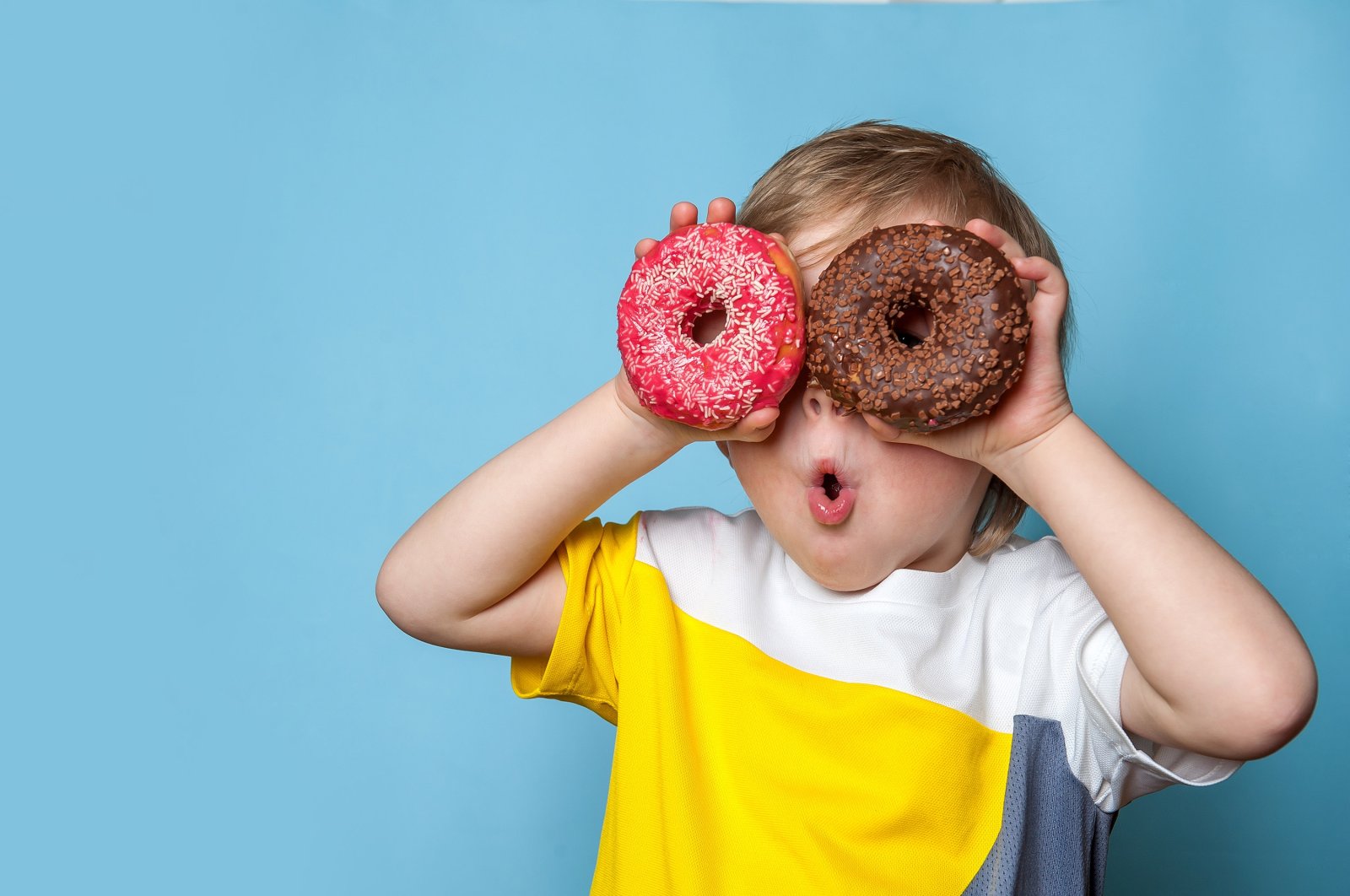 There is a growing body of evidence establishing the relationship between mood and blood sugar. (Shutterstock Photo)
by DAILY SABAH Jan 19, 2021 1:10 pm
Edited By Yasemin Nicola Sakay

Do the foods we eat have a profound affect on our mood? The science says what you eat can bring about changes in your brain structure and thus lead to altered behavior

The relationship between nutrition and mental health has been an area of burgeoning scientific interest for many years as a mental health epidemic of depression and anxiety continue to plague the younger generation. Several studies have found links between psychological well-being and certain dietary habits, and supporting evidence has been growing significantly.

Studies published in the journal BMC Medicine in January 2017 and June 2020 show that dietary improvements can have a therapeutic impact and offer efficacious and accessible treatment for depressive symptoms. Others conclude that adhering to healthy eating patterns, such as the Mediterranean diet which is high in healthy fats such as olive oil, fruits, vegetables, nuts and legumes; moderate in poultry, eggs and dairy products and includes only occasional consumption of red meat, are associated with better mental health relative to “unhealthy” eating patterns, such as the Western diet, high in fats, meat, sugar and processed goods, also deemed a pro-inflammatory diet.

Neurotransmitters, or brain chemicals, regulate our moods. Some help calm us, while others stimulate us. To generate appropriate responses to situations and stimuli, we need to maintain the right balance of various neurotransmitters. Foods, in this aspect, heavily impact our bodies' production of these chemicals. Proteins form foundations thanks to amino acids, and vitamins and minerals construct the neurotransmitters on those foundations.

Some of the most important neurotransmitters are serotonin, dopamine and gamma aminobutyric acid (GABA). Serotonin, also called the "happy hormone" is constructed from tryptophan which can be found abundantly in eggs, fish, chicken, turkey and other meats, and it helps maintain a positive mood. Dopamine, the "feel-good hormone," is a powerful stimulating chemical that provides emotional highs, and it can be obtained from almonds, sesame seeds and dairy products. GABA, the lack of which is thought to be linked to anxiety and chronic pain, can be consumed through spinach, halibut and legumes, and it helps keep you focused and calm.

Food and stress: a never-ending cycle

One of the most important factors that link mental and physical health is stress. It has been known for many years that stress can affect glucose metabolism, insulin sensitivity and other appetite-related hormones. However, recent scientific studies suggest that this process also works in reverse.

These habits cause our cortisol levels, the primary stress hormone, to spike and cause our mental health to deteriorate, in a constant feedback loop. You eat because you are feeling down; you feel down because you eat. Of course, there is a positive aspect to this as well. Having a healthy diet helps your neurotransmitter balance and thus improve general mental health.

The most significant influence of foods and dietary patterns on health is their effects on glycemia, immune activities and the gut microbiome. This is where the major connection between food and mood is thought to reside.

The glycemic index (GI) plays an important role when analyzing this connection. The Gl scale is used to rank the amount of carbohydrates in foods based on how fast they are digested, absorbed and metabolized and how they affect blood glucose and insulin levels.

Evidence shows that diets with a high GI and glycemic load, i.e., containing high amounts of refined carbohydrates and sugars, have a detrimental effect on psychological well-being. White bread, biscuits, cakes and various other desserts, which rank high in terms of GI, give a false sense of happiness due to their taste but also cause rapid fluctuations in blood sugar, increasing stress levels in the body and in the long-term leading to unhappiness.

On the other hand, there are proteins, such as turkey meat, which can stimulate the production of serotonin and increase happiness as much as chocolate, studies have found. However, eating a high protein and low carb diet has been found to cause bodily stress by suppressing the production of necessary hormones, namely serotonin.

What is your gut telling you?

Your gastrointestinal system is one of the most essential systems of your body that contributes to your emotional and mental health. Your gut’s microbiome, a collection of healthy bacteria, produces up to 90% of your body’s serotonin, a neurotransmitter that regulates mood, stress response and appetite, as discussed above. Unhealthy consumption can lead to fluctuations in your gut’s chemical production line, causing stress and anxiety. Consuming the right foods and in moderate amounts, doctors say, is the key to a healthy and balanced gut, which is fundamental for psychological health.

Nuts in the head

Nuts, seeds and legumes are also rich in healthy fats and proteins while offering fiber as well. Almonds, walnuts, peanuts and pumpkin, sesame and sunflower seeds provide healthy amounts of tryptophan, which supports serotonin production. Meanwhile, some nuts such as Brazil and pine nuts are also excellent sources of zinc and selenium. These minerals, especially for individuals who have deficiencies in them, aid important brain functions and reduce depression.

Foods that are rich in fiber, such as brown bread, rice, pasta and other whole grain products, promote the growth of the good probiotic bacteria in your gut, impacting mental health positively. Fibers, in particular, oats, also help slow down the digestion process of carbohydrates, resulting in a more gradual release of glucose thus stabilizing your blood sugar levels which are crucial in controlling mood swings and irritability.

Antioxidants are another important substance that needs to be balanced carefully. They help prevent cell damage by terminating harmful chain reactions and combat oxidative stress in our cells, which occurs when there is an imbalance of compounds in the body. A diet rich in antioxidants also helps prevent depression by managing inflammation.

Fruits and vegetables play a major role in antioxidant supplies. Natural products such as berries, either fresh or frozen, contain a wide range of antioxidants and are rich in disease-fighting anthocyanins which are associated with lower rates of depression.

Probiotics should also constitute a considerable part of a healthy diet. They assist in the production of healthy bacteria and increase serotonin levels which helps the body relieve stress. Probiotics most commonly can be found in fermented foods like yogurt and kefir. Fermentation allows the live healthy bacteria to successfully convert sugars into acids and improve your health and mood.

On the other hand, fermented products also offer vitamin B12 which is a critical vitamin for the proper function of the nervous system. Individuals lacking in vitamin B12, the symptoms of which include tingling, fatigue and weakness, also tend to suffer from mental health problems and cognitive difficulties. The daily consumption of yogurt and kefir will help keep vitamin B12 levels stable.

A note on coffee

One of the main social drinks of modern-day life, coffee provides great help with insulin resistance and cholesterol when consumed in moderation. It increases the release of neurotransmitters like dopamine and norepinephrine, positively influencing our mood. However, considering that the average adult consumption of coffee is six or seven cups daily, such high amounts can cause spikes in cortisol levels in the body and negatively affect insulin production. Too much caffeine also leads to tachycardia and generally induces higher rates of bodily stress. A body in stress is a mind in stress and an unhappy one at that.

You can improve your mood and prevent mental distress if you are more careful about your diet. Doctors recommend a well-balanced diet that comprises all the food groups and necessary nutrients. Having regular meals and not skipping meals is also crucial as irregular consumption can wreak havoc in the body’s systemic processes. Try adding fruits, vegetables, nuts, seeds, legumes, low-fat dairy and oily fish to your diet. A 2014 study in Brain, Behavior, and Immunity and a meta-analysis published in the European Journal of Nutrition in 2018 recommend limiting your consumption of sugary and processed foods as well as red meat, which is known to be pro-inflammatory.