Hungry for some cicada sushi? US chef creates sustainable dish 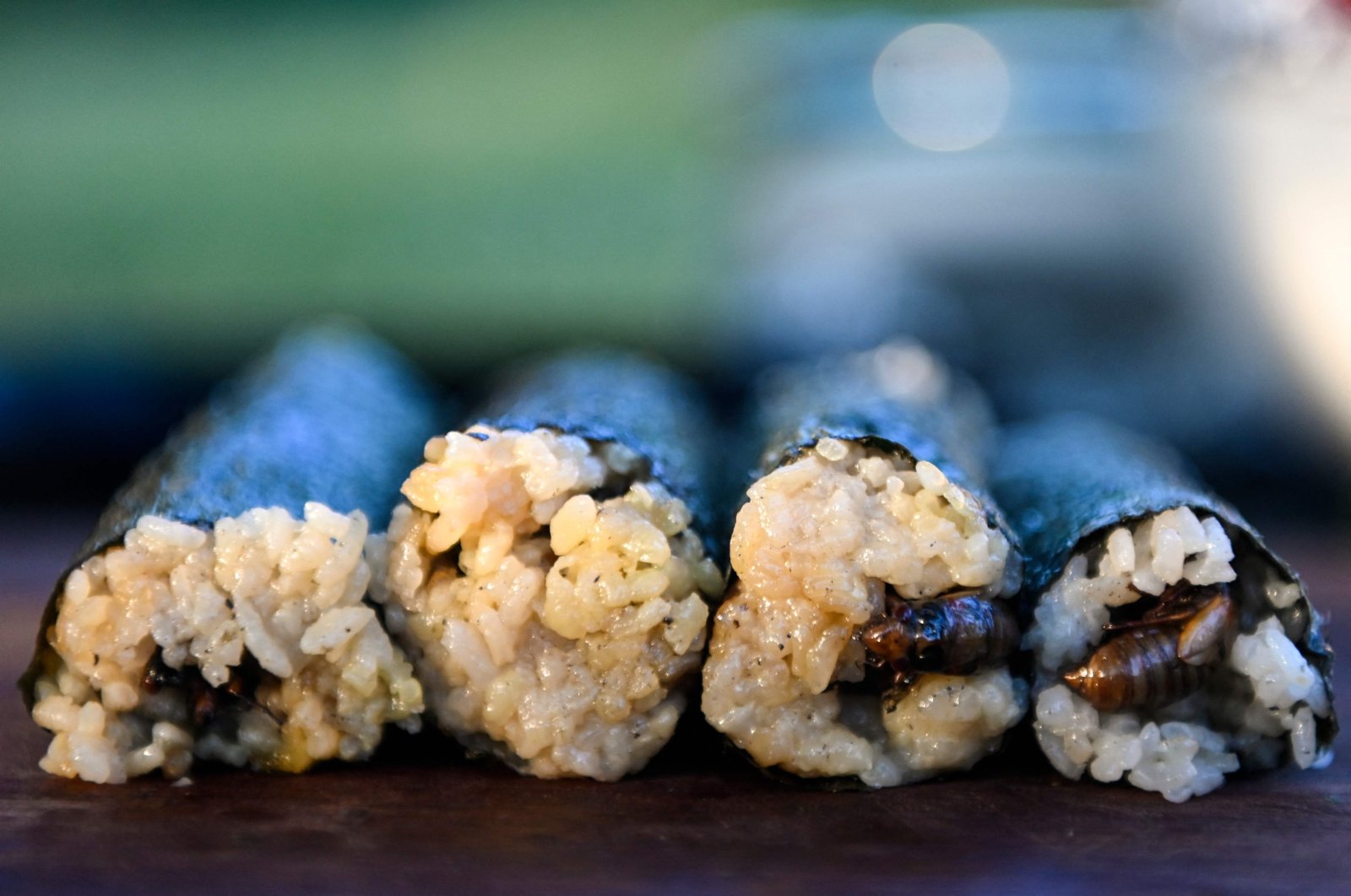 Every 17 years something extraordinary takes place with swarms of Brood X cicada nymphs, which had been living underground for close to two decades, emerging en masse to the surface in the eastern United States. Trillions have already started to do so, and this time a chef in the nation's capital saw a rare opportunity to expand his repertoire of dishes while supporting sustainability.

Bun Lai, an advocate for the sustainable food movement, invited locals for an insect hunt in a city park followed by a taste of his fried cicada sushi.

"In a world where we're suffering from the biggest pandemic in history, which is not COVID-19, but diet-related diseases, we're going to have to take a revolutionary approach to how we're used to eating," he said.

Over the weekend, the Hong Kong-born American chef showed residents how to harvest, cook and prepare cicadas as a way to talk about alternative methods of farming and eating.

Using his Instagram and Twitter accounts, Bun announced when he would be catching and cooking a few, and then sharing them free of charge.

"Free cicada hunt and cookout," Bun tweeted. "Bring ingredients to cook with and join me in getting creative or just eat!"

For those who answered the call, the culinary adventure began by collecting some of the tastiest-looking bugs.

Stella Roque, a 36-year-old who grew up with a fear of insects, was not overly eager, but she viewed it as a way to overcome her phobia.

"I'm here today because Bun Lai invited me to try cooked cicadas, and I thought it was going to be an interesting experience," she said.

"I decided to come along, given that I had heard about the whole cicada apocalypse happening in the area."

And she's not alone in trying some creepy-crawly cuisine. Cicada tacos are popular menu items in restaurants just now, according to The Washingtonian magazine.

However, Bun cautioned against cicadas becoming a "gourmet food," fearing they could even be "eaten away like we have with so many species that we've become obsessed with over time."

The group collected cicadas and edible greens from around the park under Bun's guidance. The cicadas were then placed in a jar near other fresh ingredients beside a charcoal fire.

The chef seasoned the cicadas with salt before frying them in a large skillet. Finally, the fried insects were rolled into sushi, getting wrapped in large leaves with rice and vegetables, before being served.

Roque, expecting the worst, said she was in fact "delightfully surprised."