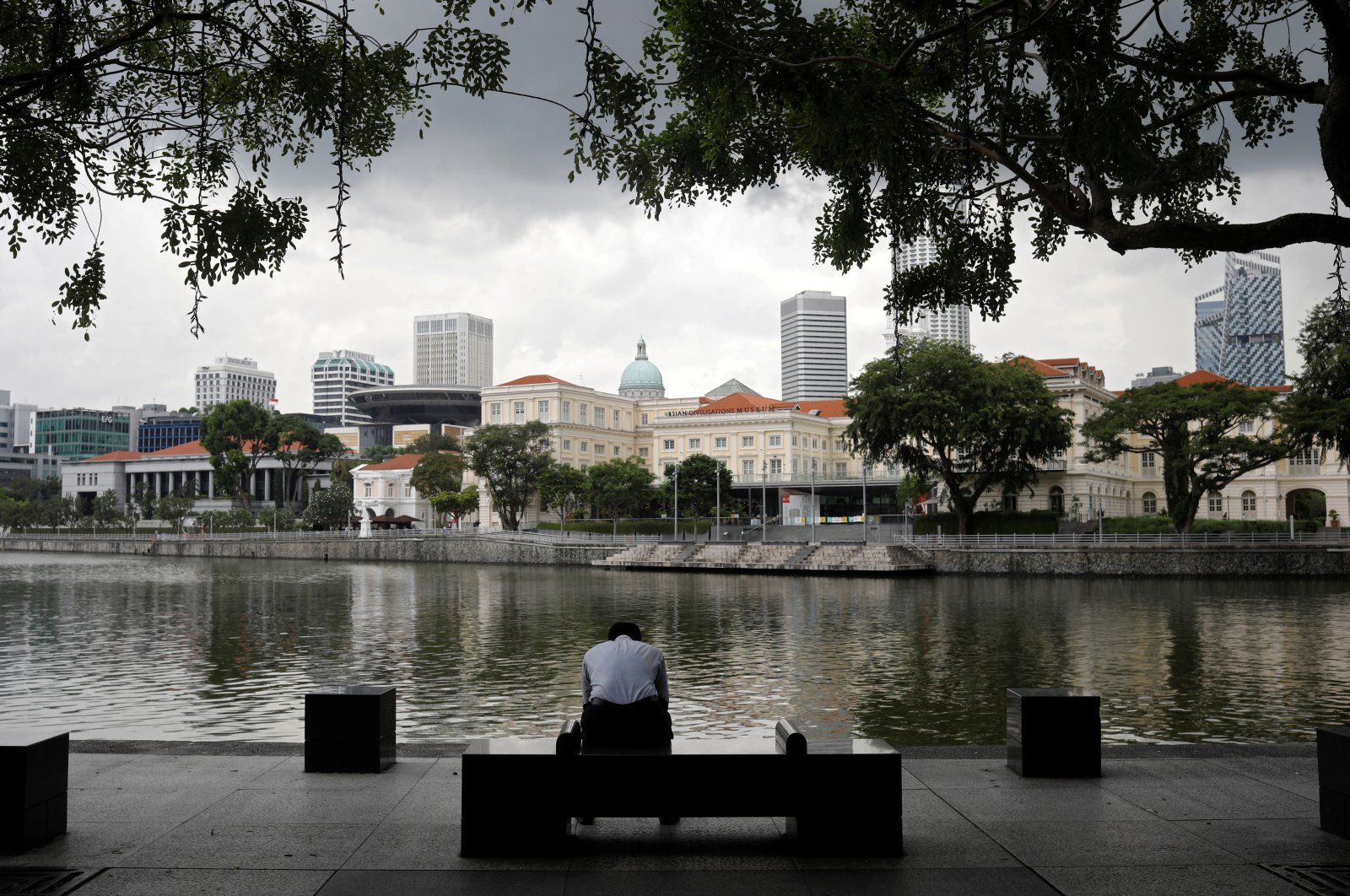 An office worker sits by the river side during lunch hour at the central business district in Singapore December 14, 2020. (Reuters Photo)
by French Press Agency - AFP Dec 16, 2020 8:37 am
RECOMMENDED

Lab-grown chicken meat will make its debut at a Singapore restaurant in a culinary first this weekend after the company behind the product announced its inaugural sale Wednesday.

US start-up Eat Just said earlier this month that its product had been approved for sale in the city-state as an ingredient in chicken nuggets after Singapore became the first country to allow meat created without slaughtering any animals to be sold.

On Wednesday, the company said it had made its first commercial sale of the product to 1880, a restaurant in Robertson Quay, a posh riverside entertainment centre.

Eat Just chief executive Josh Tetrick said the news "moves us closer to a world where the majority of meat we eat will not require tearing down a single forest, displacing a single animal's habitat or using a single drop of antibiotics".

The restaurant will start serving it from Saturday, the company said.

Three cultured chicken dishes will be served, "each bite influenced by a top chicken-producing country in the world: China, Brazil and the United States", the statement added.

"This is a very exciting collaboration for me," said Colin Buchan, the restaurant's executive chef who used to cook for footballer David Beckham.

"I think people are going to love it."

Demand for sustainable meat alternatives is rising due to growing pressure from consumers about the environment and animal welfare, but other products in the market are plant-based.

Meat consumption is projected to increase more than 70 percent by 2050, and lab-grown alternatives have a role to play in ensuring a secure food supply, the company said.

There were concerns that lab-grown varieties would be too expensive, but a spokesman for Eat Just said the company had made "considerable progress" in lowering the cost.

Singapore, the high-tech city-state, has become a hub for the development of sustainable foods, with start-ups producing goods ranging from lab-grown "seafood" to dumplings made with tropical fruit instead of pork.