Make it liquid again: How to revive crystallized honey 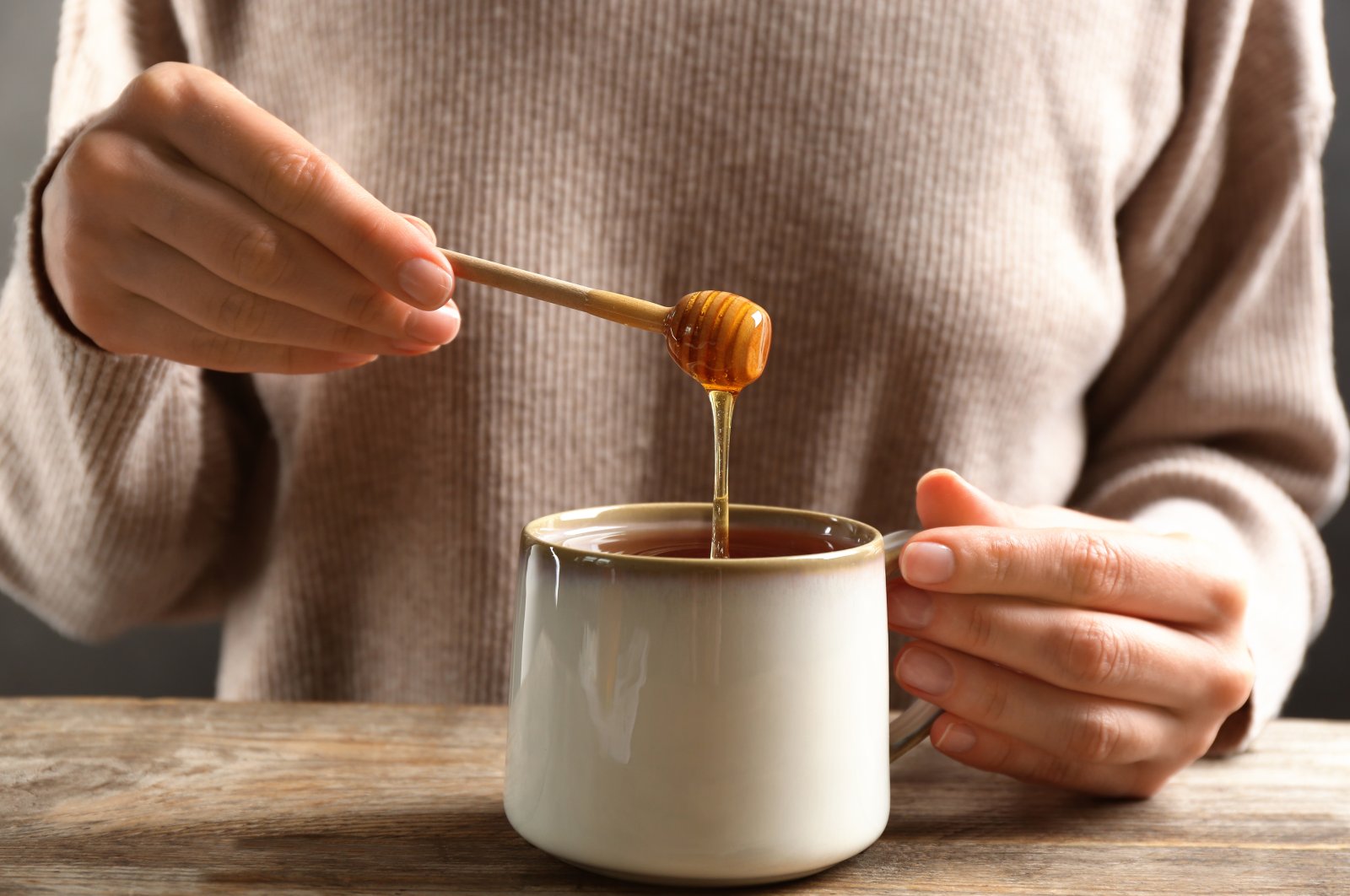 Wonderfully velvety and creamy on the tongue: this is how most people want their honey on their toast in the morning. If, however, you find the sweet substance has crystallized and feels like sand between your teeth, you might think it's gone bad.

"When consumers discover coarse crystals in liquid honey, they might come to the conclusion that the product must have been adulterated with sugar," reports Marion Hoffmann from the German Beekeepers' Association. But it is the honey's own sugar that is at work during crystallization, and the product is still edible.

To understand why honey changes, you have to know what the golden substance consists of. "Honey is made up of 80 to 85% sugar and 15 to 20% water," Hoffmann explained. "It also contains small quantities of other things such as enzymes and minerals."

Natural honey also often contains pollen grains. They are so tiny that they do not get caught in the beekeeper's sieve when the honey is being processed. In contrast, almost all solid components such as pollen are filtered out of industrial honey, which is usually what you can find in the supermarket.

It's the glucose that crystallizes

Honey is made up of fructose and glucose, with the two sugars contributing to its delicious sweetness. But it's only glucose that crystallizes: Over time, the molecules cross-link and form lattices. Crystallization nuclei act as the starting points. "This can be pollen grains or small air bubbles in the honey," Hoffmann explained.

This results in the honey changing consistency. Some kinds of honey become a lot firmer, with the formation of small crystals that are barely noticeable on the tongue. Other kinds of honey remain liquid but are interspersed with coarse crystals. These processes can almost never be observed in supermarket honeys, as the necessary crystallization nuclei have been removed and filtered out.

With honey you get from beekeepers, however, crystallization is a matter of time. How quickly the honey changes depends on the proportion of glucose of the respective variety.

"It only takes a few days for rapeseed honey to form crystals. In general, spring honey tends to be soft set," said beekeeper Joachim Kieschke. This also includes dandelion or fruit blossom honey. There is little glucose in forest honey, which tends to be liquid. Acacia honey, for example, takes around three years before you can see the first crystals.

Beekeepers can influence the formation of crystals. Before the honey is filled into jars, it is usually stirred, as beekeeper Sebastian Faiss explained: "Stirring the honey makes the corners and edges of the sugar molecules round, meaning they can no longer attach to each other so well." This makes the honey creamy and it mostly stays that way.

If the honey has not been stirred long enough, the crystals will form in an uncontrolled way. Rather coarse crystals develop, which feel funny on the tongue and make you ask yourself if there is any way to salvage it. There is: Heat. "You can heat the honey at around 30 to 35 degrees over several hours," explained Kieschke.

However, the honey should not be exposed to higher temperatures: "Otherwise the good content such as enzymes, vitamins and amino acids will be destroyed," said the beekeeper. As tempting as it may seem to take a shortcut with a microwave, honey experts advise against it not only because of the high temperatures. "The honey tends to boil over in the microwave, which then becomes a sticky mess," warned Hoffmann.

It's better to be patient and heat the honey in a bain-marie, on the radiator or on a sunny windowsill. "You can also put it in the oven at 50 degrees for a short time – but you really need to keep an eye on it," said Faiss. It's also important to stir it regularly with a spoon.