Sweet and salty figs: How the fruit figures in Turkish cuisine 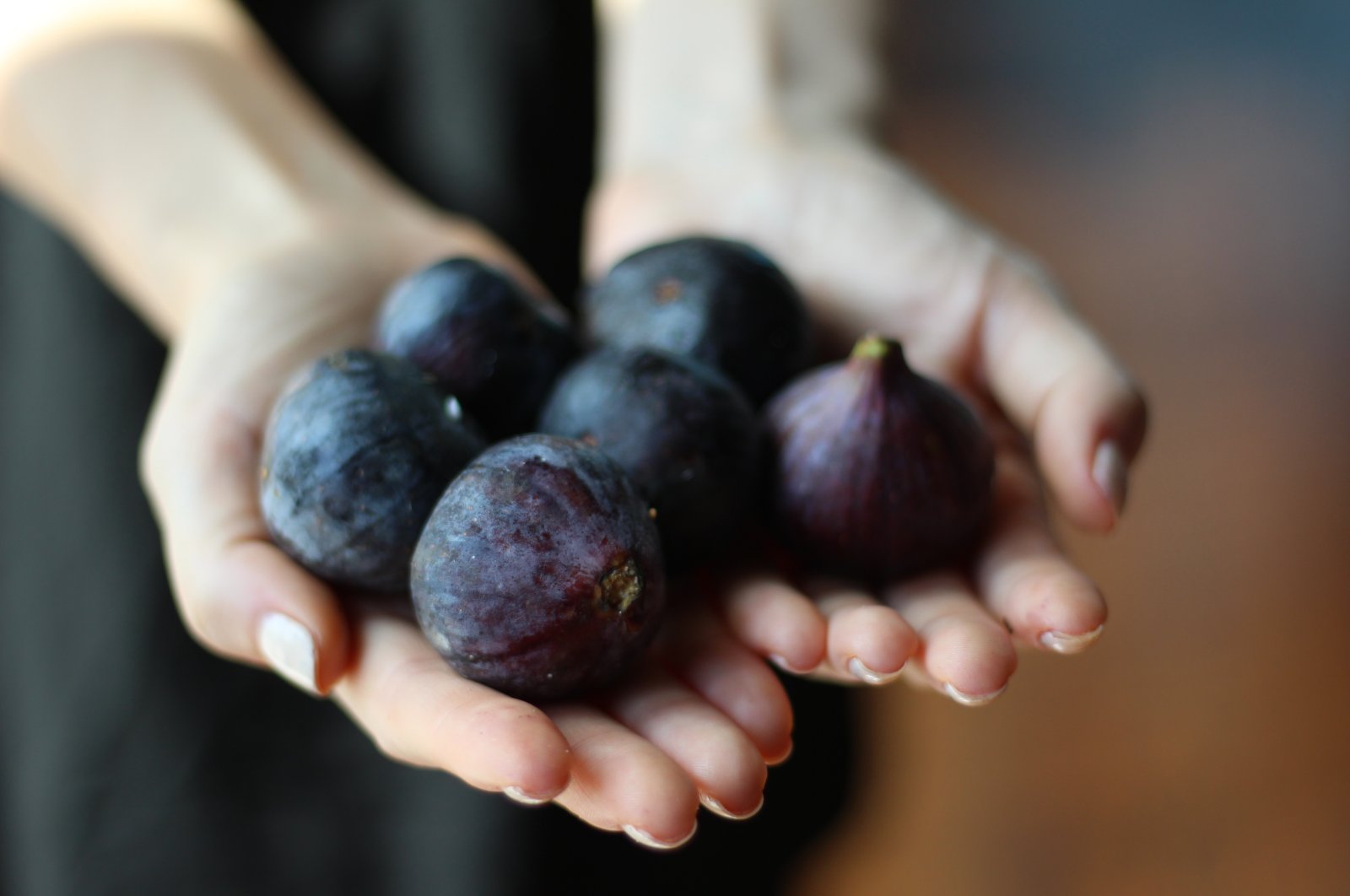 Turks enjoy figs year-round, fresh figs in the summer and their dried variation in the winter. (Shutterstock Photo)
by Leyla Yvonne Ergil Sep 16, 2021 9:17 am

It's the season of figs, a delightful fruit Turkey’s Mediterranean region is famous for. You might be surprised to discover some of Turkish cuisine's unique sweet and savory dishes that incorporate the fruit

The harvest of ripe figs always marks the end of summer here in Turkey as the fruit lines the market stalls in their white and black varieties. More commonly consumed fresh, dried or preserved as a jam, there are actually a number of wonderful recipes in Turkish cuisine centered on the beloved fig, of which Turkey is actually the world’s largest producer.

While Turks actually enjoy figs year-round in their dried variation, this bulbous fruit’s peak is in the final months of summer, namely August and September, when you can find them fresh and ripe and bursting at the seams on market stalls. Black figs are more purplish in color and tend to be sweeter, while white figs have a green exterior. Both fruits have a similar pinkish-red juicy interior. Then there is the “dağ inciri,” meaning literally "mountain fig," which grows wild and is revered for its high nutritious value. These figs, of which Aydın is famous for, tend to be browner, smaller and drier and thus what may seem to be a lesser-appealing variety of the fruit, is actually the most sought after for those in the know in Turkey.

While Turks tend to eat figs fresh and dried and in the famous dessert ashura, aka Noah’s pudding, there are actually a number of lesser-known regional sweet and savory dishes in Turkish cuisine that are centered on the fig. Starting with savory, one such dish is fig dolma in which the figs are stuffed with rice spiced with cinnamon and allspice, pine nuts and occasionally even minced meat. Popular in Thracian cuisine, and especially the northwestern province of Kırklareli, there is also a dessert of the same name in which figs are stuffed with rice and crushed walnuts and then doused in a simple syrup and topped with a dollop of kaymak, clotted cream produced from buffalo milk. Fig dolma varieties are prepared using dried figs as they are cooked in boiling water on a stovetop. A tip for distinguishing between the savory and sweet fig dolma in Turkey is to look out for the superseding title of “zeytinyağlı” (“olive oil") before the dishes' name. It means it will be savory as olive oil is not used in the preparation of Turkish sweet dishes.

One dish that walks the line between sweet and savory is a dish from Kırşehir and Konya by the name of “incir yağlaması” or “incir kavurması,” which is basically chopped figs sauteed in butter. This can then be eaten by dipping into the caramelized fruit and its juices with bread. Other variations add crushed walnuts, cinnamon and sugar to the buttery figs, making the dish undeniably sweet. While in Kars, eggs are cracked into the mix, which is then baked for a variation on the same dish. Meanwhile, “patlak Incir” pits boiled figs sauteed with olive oil and red pepper paste, which is covered with scrambled eggs.

Nomadic Turkmen are said to be the creators of “incir uyutması” as they supposedly used what they had on hand to make a satisfyingly sweet milky pudding of figs, crushed walnuts or almonds and cinnamon. This pudding dish is popular in a number of regions including throughout the Black Sea as well as in Thrace and Konya. In Tekirdağ, for example, this dish is referred to as “sütlü incir tatlısı” ("fig dessert with milk"). Prepared by blending fresh figs or dried figs that have been soaked in water with a pudding made from milk, sugar, vanilla and cornstarch.

Similar to the baked pumpkin or quince dessert, “taze incir tatlısı” is a fig dish in which the fruit is baked in a syrup of sugar, cloves and cinnamon, and adorned with crushed walnuts to serve. There is also the dish of fig baklava, a type of baklava in which dried figs are stewed in milk with sugar, walnuts and raisins and stuffed in thin phyllo dough to resemble little pockets of figs, which is then doused in a milk-based syrup and drizzled with butter over the top. “Incir ıslaması,” a dessert from Turkey’s Aegean region, is simply figs stewed in milk and cinnamon. When I was growing up in the United States, the fig-stuffed shortbread cookies called Fig Newtons were all the rage. Well, luckily, here in Turkey we have fig biscuits, which is practically the same thing.

A little wasp with your flowers

I refer to the fig as a fruit; however, the little miniature pear-shaped pod actually consists of inverted flowers that have bloomed to make multiple fruits. Due to its unique composition, the fig is also pollinated in its own distinctive way by the fig wasp, which together the bee and the fruit live in exclusive mutualism, meaning one cannot live without the other. As part of the pollination process, female fig wasps make their way to male fig wasps, which we are not generally consumed, and lay eggs that hatch into male fig wasps with no wings and female fig wasps whose purpose is to mate and seek out a new male fig to pollinate.

The male fig wasps chew a passage for the female wasp to exit the fig, and they themselves die. It’s all very romantic. It is true that fig wasps can accidentally make their way into the female fruit, the type we regularly consume and being unable to escape a female fig wasp may come to her demise inside that very fig you may soon be having a bite of. Thankfully, the fig has a special enzyme called “ficin” that breaks down the wasp into protein, and so you would never know if there was a helping of a disintegrated wasp in your fruit.

Wasp or not, what I have learned from my fig-eating experience in Turkey is that no matter what, you don’t want to overindulge as the high fibrous content can be a shock to the system if consumed in excess, which I witnessed when I had to take a visiting foreign friend to the hospital after she ate about 2 kilograms (4.4 pounds) of the fruit in one sitting!