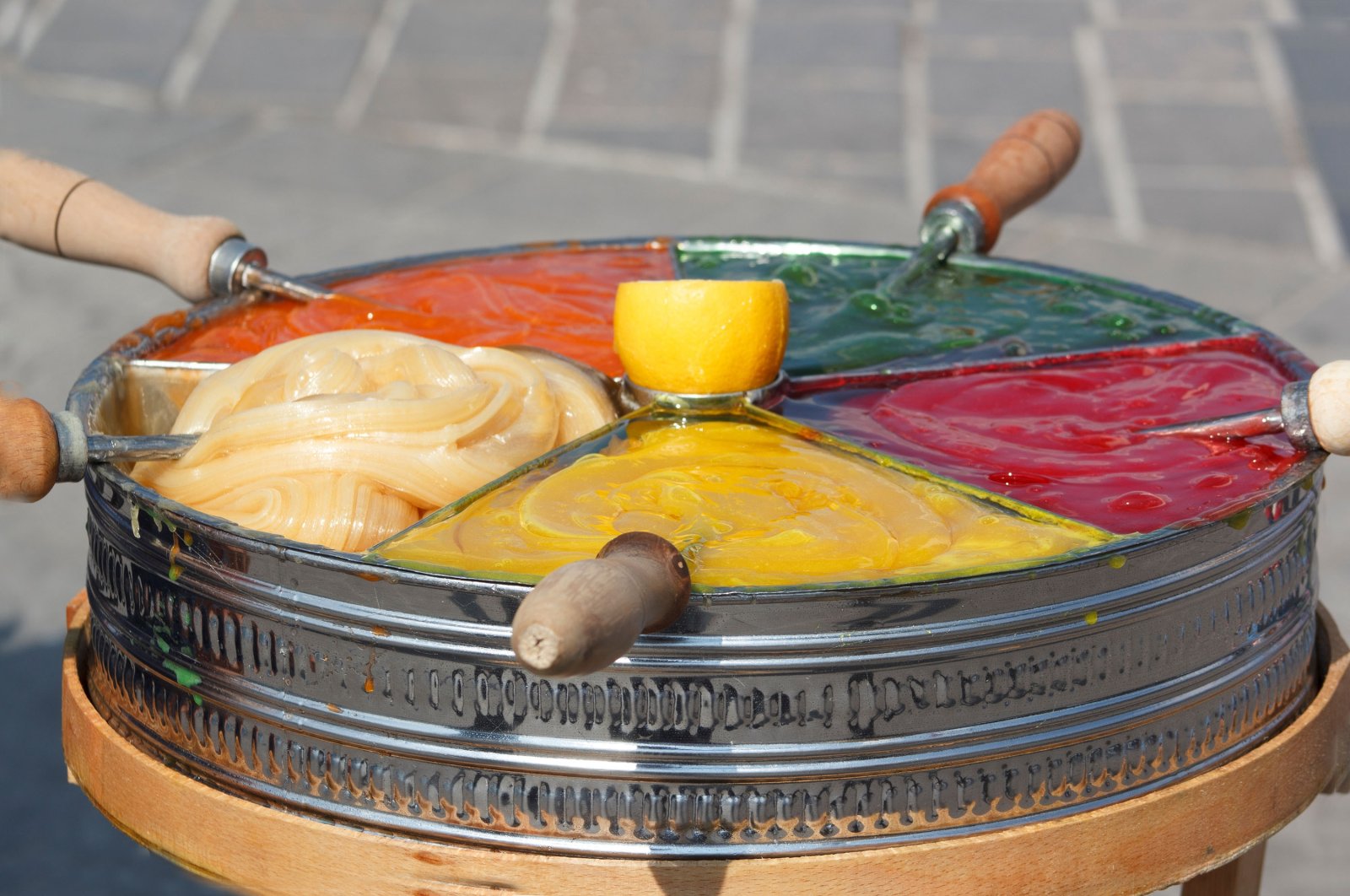 Turkey is filled with unique, tasty street foods that many who visit talk about, but maybe some glance over the fact that in Turkish streets one can also find a treasure trove of sweet, must-try desserts

Having studied in Istanbul I had the pleasure of trying out many Turkish street foods. It gave me a priceless experience with the cheap, quick and delicious delights of Istanbul’s streets – Though how healthy that was in the long run is debatable! We have written about street food extensively here before, but the desserts weren’t featured as much. We enjoy a great variety here – stuff like cotton candy is a popular street food here as well – but I want to focus on the stuff you can't find elsewhere easily. So here is a small selection of popular Turkish desserts.

Why pair these three together? Because, in the end, they are essentially the same – aside from their shape that is. Do you know churros? Add simple syrup to it, with a dash of lemon and you get yourself the tulumba and halka desserts. The tulumba is like a short churro with riffles all around it. Halka means "ring" in Turkish, and as the name suggests is in the shape of a ring. The tulumba version is usually sold in a small cup in portions while the halka is directly given into your hand, usually with a piece of paper to prevent your hands from getting all sticky.

The lokma is close to these, but are small balls with a long tradition of being made freshly and given out as treats after funerals and other occasions. In the last few years, they gained wide popularity with shops popping up offering this syrupy treat with chocolate and a wide variety of toppings.

With a star pipe nozzle, you can make this look as authentic as it can be! The first few ones might not look on point, but practice makes perfect.

Before doing anything prepare the syrup by dissolving the sugar in the water and bringing it to a boil. Let it simmer for five minutes and add the lemon juice. Set aside to let it cool off.

For the dough mix the water, salt, oil, lemon juice and vinegar into a pot and boil it. Continuously add the flour and stir it without stopping for about 3 to 5 minutes. Get that off the heat as well and let it cool off until you can touch it but it is still kind of warm. If you forget it and it cools off completely – well that’s not a problem at all. Just don’t mix in the eggs when it is hot because you don’t want to cook them prematurely. Mix the eggs in with either a mixer or a spatula until you get a smooth dough.

Prepare a piping bag with a star tip and transfer the dough into the piping bag. In a deep enough pot, heat up the oil and pipe short pieces (about 3 centimeters, a little bigger than an inch) of the dough into it. Let them fry, stirring from time to time, until they turn golden brown. Take them out of the oil and place them directly into the syrup. Let them soak in the sugary syrup for a bit then remove. Enjoy!

From a colorful tray, street vendors make you your personally flavored lollipop by artfully wrapping around the differently flavored “macun.” This macun actually originates from the Ottoman era and had medicinal purposes, called “mesir macunu.” These sellers can be found on many festival grounds and especially during the holy Islamic month of Ramadan. If you want to give the more medicinal version a try, I did share a recipe for that.

A dessert that I was delighted to have encountered in the blistering heat of the Mediterranean. The ancestor of the snow cone, Karsambaç is made from ice or snow from the mountains of Mersin and its surrounding regions. The ice is scraped off with a knife and then doused with a sweet syrup. Depending on the seller the syrup can have different flavors, but the watermelon syrup I tried was indeed delicious! You can find it also if you go to the neighboring Adana, though its name there is “Bici bici.” Sometimes they are just collectively called “kar helvası,” meaning literally “snow halva.”

Named after the city Kahramanmaraş, this ice cream is different. Not only the artful way the street vendor teases you with his tricks, seen hundreds of times on social media, but also in its taste and texture. It is quite dense and does not melt as fast as your traditional gelato, plus it is chewy and almost stretchy. The reason for that texture is the Arab gum and salep, also giving a distinct taste to the ice cream that can best be experienced if you ask for “sade” – the otherwise non-flavored version of the ice cream.

"Halva, but as a wafer." This dessert is a unique dish that contains a sweet layer of halva between thin layers of wafer. If you are stuck in a traffic jam you might find a vendor selling this, allowing you to munch away your stress with a quick snack. However, you can enhance this light dessert with the previous part: ice cream! Putting the thick Maraş ice cream between two pieces of halva wafer, you can quickly make an ice cream sandwich. Many street vendors offer to make you one specific to your taste.