Harry and Meghan at top of Times 100 influencer list 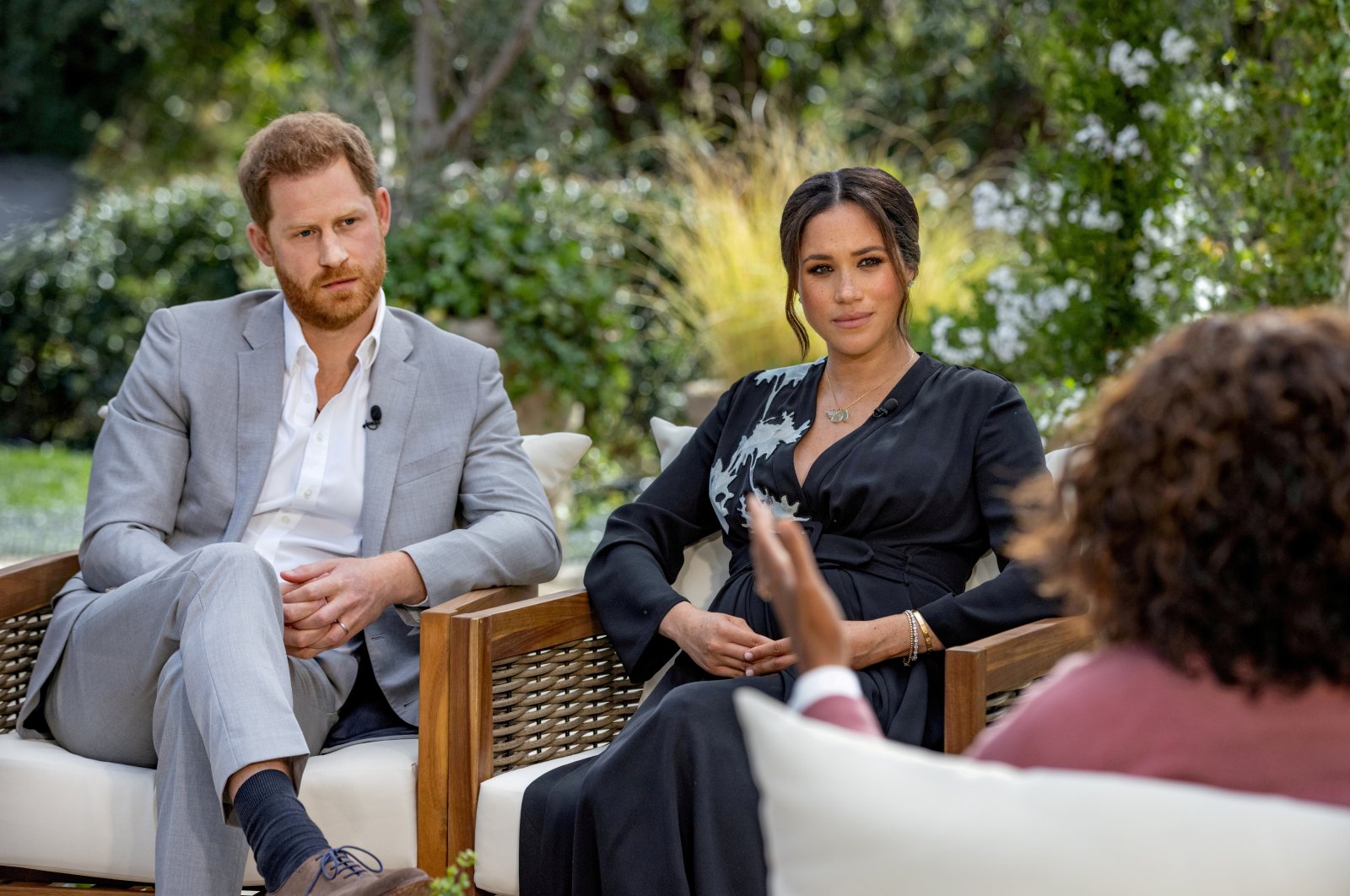 Britain's Prince Harry and Meghan, Duchess of Sussex, are interviewed by Oprah Winfrey in this undated handout photo. (Harpo Productions/Joe Pugliese/Handout via Reuters)
by REUTERS Sep 16, 2021 8:38 am
RECOMMENDED

The cover of Time magazine's annual 100 most influential people in the world issue featured Britain's Prince Harry and his wife Meghan on Wednesday.

Harry and Meghan, who quit their royal duties last year and moved from Britain to California, are featured on one of seven worldwide covers highlighting the honorees.

The photo shows the couple, who are titled the Duke and Duchess of Sussex, dressed casually with a background of trees.

Time magazine editor in chief Edward Felsenthal said the 100 list features "extraordinary leaders from around the world working to build a better future" who "in a year of crisis have leaped into the fray."

Harry and Meghan left Britain in 2020 to build an independent life, launching their Archewell Foundation as well as cutting lucrative deals for producing TV shows and a podcast.

Chef Jose Andres, who funded the World Kitchen nonprofit that partners with the Archewell Foundation, wrote in a tribute that it would have been safer for the couple to stay silent.

Spears, 39, made the list for the first time in a year that has seen her struggle to get rid of a conservatorship that has controlled her personal and business affairs for 13 years come under increasing scrutiny.

The "Stronger" singer was celebrated by reality star Paris Hilton, who wrote that Spears "embodies joy" despite her struggles. "So we stand by her and root for her as she turns pain to purpose, her unwavering spirit stronger than ever."

Rapper Megan Thee Stallion, writing about seven-time Grammy winner Eilish who also got her own cover, called the 19-year-old musician "a unique soul" who "stands up for herself and advocates for women everywhere."

The special issue of Time goes on sale on Friday.

International Energy Agency (IEA) Executive Director Fatih Birol has been named among the world’s 100 most influential people by Time magazine.

Birol, a Turkish citizen, said it is important for him to represent the global energy sector as one of the most important sectors for the world economy.

“It is a great honor to represent my country,” he told Anadolu Agency (AA) following the announcement.