A break from screens: Is it actually good for your well-being? 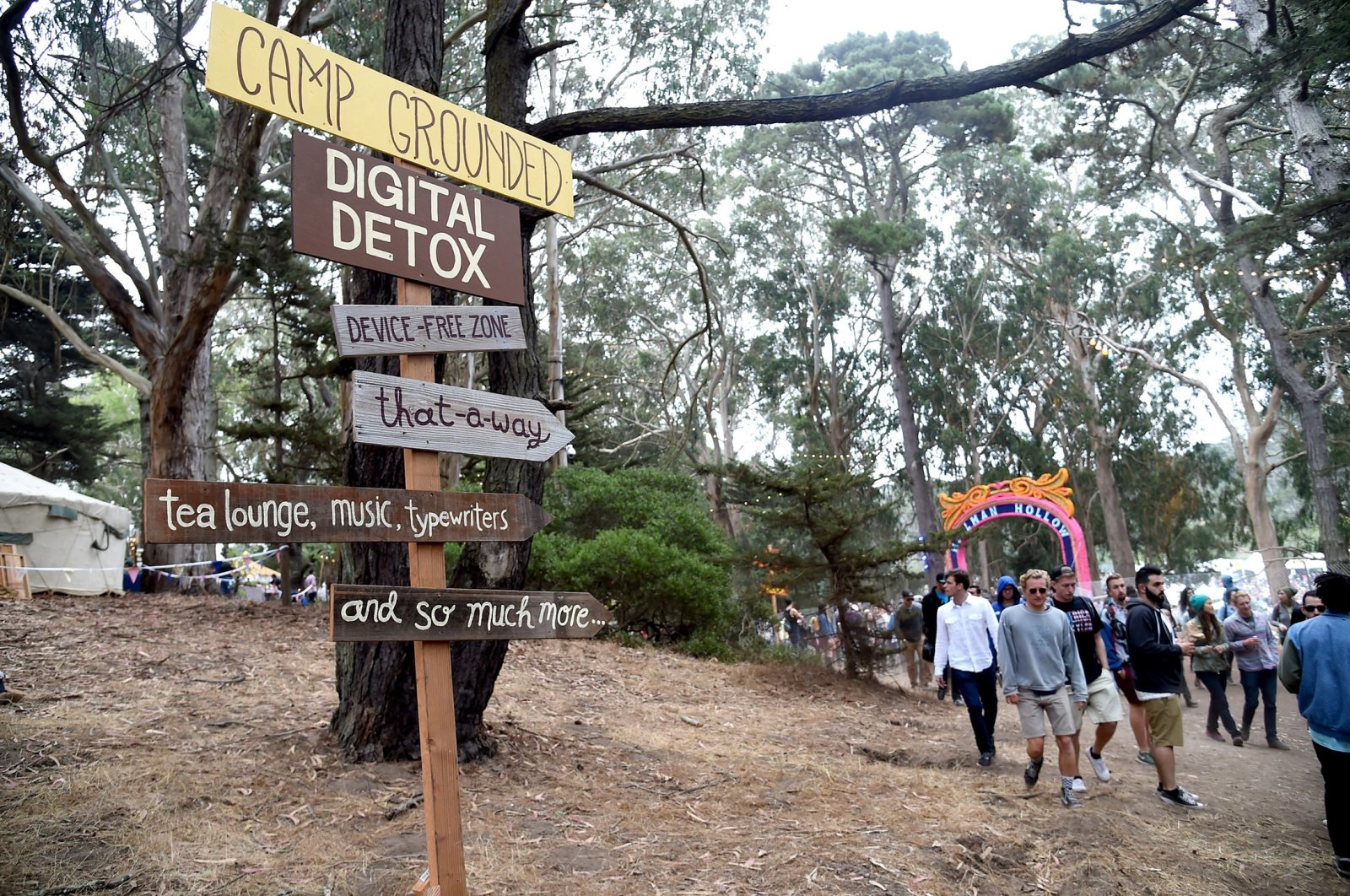 You wake up and check your notifications. You start your day and spend it in front of a computer screen. You end your workday and spend your time after work in front of another screen, be it your phone or television. Finally, you go to bed, checking your notifications one last time before closing your eyes. Such dependency on digital gadgets must have a toll on one's well-being, right? Well, this is the question that bugs many nowadays.

Tired of having to gaze at a screen for anything from a pub quiz to work calls, Anna Redman and her boyfriend headed to a wooden cabin outside London, locked their phones in a sealed envelope and spent three days off-grid earlier this year.

"It felt really appealing to not have access at all for a few days," said Redman, 29, who works in public relations and started to crave a "digital detox" as almost all her social contact shifted online during COVID-19 lockdowns.

The couple are among a growing number of people opting to take a temporary break from technology as the pandemic fuels tech fatigue, and an array of products and services have sprung up to meet the demand.

From apps that temporarily lock people out of their devices to luxury retreats limiting guest Wi-Fi access and restaurants that ban phones at the table, such solutions promise to help boost well-being by letting people reconnect with real life.

Even before the pandemic struck, interest in digital detoxing had been growing steadily in recent years, industry experts said.

A 2018 survey of more than 4,000 people in Britain and the United States by market research firm GWI found one in five had been on a detox, with 70% trying to limit the time they spent online.

Unplugged, a British startup that manages several off-grid cabins near London – including the one where Redman stayed — opened five new locations this year after launching the first in 2020 and was booked all summer, said co-founder Hector Hughes.

"People really just want a break and I think this is a direct result of lockdown and spending all this time on screens," he told the Thomson Reuters Foundation.

"We put cabins an hour from city life. People go and literally padlock their phones in a box. We give them a map and a Nokia and leave them to it for three nights," he added.

Taking a break from tech is often billed as a way to boost overall well-being, helping to fight sleeping disorders, anxiety and depression.

But some researchers are skeptical.

The advertised benefits are often linked to other variables rather than mere tech abstinence, said Theodora Sutton, a digital anthropologist who has been researching an off-grid retreat in the United States.

"People say they feel better after a weekend in the woods, but they have been on holiday enjoying themselves," she said.

"If you just take technology away and don't replace it with anything else, you are not automatically going to have a better time."

Wenjie Cai, a lecturer in tourism and hospitality at the University of Greenwich whose work focuses on digital detox holidays, said the experience was an "emotional roller-coaster."

Holiday-goers report higher levels of anxiety when they are separated from their phones at the start of a stay and again at the end, when they prepare to be reunited with them, he said.

A 2019 study by Loughborough University, in Britain, found a 24-hour period of smartphone abstinence had no effect on mood and anxiety.

Participants in a similar study by Oxford University researchers this year did not report improved personal well-being, such as feelings of greater self-esteem or satisfaction when they quit social media for a day.

"It's very likely nonsense to say that one simple trick like switching off your phone can lead you to live a happier life," he said.

Still, using tech occupies time and attention that some might feel could be better used elsewhere.

"As human beings, we're always trying to fit together all kinds of things, like being a father, being a husband, being a professor ... there's always a balance that you have to strike," said Przybylski.

For some people, a digital detox retreat can be an opportunity to evaluate daily habits and consider whether they need changing, Cai said.

Participants in his research reported engaging more in self-reflection during an out-of-town tech break.

And while most people returned to their previous phone usage after the detox, some resolved to reduce the amount of time they spent using their devices, he said.

"Many people found there is nothing urgent waiting for them when they turned their phones back on and this gets them to think about how they can actually do away with the device a few hours a day and be more focused on work or leisure," he said.

Redman deleted Instagram from her personal phone after her off-grid weekend, and now leaves it at home when she goes out for a walk.

"I get an hour to myself where I'm not thinking about work," she said.