Airing out or boiling: How to safely reuse your FFP2, N95 face mask 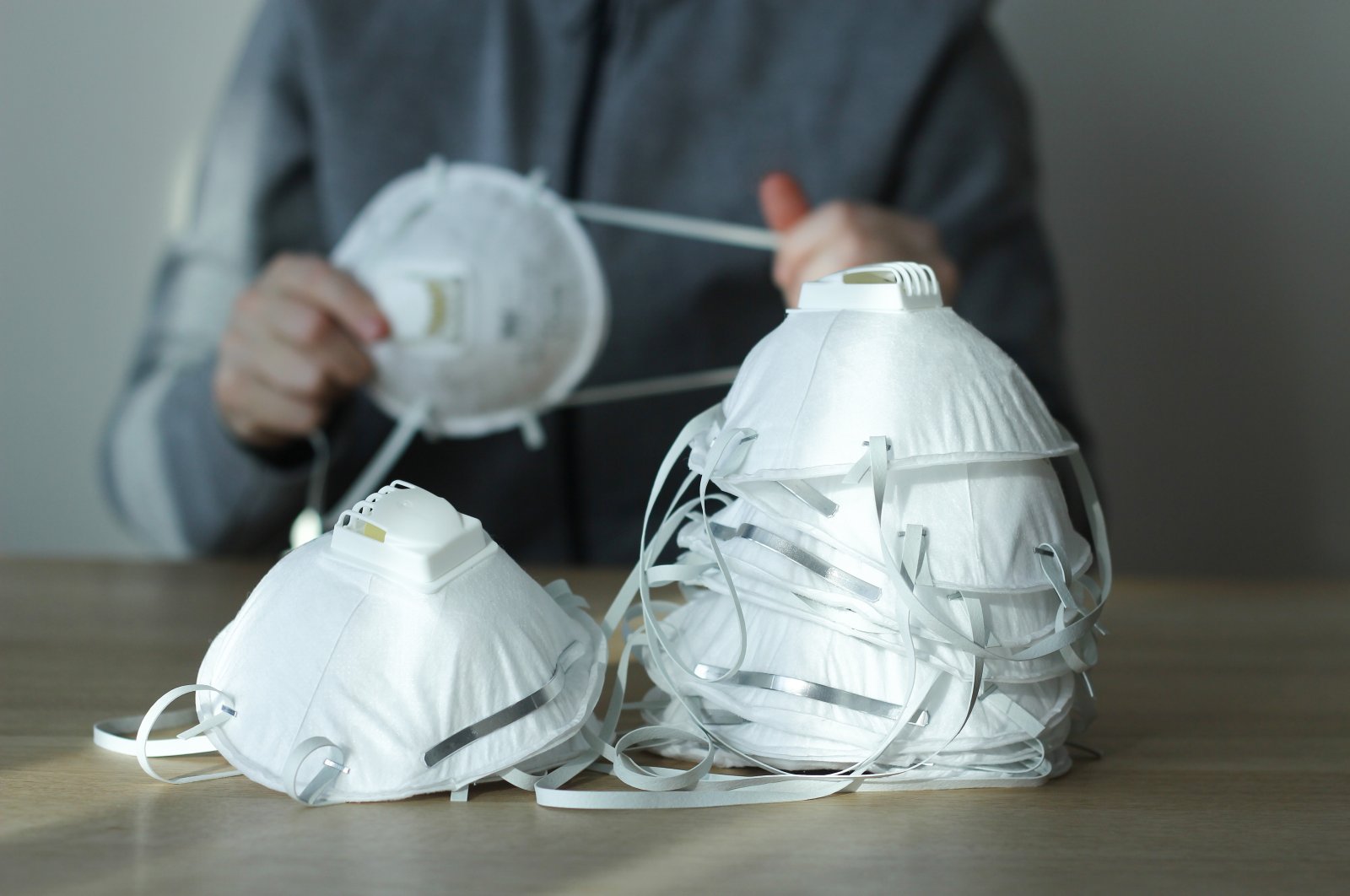 Many people use their FFP2 masks for days on end, sometimes leaving them in their pockets in between. (Shutterstock Photo)
by German Press Agency - DPA Jun 09, 2021 9:58 am
RECOMMENDED

Some people use their FFP2 or N95 several times, keeping them in pockets in between. However, according to experts, this is not the best way to reuse your face mask.

To be clear, anyone wondering whether you need to take such steps before reusing a mask – instead of simply wearing it over and over – should know that pathogens you may have exhaled remain on the inside. Put the mask on again without doing anything, and you're breathing them in. Also, your possibly infected hands touch the mask every time you take it off or put it on – from there, it can get in your eyes or nose.

In short, it's safer to kill bacteria and viruses before reuse.

However, the question arises of how to maintain filter performance after disinfecting a mask. Researchers in Germany have found three ways that are easy for the general public to disinfect their masks.

The options are in the oven, in the air and in the cooking pot.

The oven method has come under fire because it's easy to mess up: If it's too hot, the filter is damaged; too cold and viruses don't die.

Chemist Martin Kreyenschmidt says that in his opinion, boiling your mask in a pot is the best method. Put the mask in a tightly sealed bag meant for freezing or boiling and put it in the water for 10 minutes. "This a very simple method where you can do little wrong."

An FFP2 mask can be boiled this way about three times at most. Before trying this method, be sure to read up online on how to do it first.

The third method is air-drying: Hang the mask up with a hook and leave it to dry for a week. This can be done up to five times before the mask should no longer be used.

Occupational safety expert Peter Paszkiewicz is skeptical of such reprocessing methods and belongs to those critical of the oven method. If you want to reuse a mask several times, says the German expert, air drying is best. "That's what we recommend," he says.

Under no circumstances should the mask be stashed in a pocket or purse. "Then bacterial cultures develop quite superbly," he says. Masks should hang in the open, ideally for several days in the sun.

Indications such as NR or R on the masks are not relevant for everyday users, he says. NR means the masks should not be reused. But "from an infectiological view, this has no relevance; it's more related to occupational safety," according to Paszkiewicz.

Self-disinfecting masks are a thing: Special materials deactivate viruses and bacteria within a certain amount of time, and afterward, you can put the mask back on. One solution uses positively charged textile surfaces to destroy the negatively charged bacteria and viruses; Swiss manufacturer Livinguard uses this in its masks.

Researchers in Berlin have looked at these textiles and found that while the viruses are deactivated, it takes a few hours. It's not as if the SARS-CoV-2 virus particles are neutralized right away.

From Kreyenschmidt's point of view, such a product lulls consumers into a false sense of security, and it's impossible to say realistically how quickly the protective ability will wear off.

Before buying such a product, be sure to really study its certification and see what standards it meets – this can help stop you from spending money on a mask that's, in the end, useless.

FFP is the European standard for particulate respirators, similar to the U.S. standard of N95, which filters out 95% of aerosols.