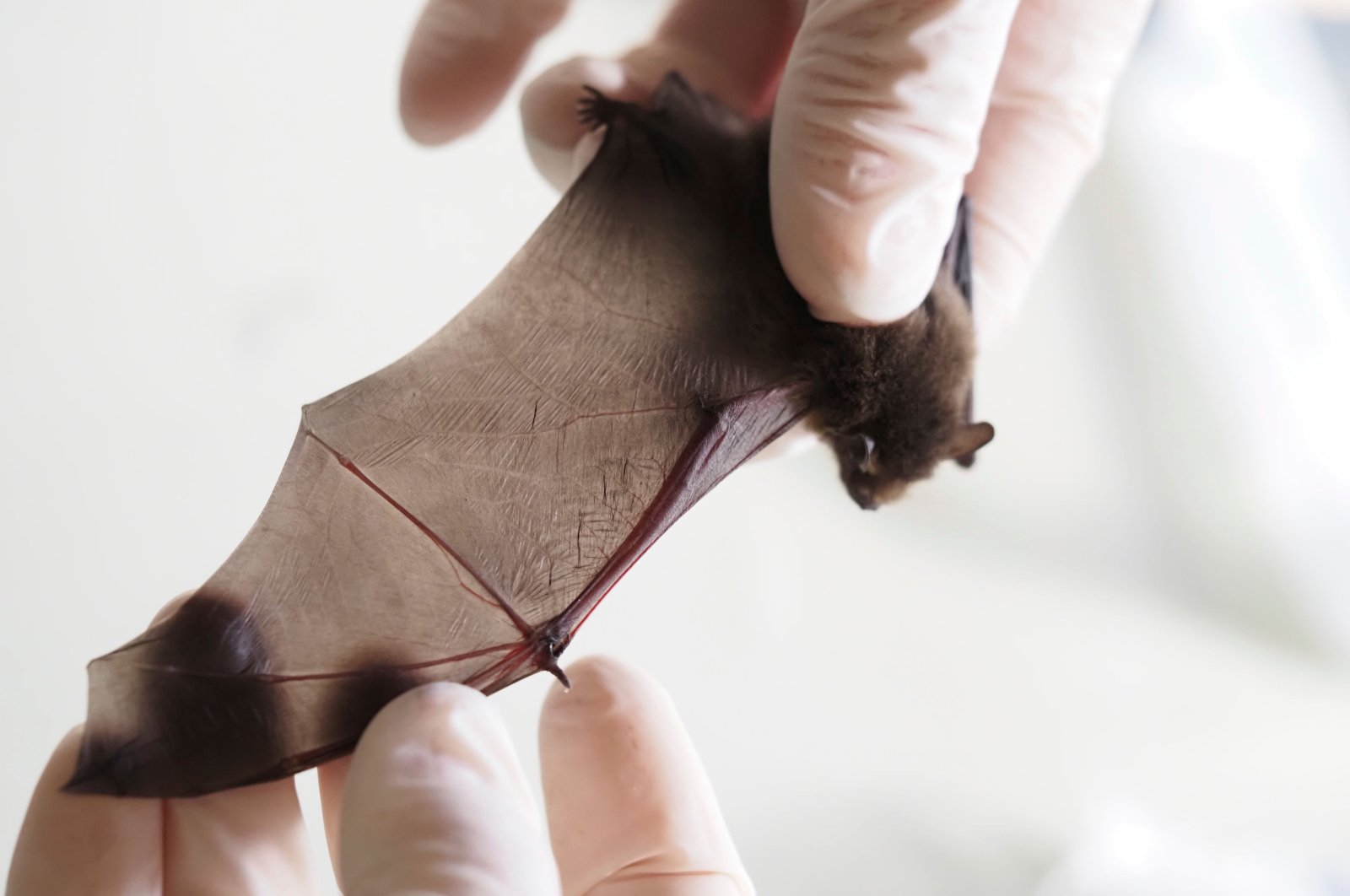 The pandemic has triggered bat-killing sprees in communities from India and Peru to Cuba and Rwanda, but the mission of the team at the Bourges natural history museum is to protect the misunderstood winged mammals.

Bats are vital pollinators and voracious consumers of harmful crop pests, yet are vilified as spreaders of disease and commonly portrayed in popular culture as blood-sucking parasites.

"But COVID-19 is not transmitted by guano (bat droppings)," he insisted.

Arthur and his team of specialists have identified over 1,500 bat colonies in the larger Bourges area, and keep meticulous tabs on their movements and wellbeing.

Scientists believe the novel coronavirus which has killed more than 600,000 people worldwide to date, originated in bats and was passed to humans via an intermediary animal, possibly pangolins sold at Chinese meat markets.

Bats were also believed to have been the origin of recent Ebola outbreaks in Africa.

Bats – of which there are over 1,200 species worldwide – appear to have a unique immune system that may make them resistant to pathogens, passing them on without falling ill, according to retired epidemiologist Francois Moutou, who works with the museum.

"As it is the only flying mammal, it consumes a lot of oxygen to feed its pectoral muscles," said Moutou.

High oxygen levels can damage DNA, so bats have evolved a gene repair toolkit credited with boosting its immune response, he added.

According to the U.N. Environment Programme (UNEP), 60% of human infectious diseases originate from animals, including bats.

This figure climbs to 75% for "emerging" diseases such as Ebola, HIV, avian flu, Zika, or SARS – another type of coronavirus.

But humans, not animals, are to blame, according to researchers, who say the emergence of animal pathogens in our own species is most often associated with human encroachment on the creatures' natural habitats.

At the Bourges museum, they are working on ways to reduce the human impact on bats, for instance with a new type of insect trap that spares the bats who feed on them.

They are also creating special bat nests in places where building upgrades have removed their access to rafters.

The researchers are also moving whole colonies of bats to new homes in the vineyards of the Centre-Loire region.

"Bats can hunt all the pests that destroy vineyards," Arthur explained.

One of the team's core tasks is to rescue baby bats, called pups, that sometimes get left behind when colonies move.

For baby serotine bats, a larger species with sharp teeth, she employs a special leather glove, but no less tenderness.

The feedings take place in the enclosed amphitheater of the museum – making it easier to regather the baby bats in case of a mass flutter.

With 30 years of dedicated bat study, the Bourges museum has become a go-to for scientific advice on the impact of large industrial projects, such as wind farms – which can be harmful for bats.

Every two years, the museum hosts some 500 specialists from around the country to discuss all things bat.

"We are the Mecca, the Lourdes or, for atheists, the Pantheon, for bats," said Arthur.

They also spread the message that bats are not the enemy.

"We need to tell people that there are no risks. The problems reside in practices that we don't have in France. Here, we don't cook the animal, we don't make bat stew," said Moutou.

Bats are eaten in some parts of Africa and Asia but there is no evidence that the practice is responsible for spreading disease to humans.