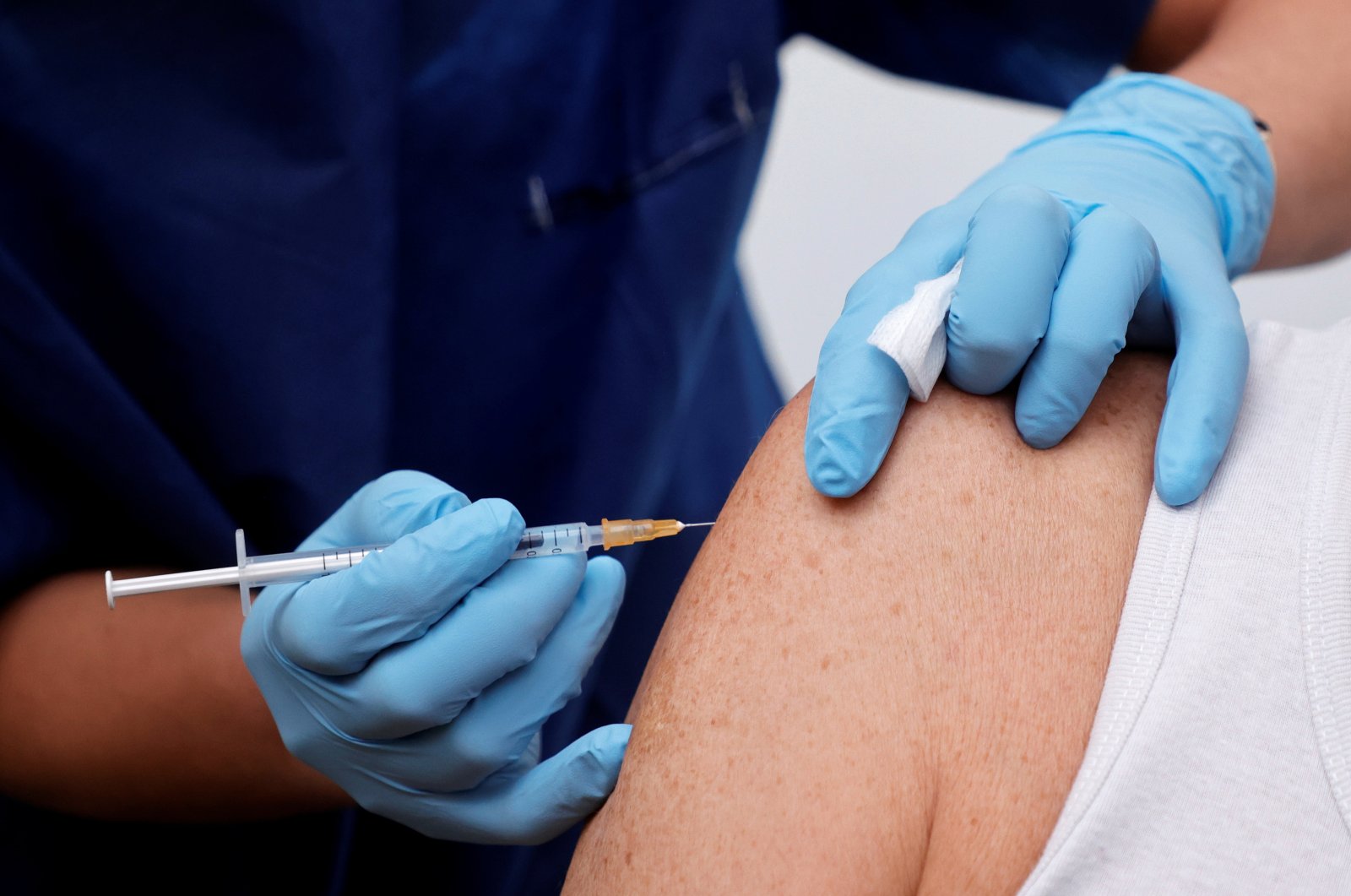 A medical worker administers a dose of the "Comirnaty" Pfizer-BioNTech COVID-19 vaccine to a patient at a coronavirus disease (COVID-19) vaccination center installed inside a gymnasium in Taverny near Paris, France, Feb. 26, 2021. (Reuters Photo)
by German Press Agency - DPA Mar 11, 2021 7:46 pm
RECOMMENDED

The study, based on data gathered during Israel's vaccine drive, shows that the shot does not only protect people from severe COVID-19 and death, but is also 94 percent effective in preventing asymptomatic infection, the Israeli Health Ministry, BioNTech and Pfizer said in a joint statement.

That means vaccinated people might not infect others who have not received the jab, breaking chains of infection.

The results have not yet been published in a peer-reviewed medical journal, but have only been communicated by the companies.

The study also confirms earlier findings concerning the strength of immunity after a second BioNTech/Pfizer shot. The jab was 97 percent effective in preventing symptoms, severe cases and deaths, according to the statement.

However, the scientists said their assessment of the vaccine's effectiveness might also be affected by differences between the way vaccinated and unvaccinated people used testing facilities, for example.

The researchers used data gathered between January and March by the Israeli Health Ministry, which regularly compiles statistics about infections, tests and vaccinations.

During that time, only the BioNTech/Pfizer vaccine was used and the dominant coronavirus variant was the one first identified in Britain.

It was also previously found that the BioNTech/Pfizer COVID-19 vaccine could protect against infection as well as preventing people from getting sick.