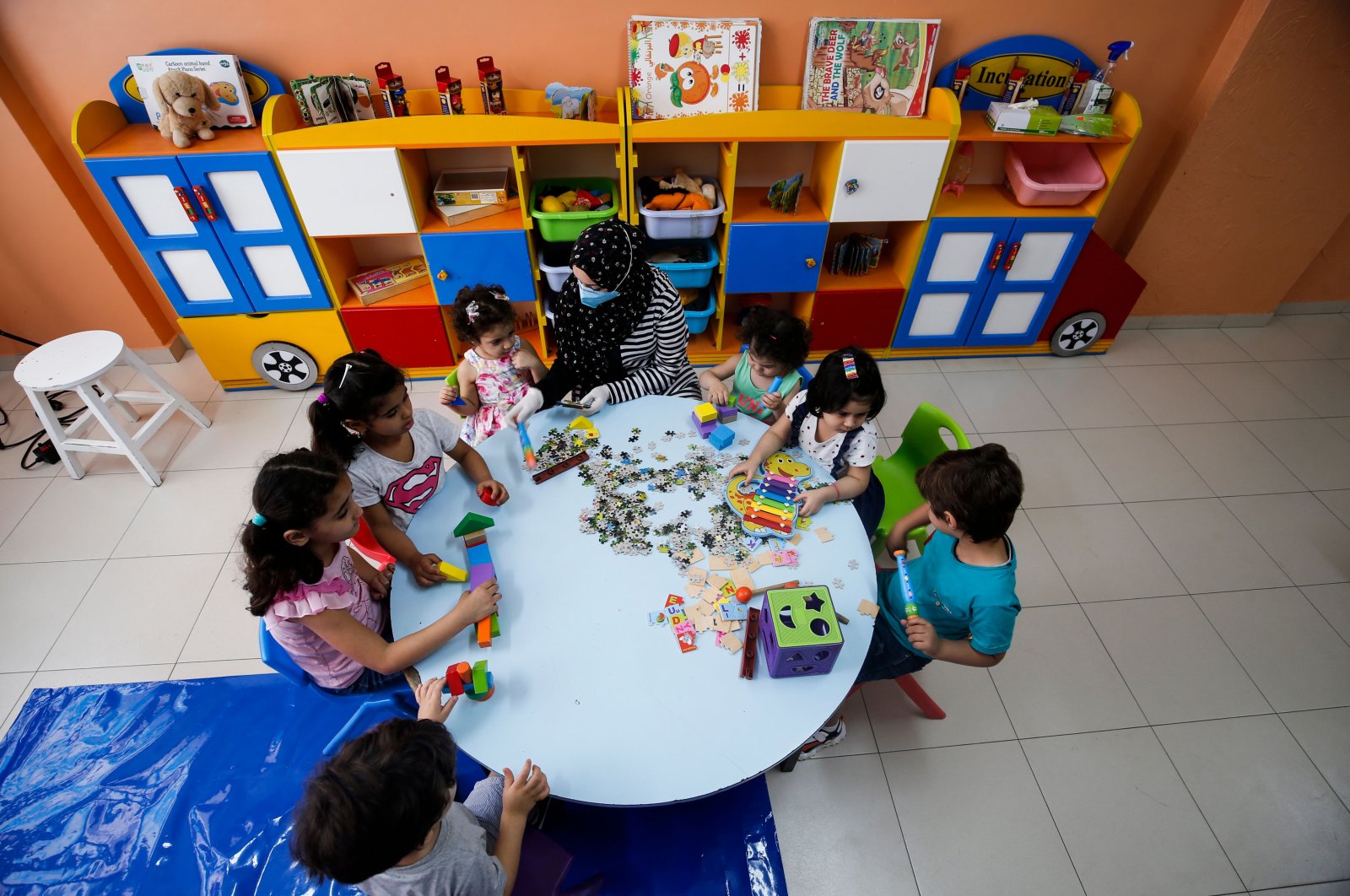 Palestinian children are pictured in a preschool in Gaza City following the easing of restrictions to curb the spread of the coronavirus, Palestine, June 4, 2020. (AFP Photo)
by REUTERS Jun 05, 2020 11:05 am

A study by the Netherlands’ National Institute for Health (RIVM) published Wednesday concluded that children under the age of 12 play little role in transmitting the coronavirus.

The study in the country’s leading medical journal Nederlands Tijdschrift Voor Geneeskunde followed the progress of the disease in 54 families, including 227 people in all.

Studies in other countries have previously found that children are less often infected by the virus and, once infected, less often become seriously ill.

“Yes, children can become infected, but transmission takes place primarily between adults of similar age, and from adults to children,” the study said in its conclusion.

“Transmission between children, or from children to adults, as is known in influenza, appears to be less common," it said.

A possible weakness in the study is that the families studied may not have been representative of the wider Dutch population.

Participants were chosen from families identified by positive tests from March 23 to April 16, a period when only seriously ill people with suspected COVID-19 cases and health care workers were being tested in the Netherlands.