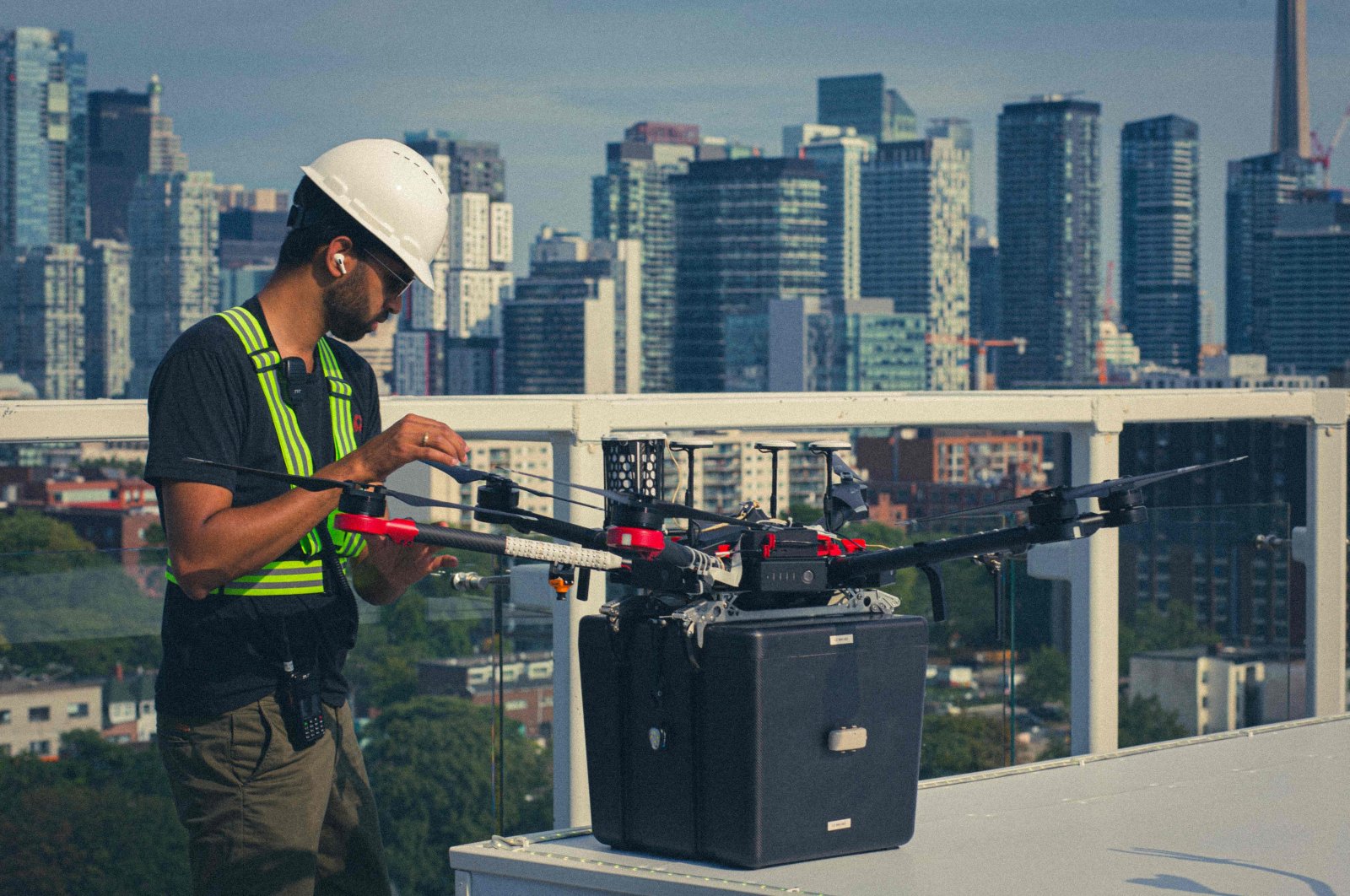 Amid the sound of cars and pedestrians below in Canada's largest metropolis Toronto, a drone carrying an important piece of cargo took off from a hospital rooftop.

On its maiden flight, with a bird's-eye view of the city's glistening skyline as it glides over apartments, shops and office towers, the drone is carrying precious cargo – human lungs for transplant.

The trip at the end of September took less than 10 minutes. It was automated but kept under the watchful eye of engineers and doctors.

The drone delivery of transplant lungs marked a global first, according to the company, but a similar flight in April 2019 delivered a kidney to a hospital in the U.S. state of Maryland.

On the Toronto General Hospital's rooftop, the drone was met by a surgical team that whisked the package inside and successfully transplanted the lungs into a waiting patient, saving the life of the 63-year-old man who'd been diagnosed with pulmonary fibrosis.

The patient, by happenstance, was an engineer himself who expressed excitement to local media about receiving organs delivered by a drone.

Two days later, in addition to allowing him to breathe again, he was reportedly well enough to attend via videolink his daughter's wedding.

"We've proven a very important point, that it's possible to do this safely and (that) you could fly a drone in the middle of downtown Toronto," doctor Shaf Keshavjee, who worked with a technical team for two years on the drone project, told Agence France-Presse (AFP).

The drone carried a refrigerated black container "which maintains the organ's thermal parameters" so that the organ is "viable for transplantation," explained drone engineer Mikael Cardinal of Unither Bioelectronics.

The successful flight, which required advance approvals from health and civil air navigation authorities, followed dozens of test runs as well as modifications, for example, to prevent radio frequency interference in a densely populated city.

In the event of a failure during flight, a ballistic parachute was also installed that would deploy and gently bring the drone and organs package to the ground.

Transplant organs are normally flown to airports (if between cities) and transported by car to hospitals. Using a drone between hospitals is more direct and saves time by avoiding heavy car traffic.

"Now the issue is really how do you scale this (up) to make it available to patients all over the world," said Keshavjee, a lung transplant specialist, describing lungs as among "the most fragile of all organs to preserve and transport."

This innovation, which fills him with pride, makes his partner in the project Cardinal believe that "the future is very positive" for this kind of technological advancement.

According to Cardinal, regulatory changes expected in the coming years will allow greater integration of drones into civil air space.