Experts divided over offering COVID-19 boosters to everyone 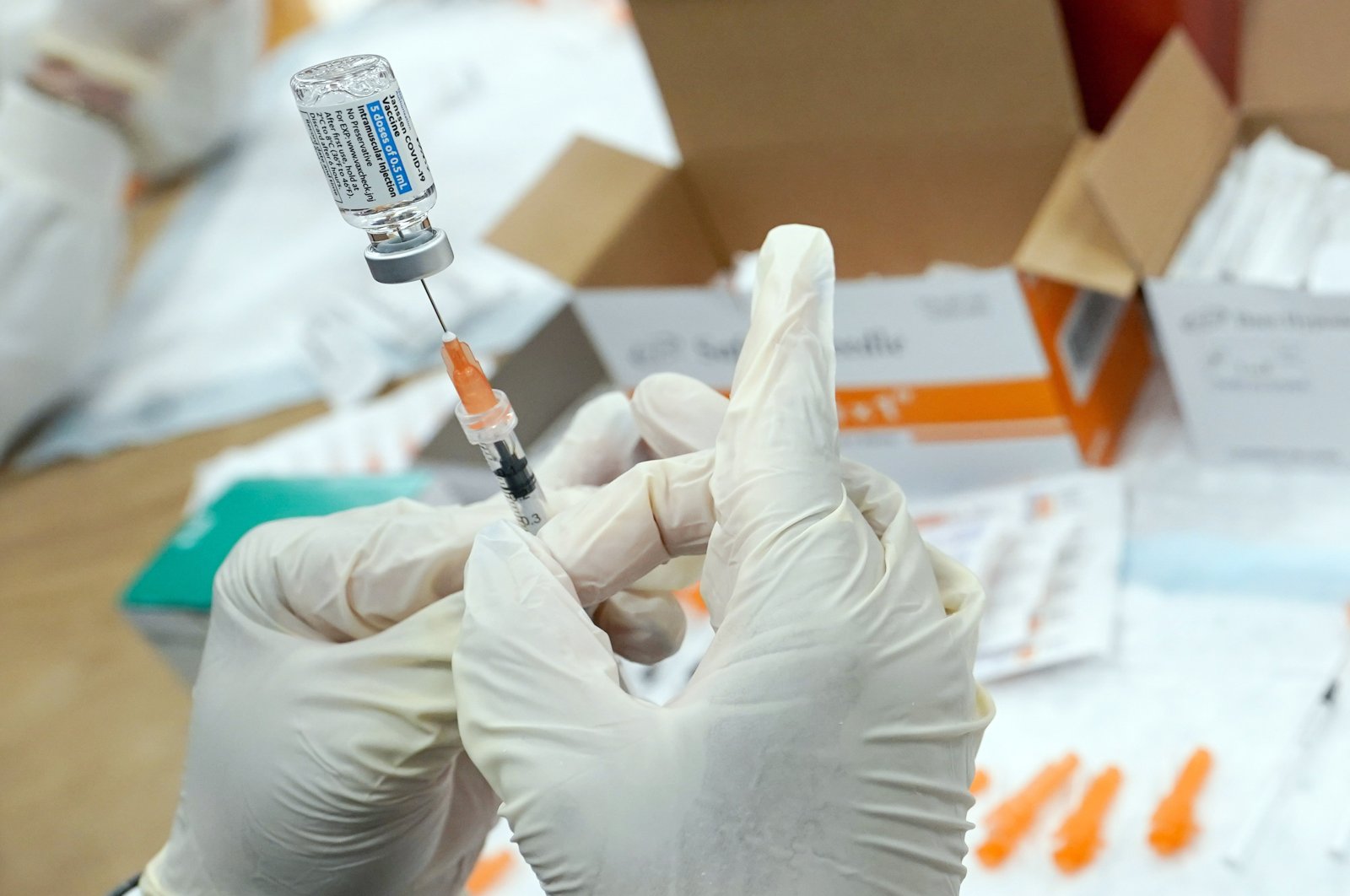 Many countries have started offering COVID-19 booster shots to citizens, and the United States has become the latest country to offer it, but some experts remain divided over the issue.

Many scientists tracking the data believe it's the right time for the move – though some have expressed misgivings, since the original vaccines are still holding up well against severe disease and death among the general population.

Boosters have been a contentious issue for medical experts.

An independent panel advising the Food and Drug Administration in September initially voted against having boosters available for everyone, demanding narrower criteria.

This time around, U.S. media has reported that the Food and Drug Administration (FDA) is set to broaden eligibility without convening the outside experts. So what changed?

For Vincent Rajkumar, an oncologist and professor at Mayo Clinic in Rochester, Minnesota who closely follows the latest COVID-19 research, one of the strongest lines of evidence comes from a clinical trial carried out by Pfizer.

The company said vaccine efficacy against symptomatic disease was restored to 95.6% when a booster was administered in a study involving 10,000 people over the age of 16.

Then there was the example of Israel, which fought back its delta variant wave with a nationwide booster campaign, said Rajkumar.

Most recently, data released this week by the United Kingdom Health Security Agency about over-50s appears to show vaccine efficacy after a booster rose to beyond the level of protection by first two doses at their peak.

"So I think the answer to the pure science question 'Does the booster work?' Yes, there's no question it works," he said.

Rajkumar is also worried about the impact of breakthrough cases.

While people who get infected while fully vaccinated are much less likely to get sick enough to go to hospital or to die, new data out of Minnesota shows "deaths among the vaccinated are not zero."

Currently, they are around one per 100,000 per week, compared to around 14 per 100,000 among unvaccinated. Those most at risk of dying from COVID-19 after vaccination are the elderly and immuno-compromised, such as people with cancer or organ transplants.

"Me getting a breakthrough is putting them at risk – and that's why if I don't get an infection it's good," said Rajkumar, about his decision to get a booster.

Not all scientists are as enthusiastic.

Celine Gounder, a leading infectious disease specialist and professor at New York University, wants more evidence about long term immunity before advocating boosters for all, and hasn't gotten one herself yet.

For her, the controversy stems from a lack of agreement about what society is aiming to achieve.

Either way, boosters aren't necessarily the answer, she says.

The best way to reduce severe disease and death is to bring down community transmission by reaching those who aren't yet vaccinated.

The vast majority of hospitalized cases and deaths are currently unvaccinated people.

Vaccinated people who end up with a severe case are overwhelmingly elderly and immuno-compromised, who everyone already agrees should receive a booster.

The coronavirus' rapid incubation period in the body, and the fact that current vaccines induce greater immunity in internal organs than they do in the mucus of the upper airway, mean boosters will never eliminate all infections.

The potential downsides of a booster bonanza, critics say, is that vaccine holdouts might conclude the shots are ineffective.

Another risk is a greater number of cases of vaccine-linked heart inflammation (myocarditis), especially among younger males.

Experts are in broad agreement that boosters alone can't resolve the pandemic while the poorest countries, especially in Africa, remain stuck in the single digit percentages for people covered by their primary vaccination series.

"It would really be unfortunate if we do all this hard work of vaccinating, and then find ourselves set back yet again, because of an emerging variant in some other part of the world," said Gounder.