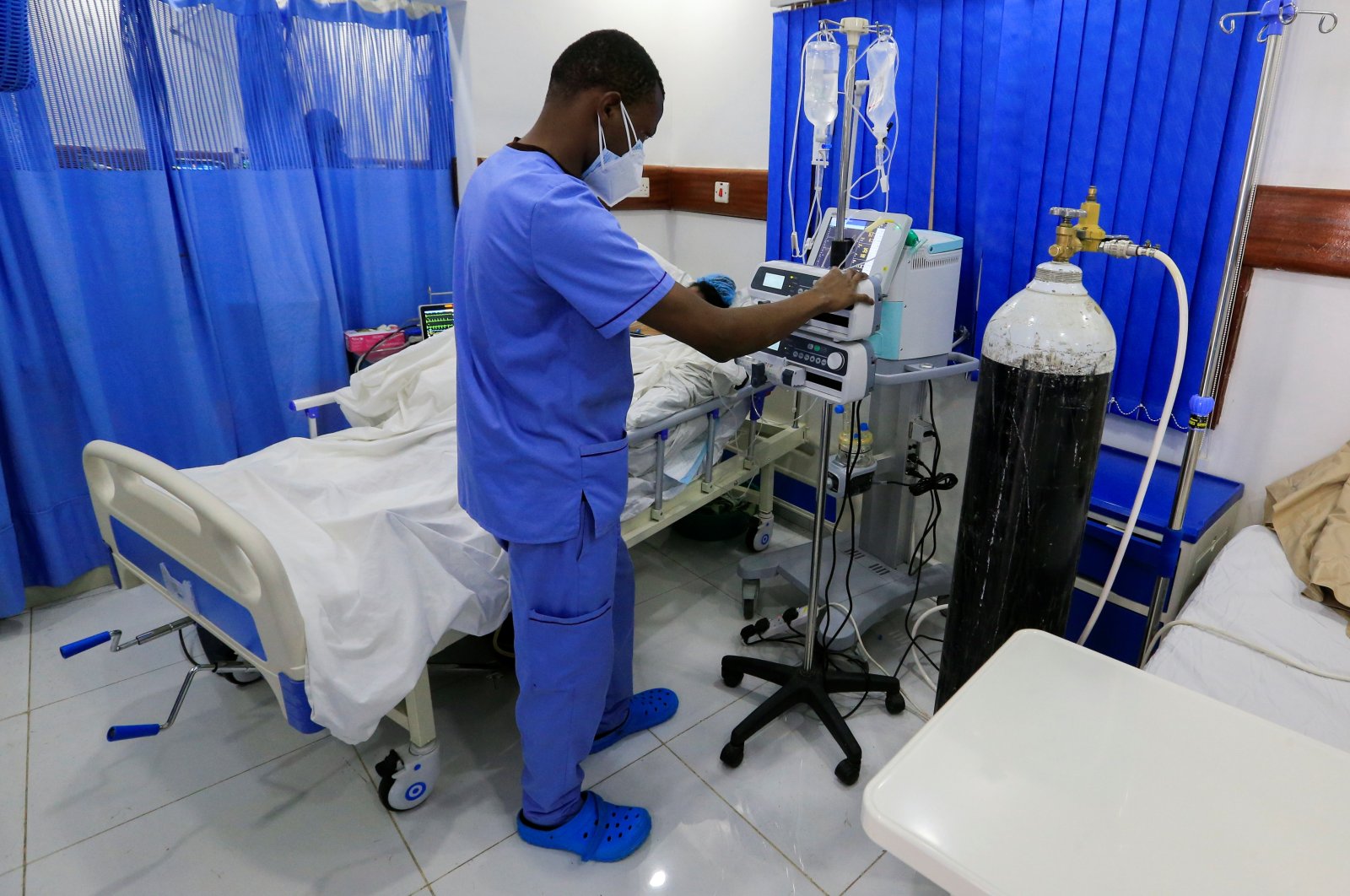 Turkish doctor Dr. Hüseyin Bayazıt and other researchers at Texas Tech University Health Science Center psychiatry conducted a survey in Turkey that revealed a post-traumatic stress disorder (PTSD) rate of 49.5% among nonphysicians and 36% for doctors during the pandemic.

They surveyed 1,833 Turkish health workers last autumn and the results were presented in May at an American Psychiatric Association (AMA) meeting.

Health care workers have been reporting symptoms of the disorder world over. Nurse Chris Prott who was working in an intensive care unit (ICU) during the pandemic has also been displaying symptoms.

His knees jump, his heart races, his mouth goes dry and his mind floods with dark memories when he talks about working in the Milwaukee VA Medical Center during the pandemic surge.

Prott shares a struggle common to many of the military veterans for whom he has cared for years.

He was among a half dozen ICU staffers who told Reuters of symptoms such as waking from nightmares bathed in sweat; flashbacks to dying patients during the pandemic's fear-filled early days; flaring anger; and panic at the sound of medical alarms. Those whose symptoms last longer than one month and are severe enough to interfere with daily life can be diagnosed with PTSD.

The surging delta variant is heaping on fresh trauma as the United States and other nations begin to study PTSD in health workers. Data already showed that U.S. health workers were in crisis before COVID-19.

While PTSD is associated with combat, it can arise among civilians after natural disasters, abuse or other trauma. Health workers can be reluctant to equate their experience with that of returning soldiers.

"I feel like a schmuck calling it PTSD," Prott said. "It took me a long time to be able to talk to somebody because I see guys with real PTSD. What I've got going on, it's nothing in comparison, so you feel guilty for thinking that."

Psychiatrist Dr. Bessel van der Kolk knows better. "On the surface, a nurse at your local hospital will not look like a guy coming back from Afghanistan," said the author of "The Body Keeps the Score: Brain, Mind, and Body in the Healing of Trauma."

"But underneath it all, we have these core neurobiology-determined functions that are the same."

Pre-pandemic studies showed that rates of PTSD in frontline health workers varied from 10% to 50%. The suicide rate among doctors was more than twice that of the general public. The AMA has tapped a military psychologist and the Department of Veterans Affairs (VA) National Center for PTSD to help it measure the pandemic's impact.

Rates of suicidal thoughts increased as workers spent more time on COVID-19 units. Unions want to mitigate trauma by setting national rules for the number of patients under each nurse’s care. Workers say they should not have to pay for therapy, medication, and other interventions.

The AMA and other groups want more confidentiality for doctors who seek mental health services. Most ICU staff who discussed PTSD with Reuters requested anonymity for fear of repercussions at work.

'you have to deal with it'

About 5,000 U.S. physicians quit every two years due to burnout, said Dr. Christine Sinsky, an AMA vice president. The annual cost is about $4.6 billion – including lost revenue from vacancies and recruitment expenses, she said.

Hospital survey results in March led the department of health and human services to warn "staffing shortages have affected patient care, and that exhaustion and trauma have taken a toll on staff's mental health."

Trauma surgeon Dr. Kari Jerge volunteered to work in a Phoenix COVID-19 ward during last winter's surge. She turned down substantially more pay to return to the ICU after the delta variant surge.

Jerge encourages others to prioritize "self-preservation," but worries about the loss of expertise.

"There is infinite value in a nurse who's been working in the ICU for 20 years and just has a gut feeling when something's going wrong with a patient," she said.

Nurse Pascaline Muhindura, 40, who cares for COVID-19 patients in Kansas City, Missouri, has advocated for health worker safety since losing a co-worker to the disease early in the pandemic.

"It keeps getting worse and worse. We are heading back to that place - that woke up those emotions again," said Muhindura, who added that many employers do not offer adequate insurance coverage for therapy.

An ICU fosters the kind of camaraderie forged in battle. A group of Southern California COVID-19 nurses got matching tattoos. Health workers commiserate over crying their way home after tough shifts, support each other on social media, and push colleagues to seek help.

"There is nothing wrong with feeling this way," said VA nurse Prott.

"You have to deal with it though."