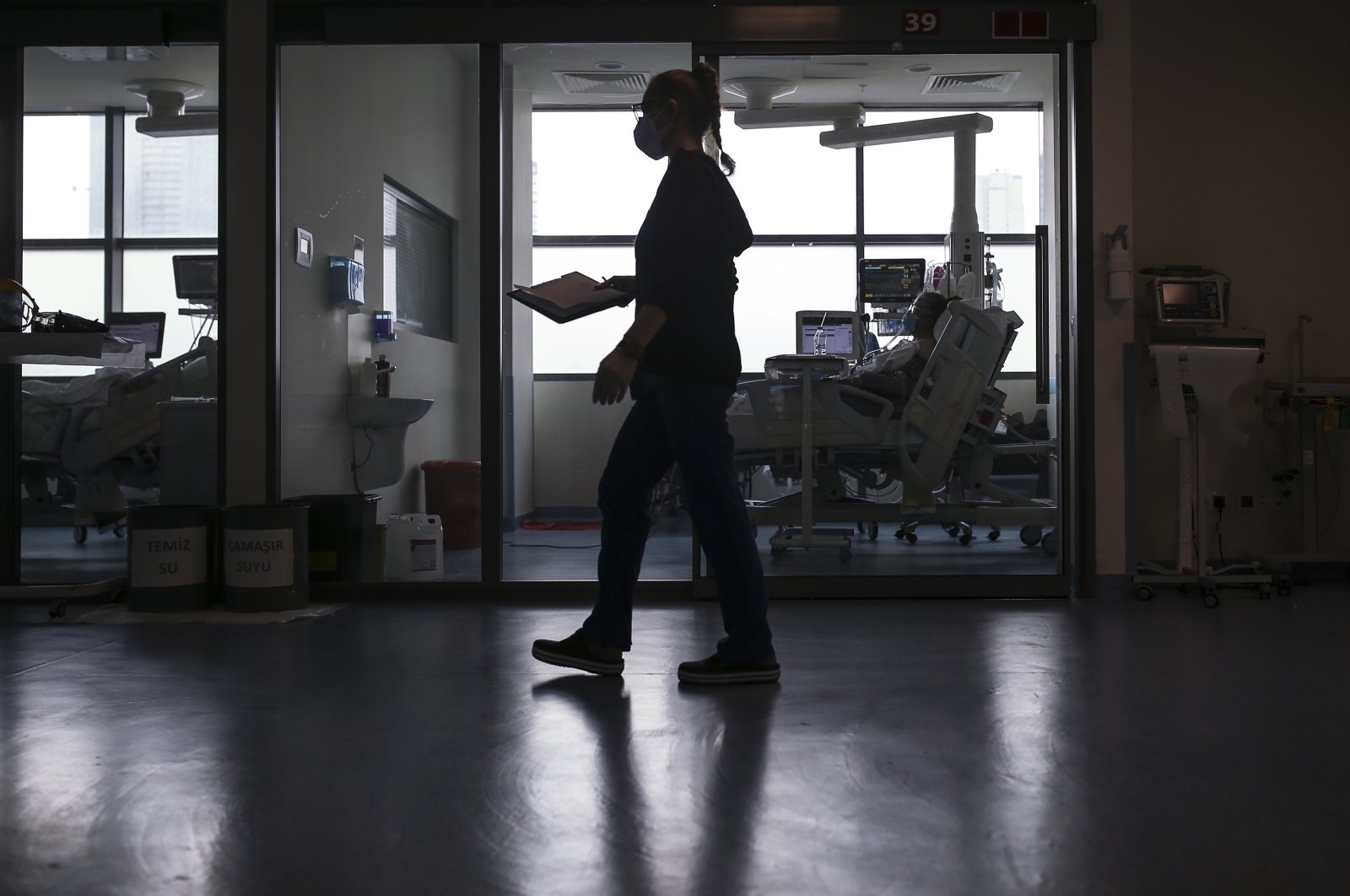 As they are at the highest risk of contracting the coronavirus and occasionally get infected, health care staff that survived the disease recount their fight and urge the public to do all it can to follow the rules

“I felt like all the bones in my body were broken,” is how Selver Kara explains the state she was in when she was infected with the coronavirus. She is among countless health care workers who are on the front line in the fight against the pandemic. An emergency nurse at a hospital in the southern province of Adana, Kara pleads with the public not to disregard rules, if they want to live. The rules are simple: wearing protective masks all the time, staying away from crowded places and watching out for hygiene. The stories of Kara and others who barely managed to survive serve as a stark warning for people in Turkey, where the number of COVID-19 cases has climbed up in recent weeks.

Kara discovered she was “positive” after a test meant to find the reason for the pain she was experiencing. Her husband tested positive as well and both were forced to self-isolate at home. “It was a bad time, both physically and psychologically,” she told Anadolu Agency (AA) Sunday.

Her time with the coronavirus was marked with “unprecedented pain.” “I never suffered anything like this before. I felt pain everywhere, even in my fingernails. I had a very bad fever, respiratory problems and a heart condition. It was only after taking drugs that I felt somewhat better,” Kara, who recovered in 14 days from the infection, said.

Hatice Acımış, a nurse working at the intensive care unit of the same hospital, found out she had the coronavirus after a bout of headaches that prompted her to take a test. “I was more worried for my husband, who suffers from chronic obstructive pulmonary disease (COPD) and diabetes, and my three children. I thought I might have infected them as well,” she said. None were infected, but Acımış was forced to self-isolate at home, with no contact with the outside world. Her husband was the only one taking care of her, from afar. She said it was also difficult for her 7-year-old twins to see their mother isolated. “You are all alone, and nobody can help you. That solitude gave me plenty of time to think about life, but it was all negative thoughts. I don’t believe that anyone suffered from this and did not fear for their life,” she said.

Though no current figures are available, at least 216 health care workers, from doctors to technicians, died of COVID-19 between the start of the pandemic in Turkey in March last year and December 2020, according to data. Some 120,000 health care workers were infected. They often work long shifts and for a long time, they had to spend their time after the shifts at hotels or other facilities of accommodation to prevent the possible infection of their families.

Musa Aydaran, who works as an imaging technician, says his COVID-19 diagnosis was preceded by joint pain. Together with his wife, who also tested positive, he was isolated at home for two weeks. “I had extreme fatigue and occasional headaches as well. Above all, I had the fear of the unknown,” he said, recounting his plight. “This is truly no joke. People should be more careful, both for the sake of their own lives and the lives of their loved ones. Please do not think that you will never be infected. You can be infected again, even if you recovered from the virus,” he said.

Health care workers don head-to-toe personal protective equipment (PPE) at work, but sometimes not even this is sufficient to protect them. Şebnem Çam Gültekin, a nurse at Atatürk State Hospital in the southern province of Antalya, found herself infected while trying to heal others. The mother of three has already seen her parents infected. “It broke us up. I was at home in self-isolation, my mother was in a hospital bed and my father was in intensive care. My father suffered the worst. He was discharged three months ago but still feels the impact of the virus on his body,” she said. Gülizar Yücel, a nurse who works at a COVID-19 intensive care ward at the same hospital, said she was spared from infection but witnessed firsthand the desperation of patients. “They sometimes ask us if they would ever see their families again. This is really depressing. I tell people to stay home and enjoy the view outside your window rather than having to spend time in intensive care, having nothing to watch but empty walls,” she told AA.

Dr. Nermin Kaplan, a doctor working at a hospital in Antalya, recovered from the virus and got vaccinated, but she still feels uneasy. “I was so stressed then, whether I would suffer the heavy symptoms, like breathing problems. I also have friends who were infected. One of them lost her father one month after he was diagnosed,” she says.

Gülümser Mert, a nurse, considers herself lucky for recovery, after seeing her patients going through severe bouts of the disease. “I still get emotional seeing someone recovered and discharged from hospital. Please, please follow the rules,” she stressed.

For Dr. Gizem Başdoğan, it took six months to fully recover from coronavirus and return to work. A doctor specialized in home care in the northern province of Ordu, one of the provinces with high rates of weekly cases, Başdoğan says she was infected when a patient she visited at home tested positive for COVID-19. In the fifth day of infection, cough, high fever and joint pains kicked in. She was hospitalized on Jun. 22. “I thought it will be brief and I’d recover in ten days at most. But symptoms worsened every day. I was taken to intensive care,” she recalled. With her family in another city, Başdoğan had no one but her colleagues to look after her. “I am grateful to them. They sent me funny videos and brought food I craved to cheer me up,” she told AA. In two days before she was taken to intensive care, she suffered the worst she could remember. “I could not breath and it worsened hour by hour. I wanted to have all the breaths in the world. It was such a hunger I had,” she recounted. It was a summer of nightmare for Başdoğan, who witnessed fellow patients at the intensive care dying one by one. “I decided to shoot short videos and hand them out to a nurse, to give them to my family, so they would see me for one last time. I was optimist first, believing that I would be discharged and could have been self-isolated at home but nothing went on as I dreamed,” she says.

After leaving the hospital, she suffered “long COVID” and it took her months to fully recover. She still suffers from lung damage and is administered drugs while she attend regular therapy sessions for her joint pains.

“If you won’t do anything to protect others, you should protect yourself at least and comply with the rules. It is really bad to see your loved ones to wait for your recovery at the hospital,” she added.