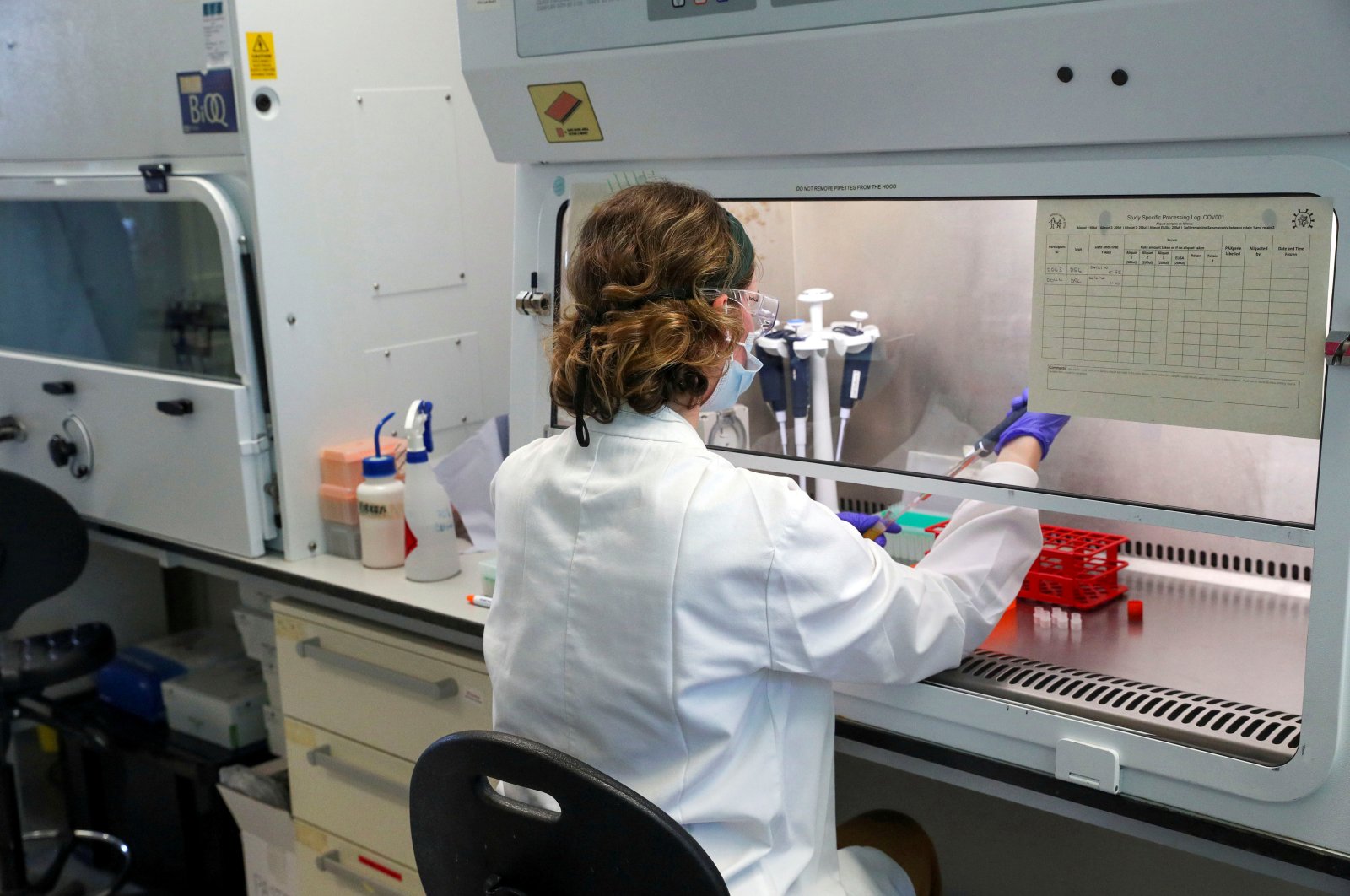 A scientist works at a manufacturing laboratory where a vaccine against the coronavirus disease (COVID-19) has been produced at the Oxford Vaccine Group's facility at the Churchill Hospital in Oxford, England, June 24, 2020. (Reuters Photo)
by French Press Agency - AFP Sep 03, 2020 3:40 pm
RECOMMENDED

Commonly available anti-inflammatory drugs have been found to reduce the mortality rate of the sickest COVID-19 patients by 20%, researchers said Thursday.

Professor Anthony Gordon of Imperial College London was part of a British team investigating the effectiveness of hydrocortisone on people on ventilators in intensive care.

The results of the U.K. study were compared with those of six others around the world also looking at whether similar corticosteroid drugs could be used in treatment.

"Taking the data from all the seven trials combined, in the patients who weren't treated with steroids, about 40% died from this severe COVID-19," Gordon told Agence France-Presse (AFP).

"In the groups that were given the various steroids, 32%, roughly, died, so that's a 20% reduction in the risk. That means if you treat 100 patients giving them steroids, you would expect to save eight lives, which is really impressive to see a result like that."

The head of Britain's state-run National Health Service in England, Simon Stevens, called it a "further weapon in the armory in the worldwide fight against COVID-19."

"Just as we did with dexamethasone, the NHS will now take immediate action to ensure that patients who could benefit from treatment with hydrocortisone do so," he added.

Gordon, who combines research with work as a hospital intensive care specialist, said the results were "clear evidence" that steroids help the most severely ill patients.

But he stressed that the steroids, which are often found in over-the-counter medications, should not be used for prevention of COVID-19 or as a home remedy for viral infections.

Some 403 patients at 88 hospitals in the U.K. study received hydrocortisone via an intravenous drip rather than in pill form, he said.

The similar effectiveness of different corticosteroids could help in the treatment of the disease around the world, alleviating pressure on supply chains, he added.

"Clinicians may be more familiar using one or more of these drugs ... Having this choice, a greater drug supply, is good news."

The results of a U.K. trial of dexamethasone were published in July, showing that mortality rates of patients with COVID-19 were reduced by just under a third.

Among those on ventilators, the death rate for patients on the anti-inflammatory drug was 29.3% compared with 41.4% for those without.

Gordon said that although the latest results were "consistent" and "encouraging," further treatments were still needed for the coronavirus.