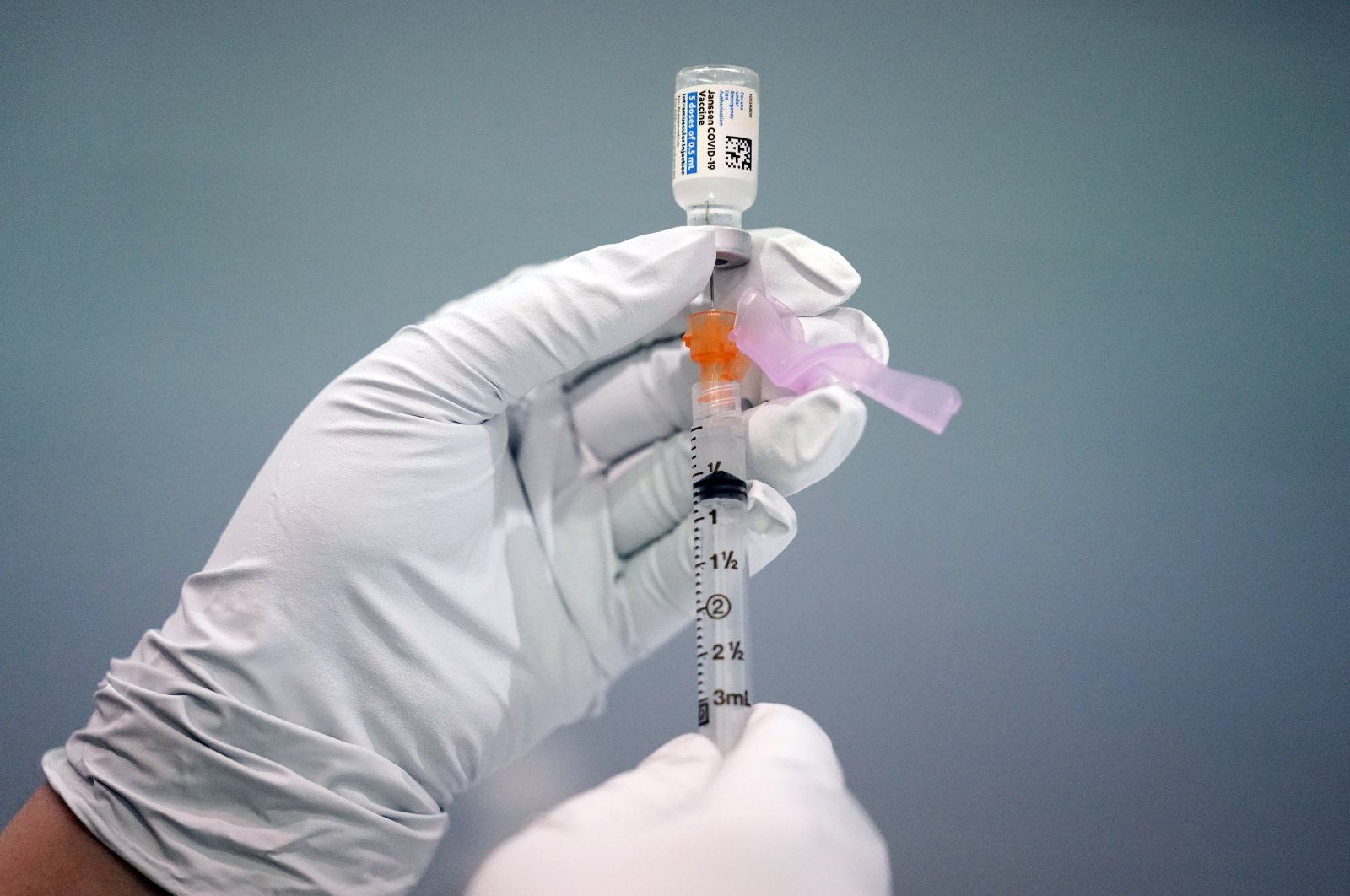 A member of the Philadelphia Fire Department prepares a dose of the Johnson & Johnson COVID-19 vaccine at a vaccination site setup in Philadelphia, U.S., March 26, 2021. (AP Photo)
by Associated Press Sep 22, 2021 11:08 pm
RECOMMENDED

Vaccine maker Johnson & Johnson said Tuesday that a booster shot of its one-shot COVID-19 vaccine, administered months after the first dose, increased its effectiveness to 94% and provided a much stronger immune response.

J&J said in a statement that an extra dose – given either two months or six months after the initial shot – revved up protection. The results haven't yet been published or vetted by other scientists.

The J&J vaccine was considered an important tool in fighting the pandemic because it requires only one shot. But even as rollout began in the U.S. and elsewhere, the company already was running a global test of whether a two-dose course might be more effective – the second dose given 56 days after the first.

That two-dose approach was 75% effective globally at preventing moderate to severe COVID-19, and 95% effective in the U.S. alone, the company reported – a difference likely due to which variants were circulating in different countries during the monthslong study.

While the single-dose vaccine remains strongly effective, "a booster shot further increases protection against COVID-19 and is expected to extend the duration of protection significantly," Dr. Paul Stoffels, J&J's chief scientific officer, said in a statement.

J&J said it has provided the data to regulators including the U.S. Food and Drug Administration (FDA), the European Medicines Agency and others to inform decisions about boosters.

J&J's one-dose vaccine is approved for use in the U.S. and across Europe, and there are plans for at least 200 million doses to be shared with the U.N.-backed COVAX effort aimed at distributing vaccines to poor countries. But the company has been plagued by production problems and millions of doses made at a troubled factory in Baltimore had to be thrown out.

As the delta variant spread worldwide, numerous governments have considered the use of booster shots for many of the COVID-19 vaccine options.

Last week, advisers to the FDA recommended people 65 and older get a third dose of the COVID-19 vaccine made by Pfizer and German partner BioNTech. A final decision is pending.

Britain previously authorized booster shots for people 50 and over and to priority groups like health workers and those with other health conditions. Countries including Israel, France and Germany have also begun offering third vaccine doses to some people.

The World Health Organization (WHO) has urged rich countries to stop giving booster doses until at least the end of the year, saying vaccines should immediately be redirected to Africa, where fewer than 4% of the population is fully vaccinated.

Last week in the journal Lancet, top scientists from the WHO and FDA argued that the average person doesn't need a booster shot and that the authorized vaccines to date provide strong protection against severe COVID-19, hospitalization and death.