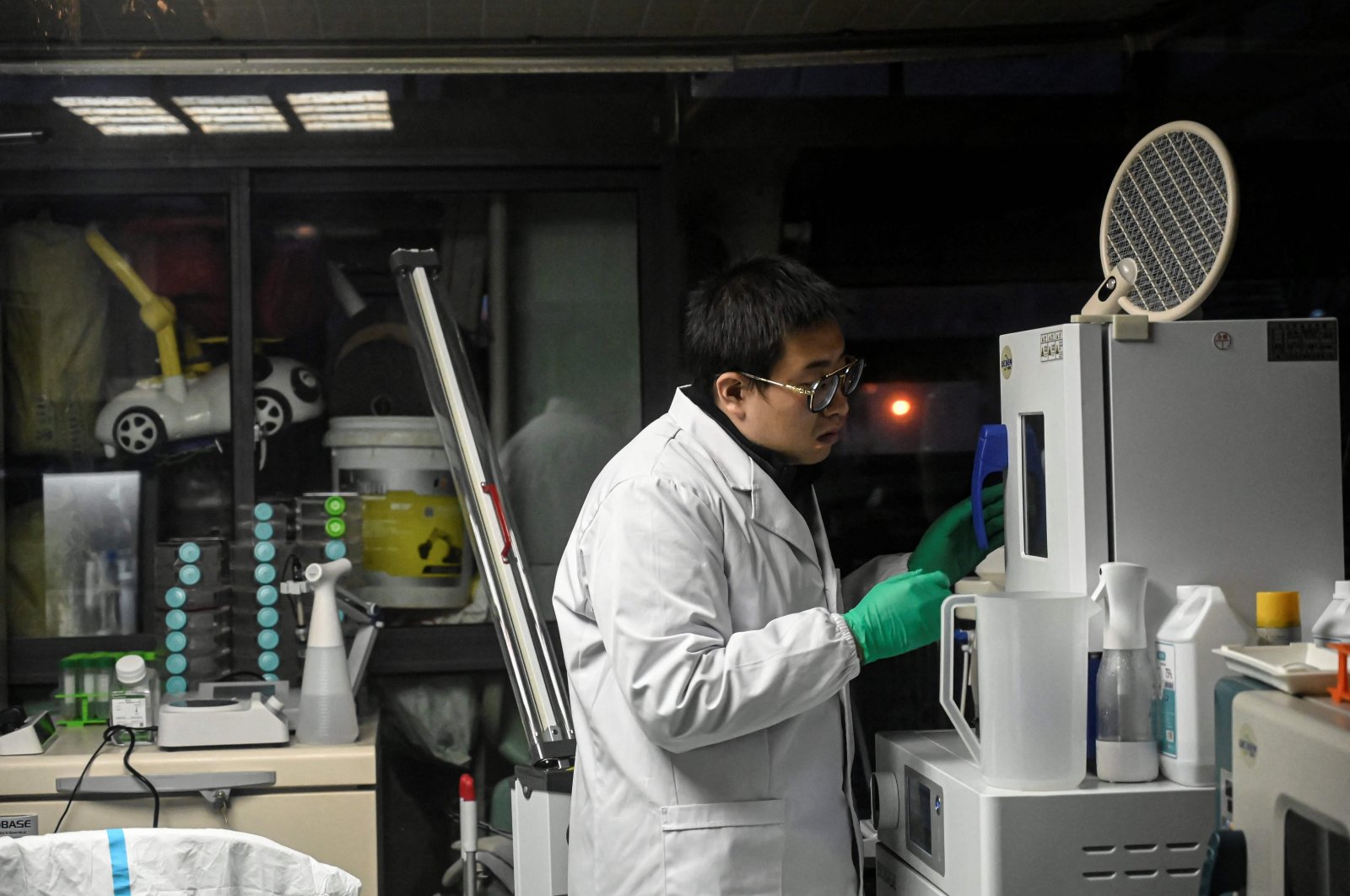 2-year-old Haoyang has likely just months to live – but the only medicine that can help his rare genetic condition is not found anywhere in China and closed borders due to the COVID-19 pandemic mean he cannot travel for treatment.

Instead, his desperate father, Xu Wei, has created a home laboratory to create a remedy for the boy himself.

"I didn't really have time to think about whether to do it or not. It had to be done," the 30-year-old told Agence France-Presse (AFP) from his DIY lab in a high-rise apartment building in southwestern Kunming.

Haoyang has Menkes Syndrome, a genetic disorder that impacts how copper – which is crucial for brain and nervous system development – is processed in the body.

Sufferers rarely survive beyond the age of three.

But Xu, who has only high school education and ran a small online business before his son became ill, is determined to give him a fighting chance.

"Even though he cannot move or speak, he has a soul and feels emotions," he said, holding Haoyang in his lap to give him honey mixed in water.

After being told the disease was incurable and the only medication that could help ease symptoms was not available in China, he began researching and teaching himself pharmaceuticals.

"My friends and family were against it. They said it was impossible," he remembers.

Most online documents on Menkes Syndrome were in English, but undeterred Xu used translation software to understand them, before setting up a home lab in his father's gym.

On discovering copper histadine could help, he set up the equipment to create it himself, mixing copper chloride dihydrate with histidine, sodium hydroxide and water.

Xu now gives Haoyang a daily dose of homemade medicine, which gives the child some of the copper his body is missing.

The amateur chemist claims that a few of the blood tests returned to normal two weeks after beginning the treatment.

The toddler can't talk, but he gives a smile of recognition when his father runs a gentle hand over his head.

His wife, who didn't want to give her name, cares for their 5-year-old daughter in another part of the city.

Menkes Syndrome is more prevalent in boys than girls, and it is estimated one in 100,000 babies are born with the disease globally according to organization Rare Diseases.

There is little information or data available but Xu said pharmaceutical companies have shown little interest as the treatment "does not have commercial value and its user group is small."

Under normal circumstances, he would have traveled abroad to bring back treatments for Haoyang from specialist centers overseas, but China has largely closed its borders since the start of the COVID-19 pandemic.

Xu felt he had no choice but to make it himself.

"At first, I thought it was a joke," said Haoyang's grandfather Xu Jianhong.

"(I thought) it was an impossible mission for him."

But six weeks after throwing himself into the project, Xu produced his first vial of copper histidine.

To test it he first experimented with rabbits and then injected the treatment into his own body.

"The rabbits were fine, I was fine, so then I tried it on my son," he said.

Reassured, he then started gradually increasing the dosage.

But the medicine is not a cure.

Professor Annick Toutain, specialist of rare diseases at the Tours University Hospital in France, said the copper treatment "is only efficient against certain genetic anomalies and if it is administered very early on, in the first three weeks of life."

She said that the treatment will alleviate symptoms, "without leading to recovery."

Xu has accepted that it can "only slow down the disease."

His work has led to interest from VectorBuilder, an international biotech lab, who are now launching gene therapy research with Xu into Menkes syndrome.

The company's chief scientist Bruce Lahn described it as "a rare disease among rare diseases" and said they were inspired after learning about Xu's family.

Clinical trials and tests on animals are planned for the next few months.

Xu has even been contacted by other parents whose children have been diagnosed with Menkes, asking him to make treatment for their relatives too – something he has refused.

"I can only be responsible for my child," he told AFP, while health authorities have said they will not intervene as long as he only makes the treatment for home use.

Huang Yu of the Medical Genetics Department at Peking University told AFP that as a doctor he was "ashamed" to hear of Xu's case.

He said he hoped that "as a developing country, we can improve our medical system to better help such families."

With a full-time role as an amateur chemist, Xu has little income and relies mainly on his parents.

Friends tried to talk him out of his medical efforts but undeterred, the young father is planning to study molecular biology at university and do everything he can to protect his son.

"I don't want him to wait desperately for death. Even if we fail, I want my son to have hope."