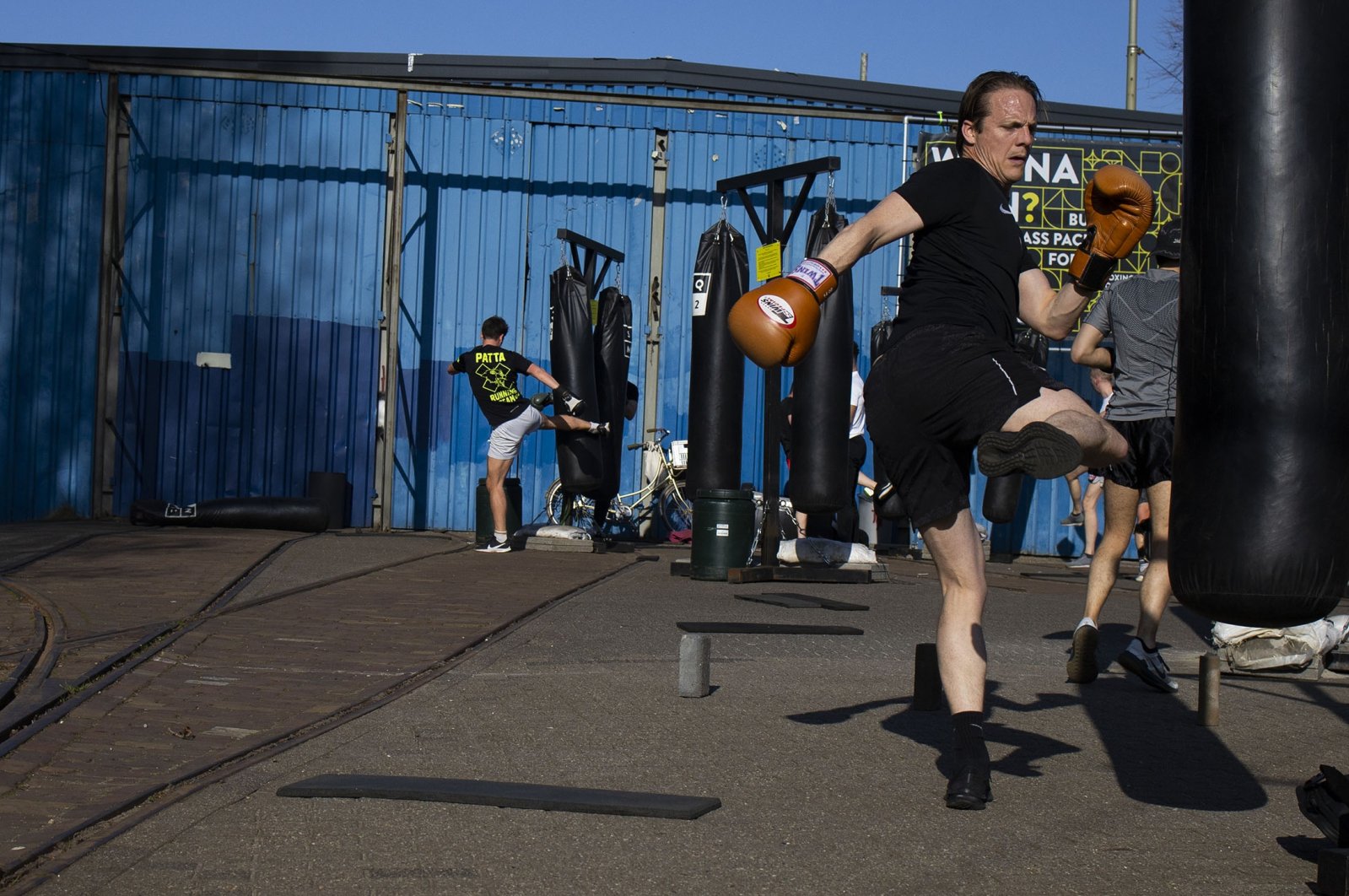 If the "quarantine 19" you gained over lockdown won't budge, here are some ways to rev up your metabolism, burn some calories and shed a few pounds

How many times, on average, have you opened your fridge and stared into it on any given day during COVID-19 lockdowns? Three? Five? Fifteen?

One year on, we're still spending most of our time at home, and often inactively, finding ourselves on our couch or bed with snacks in hand due to boredom. As terrible as these habits are, they are hard to break. This "new lifestyle" not only causes your clothes to fit a little snugger, but it could also gradually slow down your metabolism. Although it is wrong to immediately blame weight gain on a slow metabolism, an unhealthy diet and getting insufficient physical activity could contribute to metabolic slowdown.

If you have found yourself gaining weight unhealthily and seem to be having difficulty losing it, it may be time for some lifestyle changes.

So what part does your metabolism play in weight loss?

Metabolism is the process in which your body converts the foods and drinks you consume into energy to use to maintain bodily functions. Like a furnace, your body burns the calories, combined with oxygen, to heat or power up all of its systems.

And the number of calories your body needs to carry out basic functions such as breathing, growing or preparing cells and circulating blood, which continues even at rest, constitutes your basal metabolic rate. This is what most people would call metabolism, and it varies according to the individual. Your age, sex and body size are the main determinants of this number. For example, if you are a larger male, you require more calories to keep everything running, and therefore have a higher basal metabolic rate.

Your body composition can also play a role in this. Nutrition and Dietary Specialist Nur Ecem Baydı Ozman says that the higher the proportion of muscle tissue in your body compared to fat, the higher your metabolic rate will be.

As fat increases in the body, due to, say, inactivity and unhealthy eating habits or with age, the ratio of muscle in your body will decrease accordingly, resulting in your metabolic rate slowing down. "As a result, weight gain or difficulty in losing weight becomes inevitable," she says. Hormones can also dictate your metabolism.

Other than this, there are two other factors that determine how many calories you are able to burn each day. One of them is thermogenesis, or to put simply, the energy your body uses to digest, transport and absorb the foods and nutrients you consume. This equates to about 10% of your food intake. The second, meanwhile, is the calories your body uses during any physical movement or activity (household chores and fidgeting included) as well as exercise.

What does a fast or slow metabolism mean?

Ozman says proteins have what is referred to as "the thermal effect", which means that the energy spent while digesting them is higher than that of other food groups.

“When you consume protein, the calories you burn increase as well as your calorie consumption. In addition, since proteins provide satiety for a long time, they should be included in your diet regularly." Ozman recommends including protein-rich foods such as eggs, yogurt, meat products and legumes during breakfast and either lunch or dinner.

"However, as protein-containing foods are generally very high in saturated fat, their excessive consumption can lead to cardiovascular diseases. So be careful not to exceed the ideal consumption amount," she warns.

Do not starve yourself for the sake of losing weight, say doctors, as you can do more harm than good. Long periods of hunger can slow your metabolism down because your body thinks it may be starving and it will try to ration its energy sources and start storing fat.

“Here, we come across the importance of eating less and more often. If you get your daily calories at 4-6 more meals instead of 2 meals, your metabolic rate will increase," Ozman says.

When you follow extremely calorie-restricting diets, your body is deprived of the nutrients it needs to function properly, resulting in muscle loss. Muscle loss also results in a slowdown in metabolic rate. This can even backfire eventually, making it harder for you to maintain your weight or cause you to gain more.

The calories you need per day will be based on your age, sex, height, weight and activity status, says Ozman. "You need not to drop below 1,200 calories per day and make sure that the calories you consume are coming from the right food groups, rather than just counting calories."

Calorie-counting can also quickly turn into an obsession and lead to eating disorders. When in doubt, always enlist the help of a nutritionist or trained dietician to help you in your weight loss journey.

Drinking just 500 ml of water can increase the metabolic rate up by 30%. By consuming the recommended amount of water – which is about 2-2.5 liters of water a day – you can both increase your metabolic rate and reduce the risk of causing new problems to your parched body and cells.

Though physical activity cannot change the speed of your basal metabolism, it can help you burn more calories throughout the day, and the more you move, the more your burn. Don't forget that weight loss only happens when you burn more calories than you eat – you need a calorific deficit. Although aerobic exercise such as walking, cycling or swimming is the most efficient way to burn calories, weight training is also important to build muscle.

Ozman says you should strive for 150-300 minutes of moderate-intensity exercise every week, which equates to at least 30 minutes of activity five days a week.

Iodine is an essential nutrient used in the synthesis of thyroid hormones and through this mechanism, it can indirectly impact the metabolism in the long term. Low iodine levels can slow your metabolism and lead to weight gain by encouraging food to be stored as fat.

In Turkey, due to insufficient iodine in water, soil and hence food, hypothyroid disease is prevalent. When your thyroid gland can't produce enough of the thyroid hormone, which is responsible for running your metabolism, it can lead to hypothyroidism. Ozman says adding more iodine to your diet could help reverse these effects, and help your body make more thyroid hormones.

“Make sure that the salts you buy are fortified with iodine. Store the salt in dark-colored containers and away from light to preserve the iodine," she adds.

Caffeine, which is found in foods and beverages such as tea, coffee and chocolate, has been found to cause a measurable increase in basal metabolic rate, though studies have found that this effect wanes over time and is more apparent in younger populations. In obese people, it was found to have no considerable effect.

A healthy adult can consume up to 400 mg of caffeine daily. About a glass of Turkish black tea contains 50 mg of caffeine and a cup of coffee has 100 mg. However, over-consuming caffeine can also have negative effects such as diarrhea, heart palpitations and insomnia.

There are studies showing that green tea can help you burn more fat and lose weight. Though Ozman says, it can burn only about an additional 75–100 calories per day, which shouldn't be labeled as miraculous.

“Green tea can create a meaningful effect when combined with other positive factors such as physical activity, adequate protein and energy intake. About one cup of green tea also contains 30-50 mg of caffeine," she said.

There are studies showing that the substance called capsaicin in red peppers can slightly speed up metabolism through diet-induced thermogenesis. The way it does this is that during consumption, it raises the heat inside of the body, causing you to burn a few more calories.

But Ozman warns against reading too much into it. Consuming yogurt with chili flakes or adding spices to meals won't significantly accelerate your metabolic rate, she warns, adding: "Consuming too much spice can have negative effects on gastrointestinal health in the long term."

Use them in moderation and benefit from their flavor, instead of considering them a fat burner or metabolism accelerator, she says.