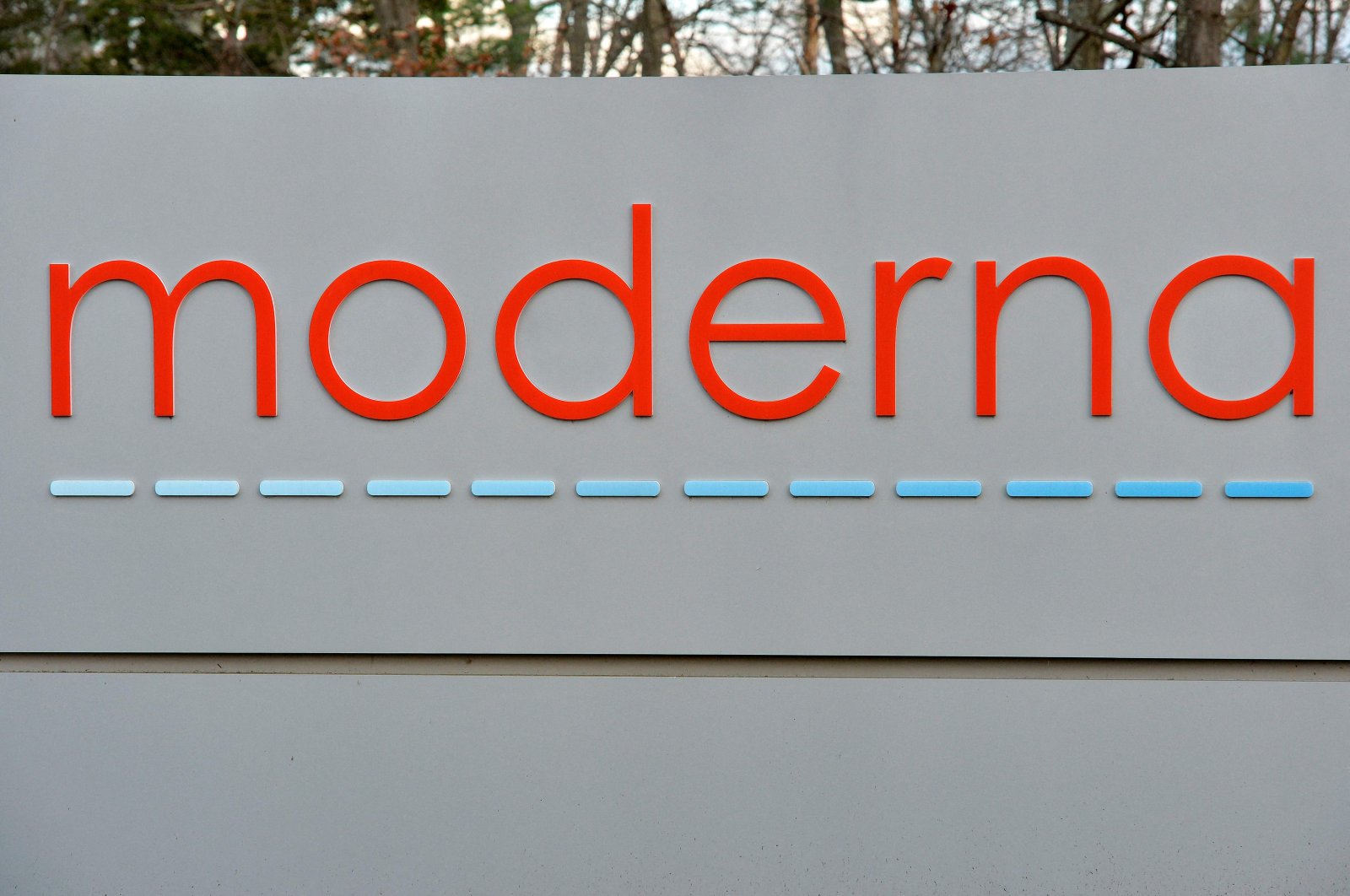 In this file photo the Moderna logo is seen at the Moderna campus in Norwood where the biotechnology company is mass producing its COVID-19 vaccine, Massachusetts, Dec. 2, 2020. (AFP Photo)
by French Press Agency - AFP Jul 08, 2021 11:13 am
RECOMMENDED

The company intends to recruit 180 adults in the United States for the Phase 1/2 portion of the trial to evaluate the safety and strength of immune response to the shot, called mRNA-1010.

It is based on the same messenger ribonucleic (mRNA) technology deployed in Moderna's COVID-19 shot, which is more than 90% effective, and if the trial proves successful, it could lead to a new generation of more protective flu vaccines.

"We expect that our seasonal influenza vaccine candidates will be an important component of our future combination respiratory vaccines," said CEO Stephane Bancel in a statement.

The majority of current flu vaccines are based on inactivated viruses cultivated in chicken eggs.

The strains have to be selected six to nine months before the vaccines are intended to be used, and their efficacy is approximately 40% to 60%.

Moderna hopes mRNA technology, which provokes an immune response by delivering genetic molecules containing the code for key parts of a pathogen into human cells, can accelerate development and increase scalability.

Several mRNA molecules that encode for different strains can also be delivered in the same shot.

The flu shot under development targets four strains of flu recommended by the World Health Organization (WHO): A (H1N1), A(H3N2), B/Yamagata and B/Victoria.

The WHO estimates there are approximately 3 million to 5 million severe cases of flu each year globally and 290,000 to 650,000 flu-related respiratory deaths.