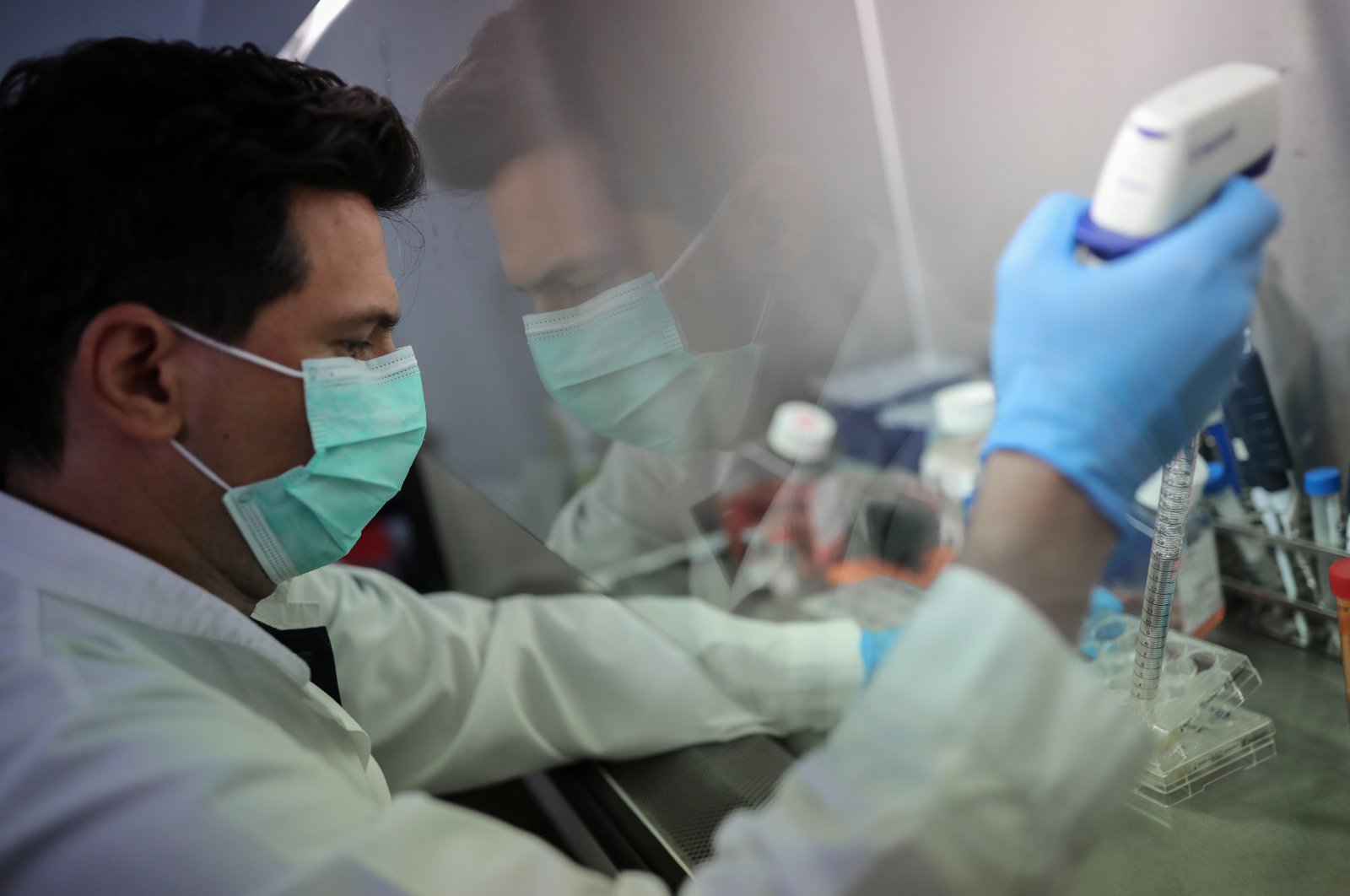 An aerosol-based drug treatment could drastically reduce the number of new coronavirus patients dying from the disease or requiring intensive care, according to preliminary results released Monday by a British biotech firm.

In a randomized trial of 100 patients admitted to the hospital with COVID-19, those who received an inhaled formula of the protein interferon beta were at 79% lower risk of developing a severe form of the disease compared with those who received a placebo.

They were also more than twice as likely to make a full recovery compared with the control group.

The firm behind the treatment, known as SNG001, said the preliminary results suggested "a major breakthrough" in the pandemic.

"We are all delighted with the trial results announced today, which showed that SNG001 greatly reduces the number of hospitalized COVID-19 patients who progressed from requiring oxygen to requiring ventilation," said Richard Marsden, CEO of Synairgen.

The results have not yet been peer-reviewed, and the sample size is relatively small.

But if confirmed, the treatment could revolutionize the way COVID-19 is dealt with in hospitals.

It forms part of the body's natural fight against infection, and the coronavirus suppresses its production in an attempt to evade an immune response.

Delivering the protein directly into the lungs of patients is designed to trigger a robust immune response to the virus, even in patients whose immune system is already weakened by infection.

"The results confirm our belief that interferon-beta ... has huge potential as an inhaled drug to be able to restore the lung's immune response," said Tom Wilkinson, professor of respiratory medicine at the University of Southampton.

He said the trial showed SNG001 was effective in "enhancing protection, accelerating recovery and countering the impact of the SARS-CoV-2 virus."

There are currently a number of treatments available for patients hospitalized with COVID-19.

Last month a Britain-based team of researchers led by the University of Oxford announced they had successfully reduced the risk of death among seriously ill patients by administering the commonly available steroid dexamethasone.