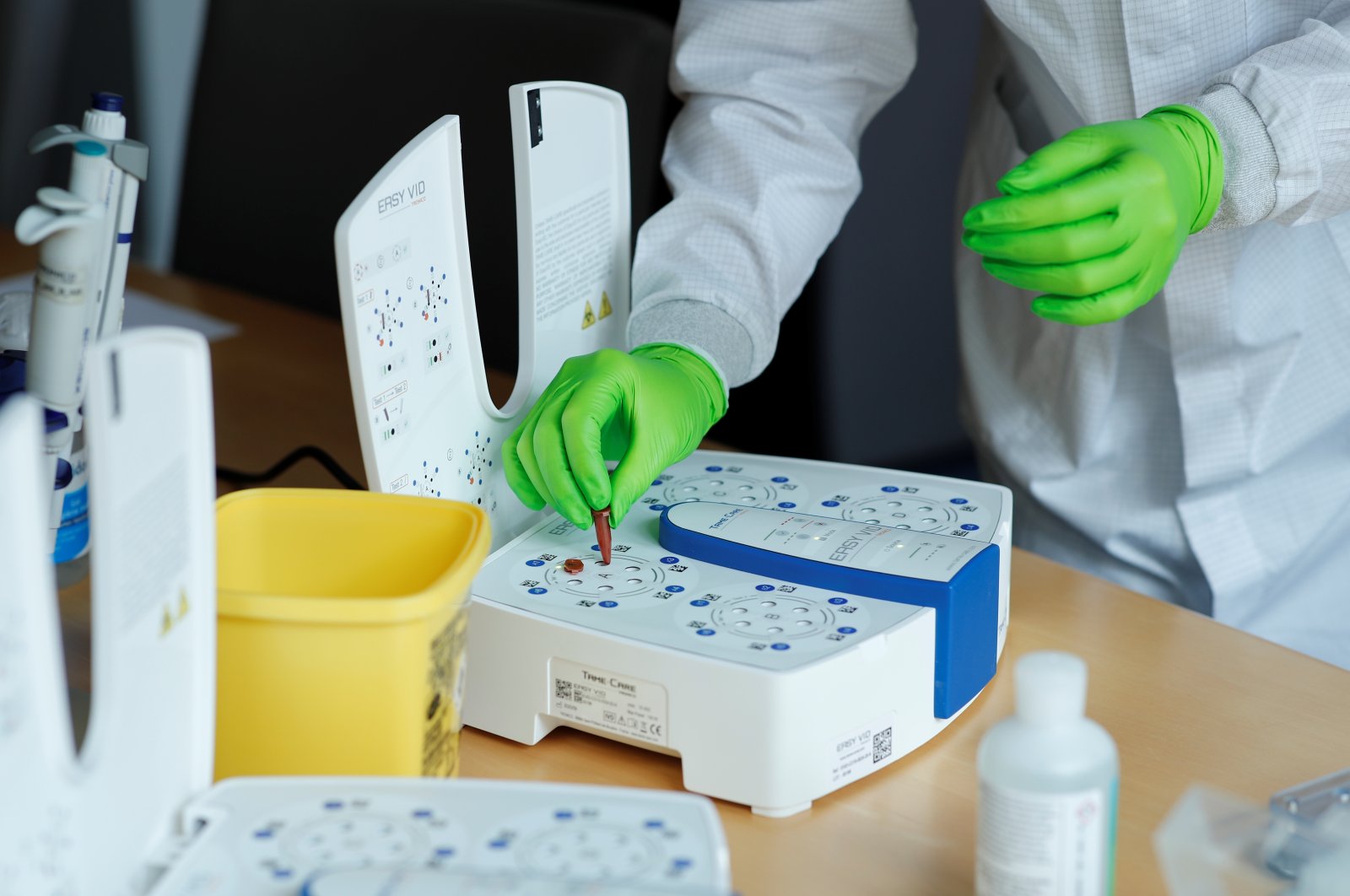 French researchers say they have had encouraging initial results from trials of a COVID-19 testing system that, they say, can deliver results in 40 minutes with no swab and no need to send off samples to a lab.

The French system showed 87.5% accuracy for detecting positive results when tested on a sample of 220 people, the researchers said, and they are now seeking approval from the French regulator for the system to go into commercial use.

"It's a test that can be done anywhere," said Alexandra Prieux, president of SkillCell, one of the partners in the project.

The system, called EasyCOV, is one of a number of options being developed around the world to try to fix a bottleneck with COVID-19 testing.

Most tests rely on taking swaps from deep in the nasal passage, and then sending the sample to a laboratory where it is analyzed using equipment and chemical kits made by a handful of manufacturers. Results can take days.

That arrangement has led to shortages and delays which, epidemiologists say, hamper efforts to isolate cases quickly and leave governments with no choice but to resort to economically costly lockdowns.

The EasyCOV system, developed by a partnership of SkillCell and the French National Centre for Scientific Research, involves taking a sample of saliva from the patient's mouth using a pipette.

The saliva is transferred to test tubes which are heated in a special portable device designed to be used on site. After 40 minutes, the results are ready. If the liquid in the tube is yellow, the patient has COVID-19. If the liquid is orange, they are negative.

The consortium said that since the initial test with 220 people, they have expanded their testing to include a sample of 720 people. Results from that wider testing are still being analyzed, they said.