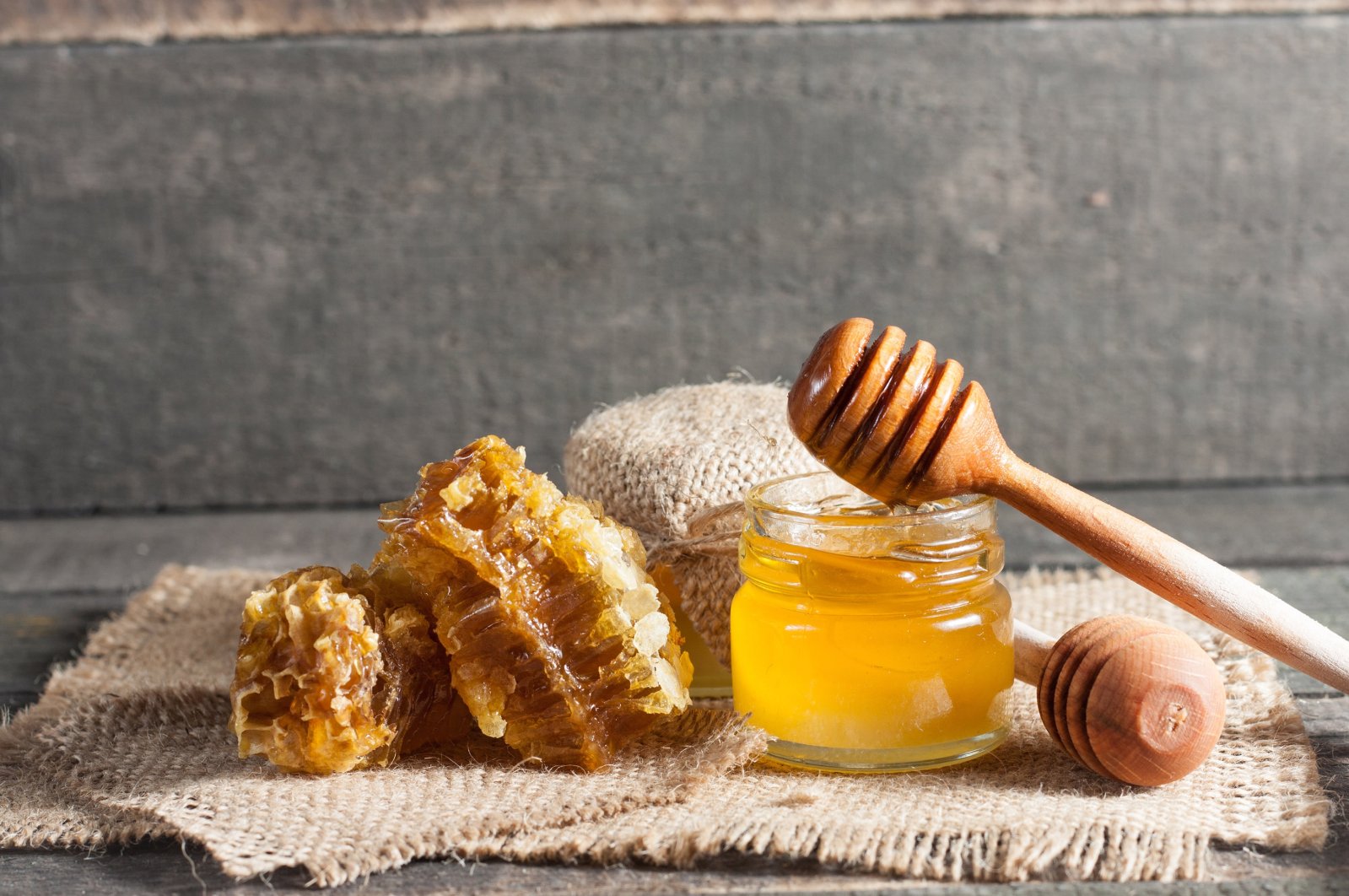 Honey may be better than prescription antibiotics for coughs in children, a new study has found. (Shutterstock Photo)
by Daily Sabah with DPA
Nov 17, 2020 11:05 am

Raise a hand if you were ever recommended to eat a teaspoon of honey or add it to your tea to help relieve a nasty cough. Especially if you lived in a Turkish household, it's likely that your grandparents were constantly telling you to eat more honey to ward off colds or soothe a scratchy throat.

And now, a study conducted by Oxford University is here to back up these claims.

The study, published in the BMJ journal, found that when children had a cough, honey, when consumed in a pure form with no additives, was surprisingly useful at relieving the symptoms of upper respiratory tract infections (URTIs) thanks to its antimicrobial properties.

"It provides a widely available and cheap alternative to antibiotics," the researchers found, adding that it reduces cough frequency and can "help efforts to slow the spread of antimicrobial resistance."

Prescription antibiotics remain the largest cause of antimicrobial resistance. Evidence has been emerging of the benefits of favoring natural options instead of over-the-counter drugs when it comes to colds and throat infections.

The authors of the study also noted that besides being affordable, this lay remedy also produced no side effects, especially for children.

However, both Turkish doctors and the German Professional Association of Paediatricians stress that children under 1 year of age should not be given honey.

Child Health and Diseases Specialist Zeynep Gül Hallaçoğlu says this is because honey contains bacteria called clostridium botulinum which can produce toxins in a baby's intestines and lead to botulism, a rare and potentially fatal illness which can lead to muscle and respiratory paralysis.

Heating the honey also doesn't help, as this doesn't reliably destroy the bacteria.

According to the association, parents should be careful with medicines that suppress the urge to cough, which shouldn't be given to children without consulting a doctor.

The reason is that if a child is not able to cough, mucus can collect in the airways and make breathing difficult. If the coughing lasts for more than two weeks or if there is a fever or shortness of breath, parents should take their child to the doctor – or sooner if a coronavirus infection is suspected.