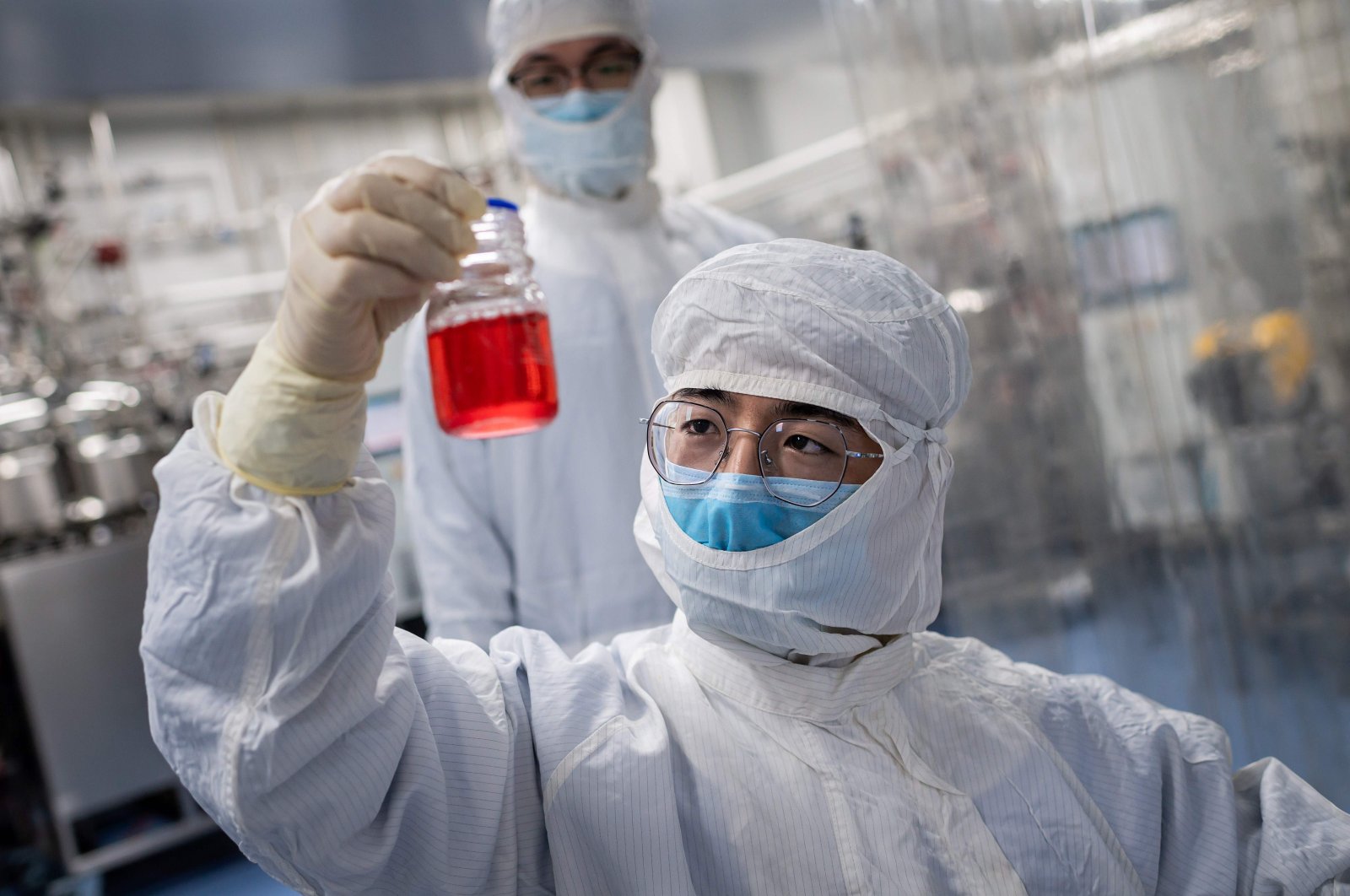 In this April 29, 2020, file photo an engineer looks at monkey kidney cells as he makes a test on an experimental vaccine for the COVID-19 coronavirus inside the Cells Culture Room laboratory at the Sinovac Biotech facilities in Beijing. (Photo by NICOLAS ASFOURI / AFP)
by REUTERS Jun 10, 2020 11:14 am
RECOMMENDED

A potential COVID-19 vaccine being developed by Chinese researchers showed promise in trials in monkeys, triggering antibodies and raising no safety issues, researchers said, and a human trial with more than 1,000 participants is underway.

The vaccine candidate, called BBIBP-CorV, induced high-level neutralizing antibodies that can block the virus from infecting cells in monkeys, rats, guinea pigs and rabbits, researchers said in a paper published in online by the medical journal Cell on Saturday.

"These results support the further evaluation of BBIBP-CorV in a clinical trial," researchers said in the paper. BBIBP-CorV, developed by Beijing Institute of Biological Products affiliated to state-owned China National Pharmaceutical Group (Sinopharm), is among five candidates China is testing in humans.

More than 100 potential COVID-19 vaccines are in various stages of development around the world. Among front runners currently in human trials are being developed by AstraZeneca, Pfizer, BioNtech, Johnson & Johnson, Merck, Moderna, Sanofi and China's CanSino Biologics.

As well as appearing safe and able to generate an immune response in animals, BBIBP-CorV did not appear to trigger antibodies that could boost the infection - a phenomenon known as antibody-dependent enhancement (ADE)- the researchers said, although this does not necessarily guarantee ADE won't occur in human tests.

Apart from BBIBP-CorV, Sinopharm, which has invested 1 billion yuan ($141.40 million) in vaccine projects, is testing in humans another vaccine candidate developed by its Wuhan-based unit. The two shots have been given to more than 2,000 people in clinical trials.