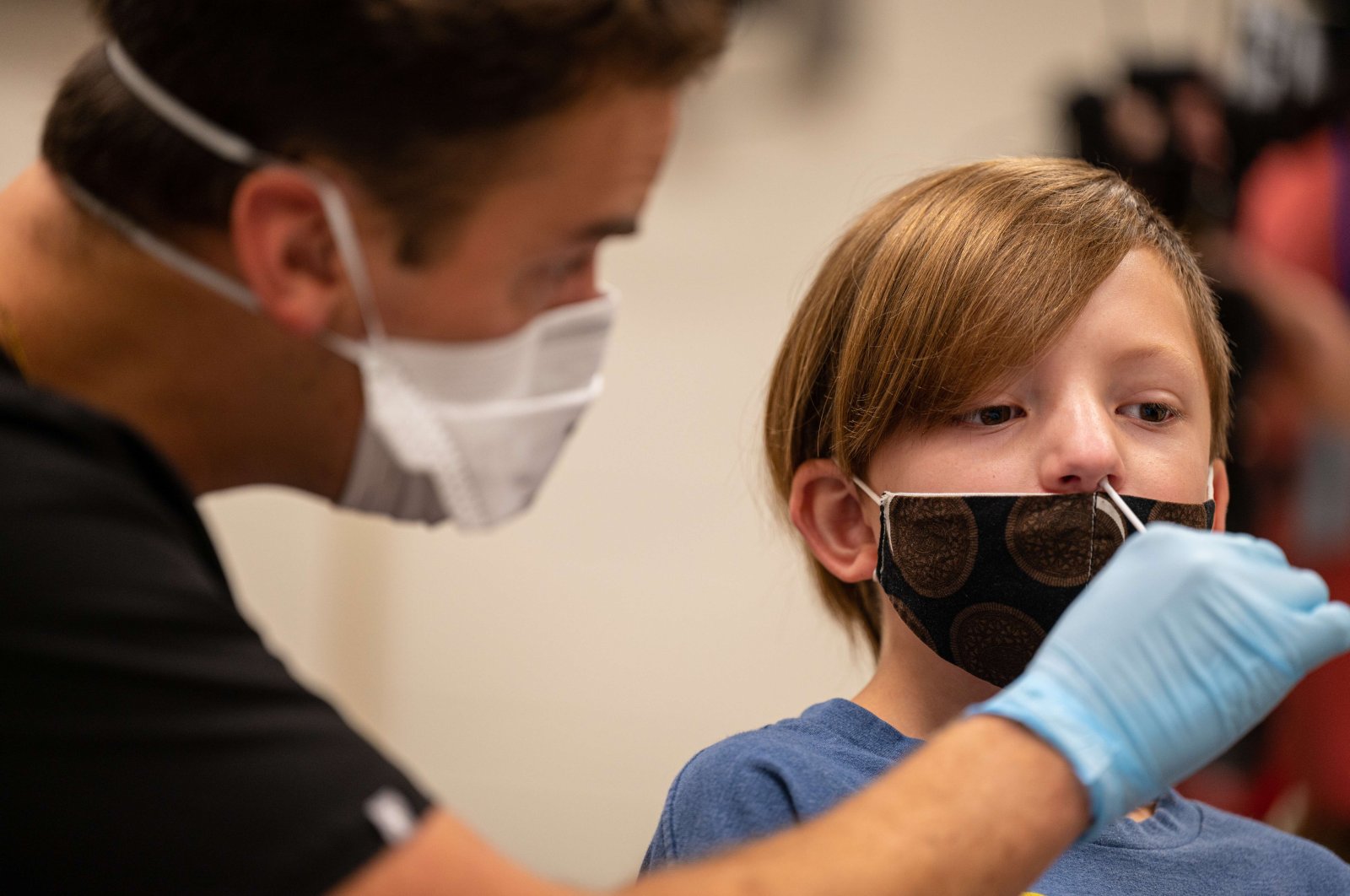 As the pandemic does not seem to be coming to an end, researchers have developed a cheaper and quicker COVID-19 test that could be rolled out at airports in as little as three months.

The development, from scientists at the University of Birmingham, comes amid ongoing controversy about the expense of tests required for travelers coming to the U.K. and other European countries.

PCR tests in the U.K. typically cost around 65 British pounds ($89) but some private clinics are charging around 200 ($275). Similar prices have been reported in Eurozone countries.

European Health Secretary Sajid Javid has acknowledged that the cost of PCR testing can be "a barrier" to people wanting to travel and said consumers and families need to be protected from "exploitative practices."

An internal review of the pricing and standards of service from test providers was announced over the weekend.

Researchers at the University of Birmingham said they have developed a test that is as sensitive as a PCR test but can give results in just a few minutes without the need for a laboratory.

One of those behind the research said it would be "ideally suited" to airports and could be rolled out in three to six months with commercial backing.

Their test, using the exponential amplification reaction (EXPAR) method, can detect results in less than 10 minutes, even for low levels of the virus, they said.

Tim Dafforn, professor of biotechnology at the university's School of Biosciences, said: "An ideal test would be one that is both sufficiently sensitive and speedy – our test, called RTF-EXPAR, achieves this goal."

He added: "The simplicity and speed of this new test mean that it is ideally suited to environments where a rapid answer is required close to need, like airports and entertainment venues.

"The test works with existing instrumentation, meaning that it could conceivably be deployed in these areas in three to six months with some commercial backing." At low levels of virus, results were detected in around 8.75 minutes, while at high concentrations the detection time was just 3.08 minutes, the researchers said.

Professor Andrew Beggs, from the Institute of Cancer and Genomic Sciences at the university, who also worked on the study published in PNAS, said their test should be "much cheaper" than laboratory-based tests and added that they would like to see it rolled out "as soon as possible."

The full results will be published "in the near future," he said. Prof Beggs added: "The university has filed a patent application and is talking to commercial partners who would bring the test to market. We'd like to see it rolled out as soon as possible. "The test is suitable for near-patient testing, so should be much cheaper than laboratory-based tests."