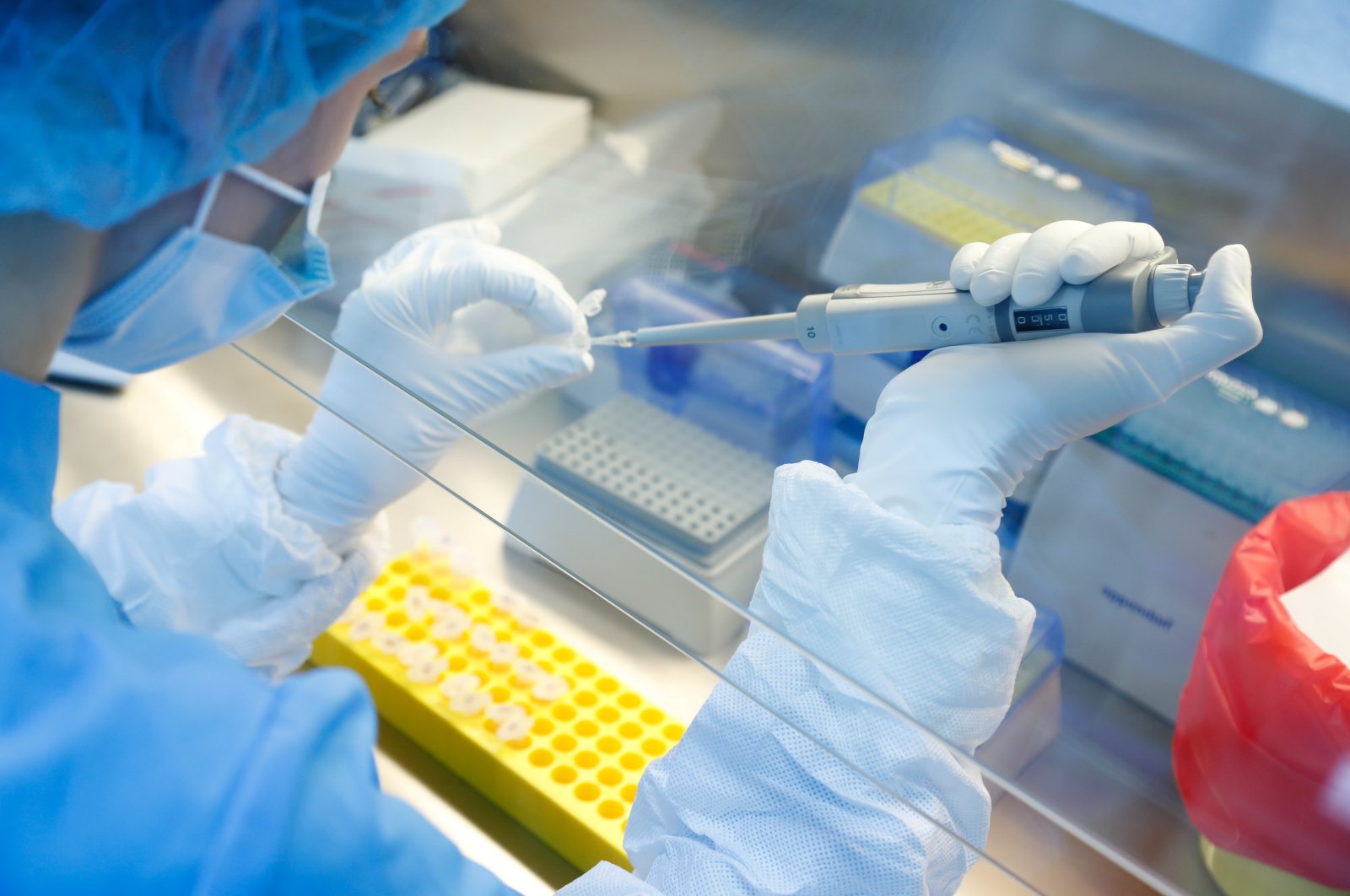 A scientist prepares samples during the research and development of a vaccine against the coronavirus disease (COVID-19) at a laboratory of BIOCAD biotechnology company in Saint Petersburg, Russia, June 11, 2020. (Reuters Photo)
by French Press Agency - AFP
Jul 15, 2020 2:40 pm

The Russian defense ministry said on Wednesday it had developed a "safe" coronavirus vaccine following clinical trials on a group of volunteers.

The ministry said 18 people had participated in the research and were discharged without "serious adverse events, health complaints, complications or side effects."

The results of the trials "allow us to speak with confidence about the safety and good tolerability of the vaccine," it said in a statement.

The defense ministry did not say whether the vaccine was in fact effective but a doctor working on the trials said the volunteers were now protected against the coronavirus.

"Their immunity is working well, antibodies are being created, they are protected against the coronavirus," researcher Svetlana Volchikhina said in a video released by the defense ministry.

Defense Minister Sergei Shoigu told President Vladimir Putin during the height of the epidemic in Russia in late May that military researchers were developing a vaccine with scientists at the Gamaleya Institute in Moscow.

The volunteers were isolated in the Burdenko military hospital in Moscow on June 18 when the trial vaccine was administered and underwent daily check-ups.

The defense ministry reported that "for 28 days after vaccination, the vital signs of the volunteers remained within normal limits."

"We now know that we are 100 percent protected," Yury, a member of the army who participated in the tests, said on leaving the hospital.

A second group of participants who were vaccinated on June 23 are currently in isolation in the hospital under medical supervision.

The defense ministry has said it expects clinical trials to be fully completed by the end of July.

Russia has recorded the fourth highest number of coronavirus infections in the world with 746,369 cases and nearly 12,000 deaths, health officials said on Wednesday.