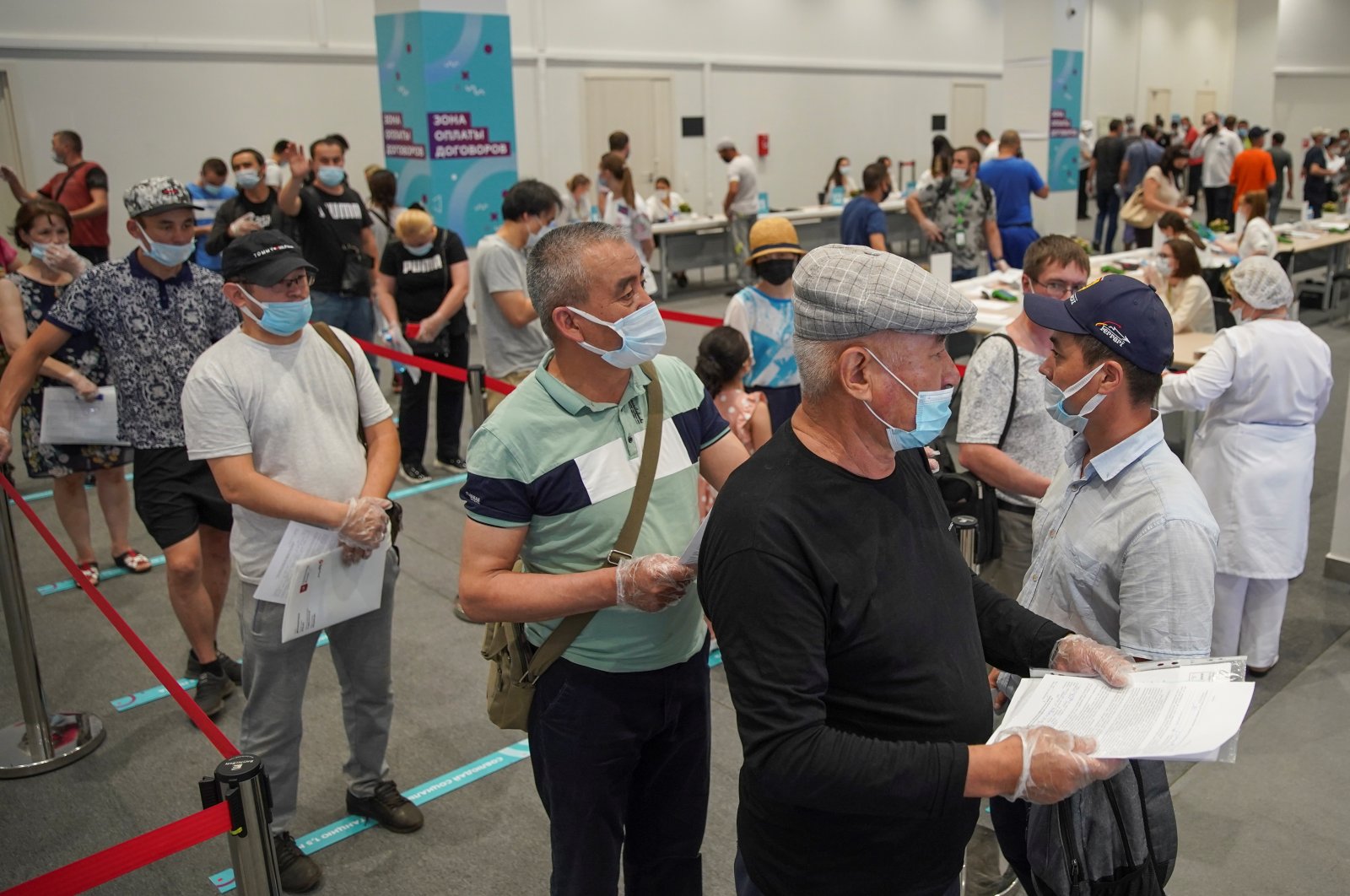 People wait to receive a vaccine against the coronavirus at a vaccination center in Luzhniki Stadium in Moscow, Russia July 8, 2021. (Reuters Photo)
by French Press Agency - AFP Jul 08, 2021 3:54 pm
RECOMMENDED

Dozens of criminal probes to crack down on fake COVID-19 vaccination certificates were launched by Russian police in Moscow, while vaccine skepticism stays high in the country despite the soaring number of cases.

Russia's black market for falsified vaccine certificates is flourishing, largely fuelled by a mistrust of the homegrown Sputnik vaccine.

The underground trade has taken hold even as a third wave of the virus sweeps across the country, breaking national records for virus-related deaths in recent weeks.

Senior Moscow police official Pavel Milovanov said 32 cases had been opened into the falsification of vaccine certificates, according to Russian news agencies.

Authorities launched a vaccination campaign in December, but so far only 18.5 million of 146 million Russians – or 13% of the population – have been fully vaccinated.

Recent polling suggests around half of Russians do not intend to get inoculated.

But Sobyanin said the outbreak in the capital had been "stabilizing" in recent days.

"The number of new cases and hospitalizations remains very high but at least it has slightly declined from the peak levels seen a week ago," he said.

"For now, we can abstain from introducing additional restrictions," Sobyanin said Thursday.

Russia has the highest official toll from the virus in Europe – even as it has been accused of underreporting deaths by counting only cases when coronavirus was found to be the primary cause of death after the autopsy.