Should you stay married for the kids? 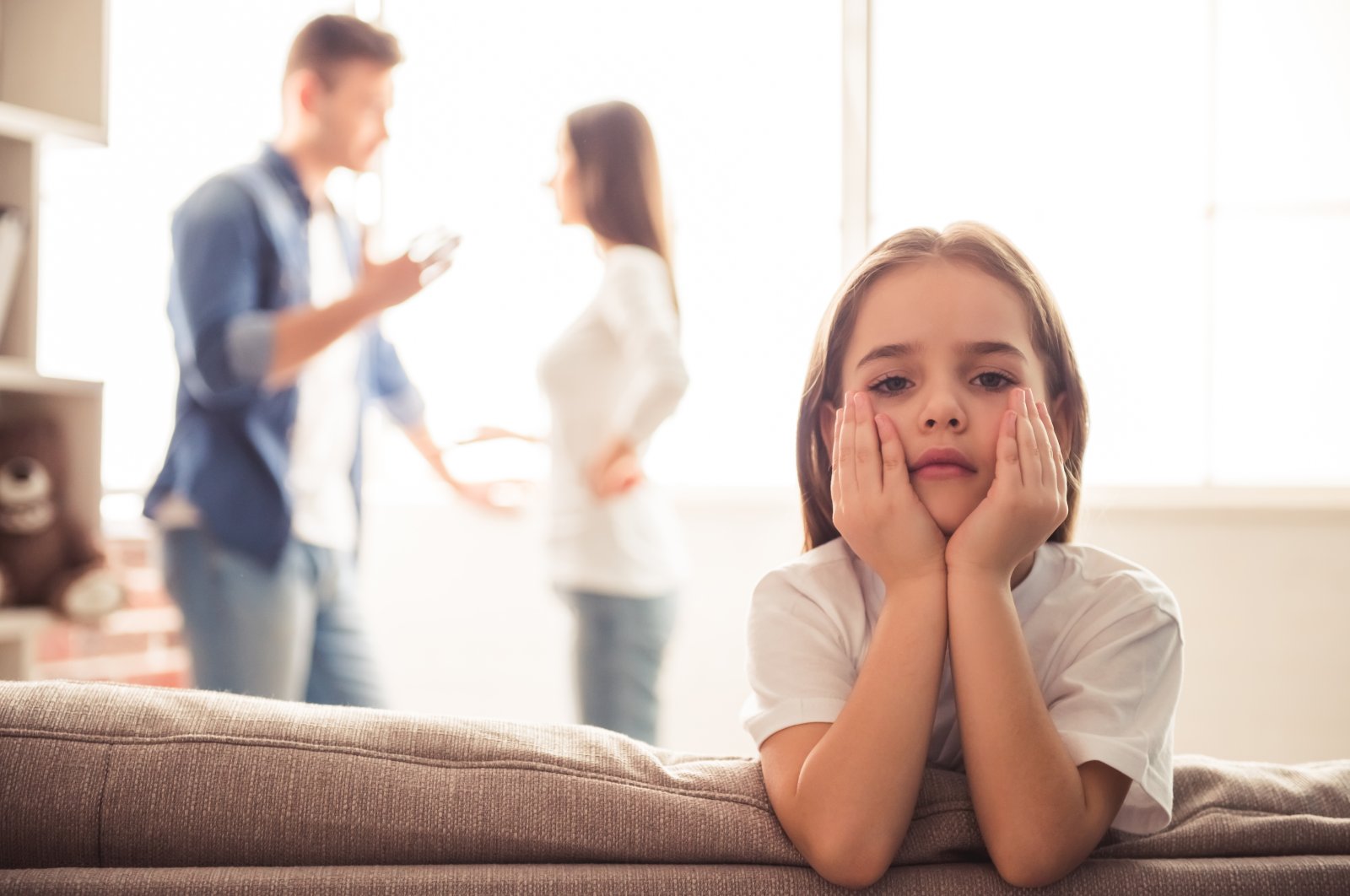 Experts are predicting a global increase in the number of divorces in 2021. (Shutterstock Photo)
by Asene Asanova May 26, 2021 8:22 am

Getting a divorce is always a hard decision and it might be even harder when you have children. But does it really have a negative effect on them?

In 2020 amid the COVID-19 pandemic, restrictions, quarantines and lockdowns the number of marriages and divorces decreased in many countries, but according to experts, this will not be the case for the current year.

Families around the world were given a great test of endurance due to the deterioration in the balance of work and private life, increased economic pressure, closed schools and the uneven distribution of housework.

Experts predict that the relaxing of quarantine measures in 2021 and beyond will cause a global increase in the number of divorces.

According to statistics, 135,022 couples got divorced in Turkey in 2020 while legal guardians were designated for 124,742 kids.

Of course, everyone tries to save their family and fight for their happiness and the happiness of their children, but is sticking together always the right way? It might not be, according to Ceren Kurtay Doğan, a psychologist at the Istanbul-based Institute of Behavioral Sciences.

Every marriage deserves a chance, Doğan said, however, if it is not possible to be together despite all efforts, considering divorce could be the healthiest solution for all parties, including the children.

The children of families who continue to live together, even though they have ceased to be spouses, feel mentally constrained. For the child, staying married does not solve the problem in the family. The main reason why children react to divorce is that they do not want to be separated from their parents, Doğan said.

Decision should not be related to kids

When marriage gets difficult and harsh for spouses, they might make a decision to part ways. However, the existence of shared children in the family can significantly affect the divorce decision and the divorce process of the couples.

The best thing that can be done for children is to sincerely show the efforts of the spouses to revive respect and love in a marriage and to accept support if necessary.

Some couples “sacrifice” themselves and keep their marriage for the children, thinking that it is best for the kids, but most of the time it traumatizes them even more.

No matter what their age, children are constantly being hurt in bad marriages that continue. Whether intentional or not, children do feel everything, Doğan explained.

So continuing such a marriage is not “staying for the children,” but staying in the marriage despite the traumas the kids have received in the process, she added.

Divorce is not the issue

Of course, children do not want their parents to divorce. However, what they really don't want is to be separated from their parents, Doğan said.

Children are afraid of divorce because of concerns such as not seeing them again and missing them a lot. If the communication of children with their parents after the divorce is regulated in a healthy way, if their duties and responsibilities of being parents are not interrupted, children will adapt to this new situation in a very short time.

Children do not want their parents to be unhappy, anxious or weak. For this reason, people should prioritize their own happiness in order to manage the process well.

In the process of the kids getting used to the separation, some couples make plans to get together with the children, and showing the children the reasoning behind this can be positive. However, in some cases parents fail to set boundaries after the divorce, instead prioritizing a smooth transition that they believe is good for the children. Despite being a well-intentioned thought, this situation can prolong the adaptation process and have a serious impact on the children.

“We all eat together once a week. We don’t want the children to be negatively affected by the situation” some may say and this can also be related to using the children as an excuse for their own adaptation process, Doğan said.

It is better for children if the boundaries of the divorce are drawn in a healthy way, with some rules and limitations, she added.

Some parents may feel guilty for seeing their children only a few days a week or having a new relationship after a divorce, thinking their kid will “love me less” or “will forget me.” In those cases parents may forget about the boundaries, which can further traumatize the child, Doğan said.