T-cells from common colds may protect against COVID-19: Study 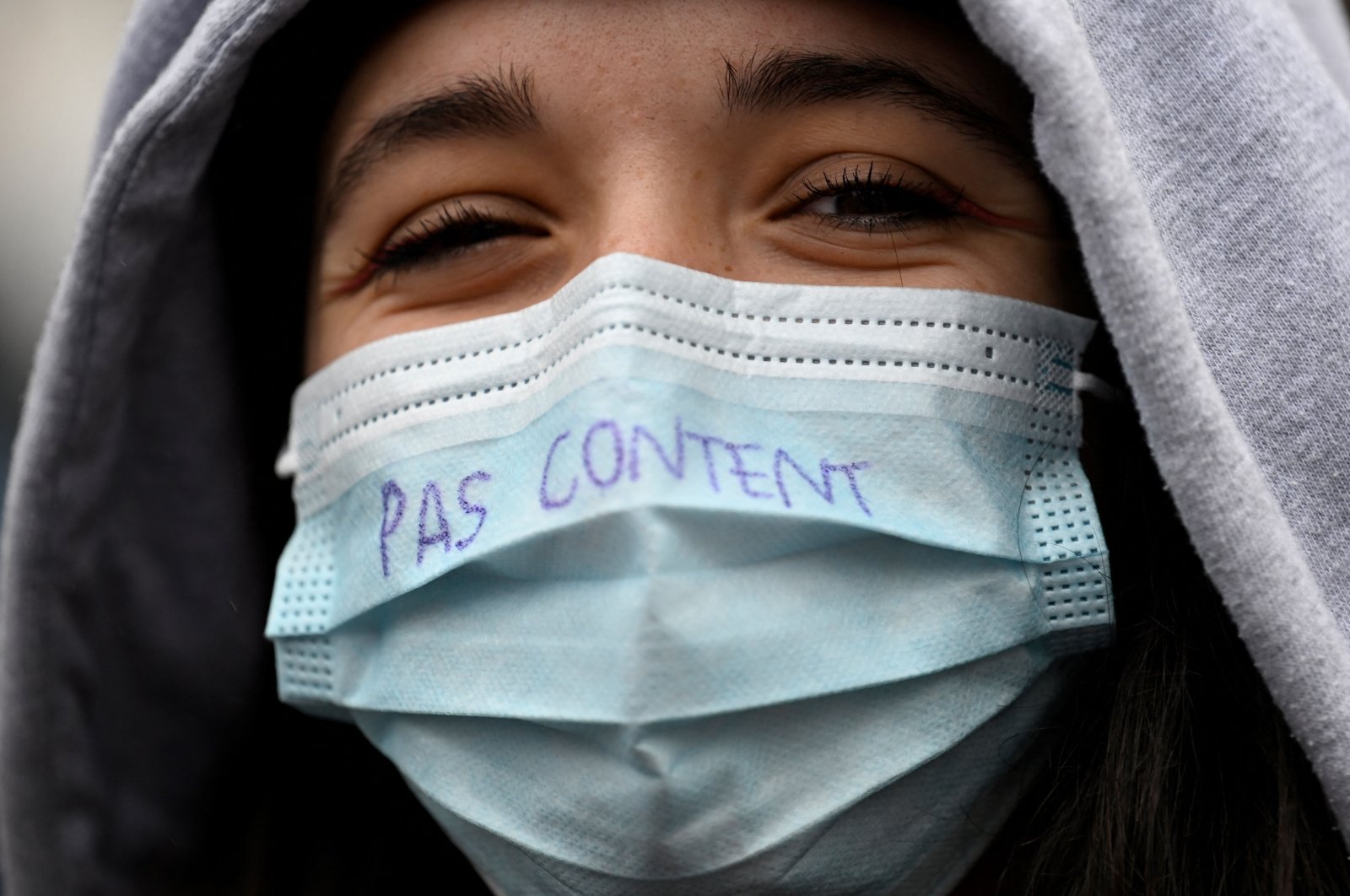 A health worker wears a face mask reading "Not happy" during a demonstration in support of the public hospital during a nationwide protest to ask for better working conditions and salary increases in Rennes, western France, Jan. 11, 2022. (AFP Photo)
by REUTERS Jan 12, 2022 11:46 am
RECOMMENDED

High levels of T-cells from common cold infections can provide protection against COVID-19, an Imperial College London study published on Monday has found, which could inform approaches for second-generation vaccines.

Immunity against COVID-19 is a complex picture, and while there is evidence of waning antibody levels six months after vaccination, T-cells are also believed to play a vital role in providing protection.

The study, which began in September 2020, looked at levels of cross-reactive T-cells generated by previous common colds in 52 household contacts of positive COVID-19 cases shortly after exposure to see if they went on to develop an infection.

It found that the 26 who did not develop an infection had significantly higher levels of those T-cells than people who did get infected. Imperial did not say how long protection from the T-cells would last.

"We found that high levels of pre-existing T-cells, created by the body when infected with other human coronaviruses like the common cold, can protect against COVID-19 infection," study author Dr. Rhia Kundu said.

The authors of the study, published in Nature Communications, said that the internal proteins of the SARS-CoV-2 virus targeted by the T-cells could offer an alternative target for vaccine makers.

Current COVID-19 vaccines target the spike protein, which mutates regularly, creating variants such as omicron that lessen the efficacy of vaccines against symptomatic infection.

"In contrast, the internal proteins targeted by the protective T-cells we identified mutate much less," professor Ajit Lalvani, co-author of the study, said.

"Consequently, they are highly conserved between the various SARS-CoV-2 variants, including omicron. New vaccines that include these conserved, internal proteins would therefore induce broadly protective T-cell responses that should protect against current and future SARS-CoV-2 variants."