Too old for gym? Working out slows muscle loss with age 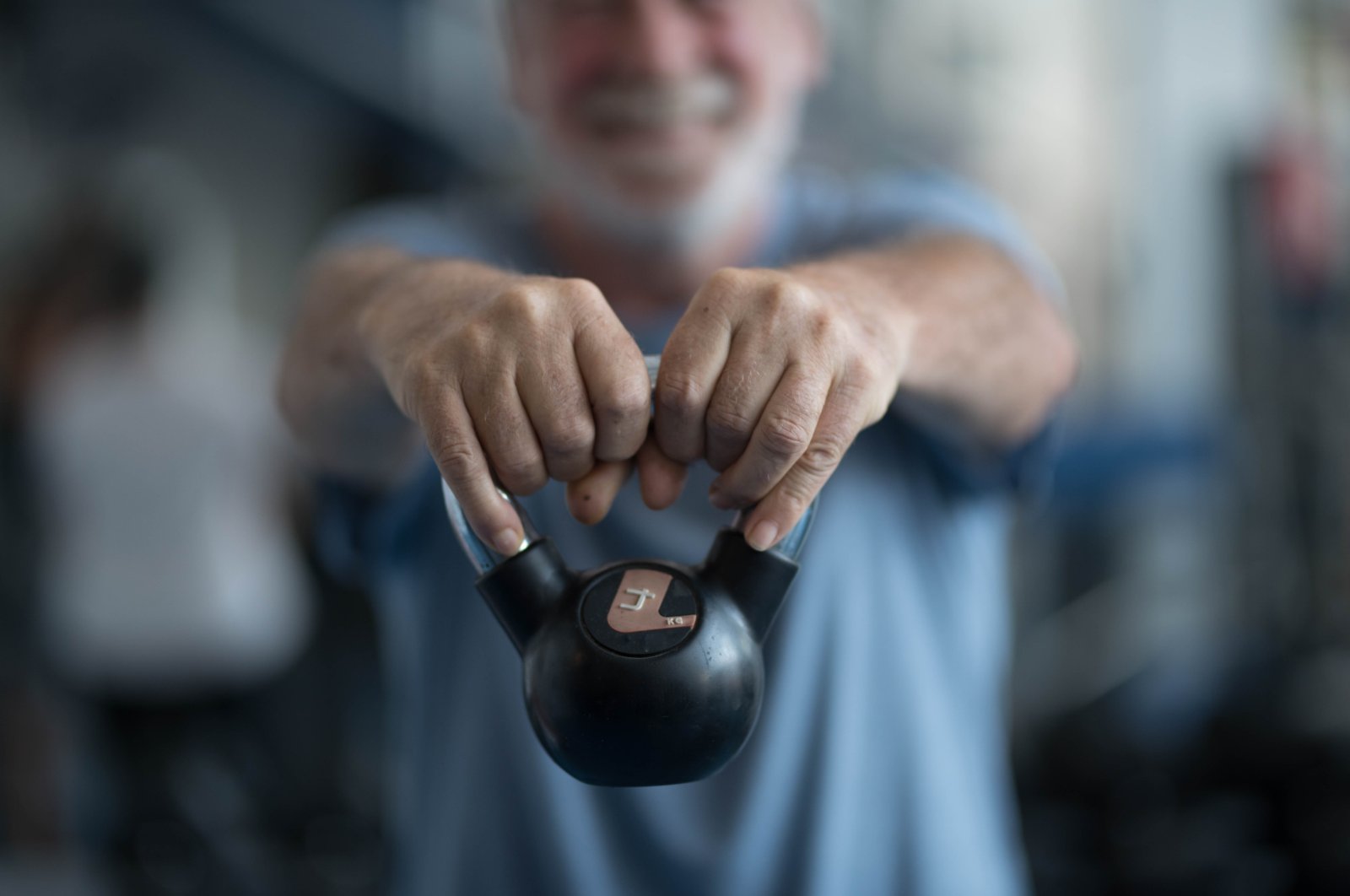 Working out at the gym is widely popular among youngsters across the planet, but you do not see many elderly people doing sports regularly, even though they should.

We lose skeletal muscle mass as we get older. It often goes unnoticed because it's gradual and not at all painful.

But the effects of sarcopenia, as the condition is known medically, make themselves felt as diminishing strength and mobility.

It becomes difficult to climb stairs and carry shopping bags. Countless daily tasks aren't as easy as they used to be.

Many people shrug this off as an inescapable consequence of aging and reduce their physical activity – wrongly, as this will only hasten their loss of muscle mass.

"Muscle mass begins to decline in everyone around the age of 30," says Dr. Juergen Giessing, a professor of sport science at the University of Koblenz-Landau in Germany. Up to 2% per year is lost, and people over 70 lose about 3% yearly.

Extended bed rest carries the risk of even greater muscle atrophy and diminished strength. In many cases, people become so weak that they can't get back on their feet.

Conditions such as cancer and chronic obstructive pulmonary disease (COPD), as well as heart and kidney disorders, are also associated with sarcopenia. "They can affect young and old people alike," notes Dr. Sebastian Gehlert, a professor of sport biosciences at the University of Hildesheim in Germany.

But the biggest risk factor for sarcopenia is old age.

So it's important that older people work out their muscles regularly, but "you won't increase your strength much with sports such as swimming or cycling," he says.

Giessing agrees, and argues that "strength training doesn't really require much time and effort." You don't have to lift heavy barbells, he says, as exercises such as squats, shoulder presses and pull-ups on guided weight machines are also effective in building muscle.

Three one-hour workouts a week are ideal, according to Giessing, but he says that even one weekly session can be effective.

It's important to perform the exercises slowly and correctly, and vital that you work out regularly in order to build muscle.

"You can't, for example, go train in the summer and then stop in the winter on account of the weather," he remarks.

In addition to strength training, a diet rich in protein is absolutely necessary to build, maintain and repair muscle.

"A frequent problem for many older people is a decreased sensation of hunger, however, so they consume comparatively fewer calories," points out Gehlert, who says this can quickly lead to malnutrition – not least with respect to protein.

High-protein foods are essential for the elderly, and especially after strength training. As a general rule, it's now recommended that older people whose kidneys are healthy but who suffer from muscle atrophy consume 20 to 40 grams of protein at every main meal.

Omega-3 fatty acids and the amino acid creatine also have a positive effect on muscle maintenance. The former can be found, for instance, in good flaxseed oil and fatty fish such as wild salmon.