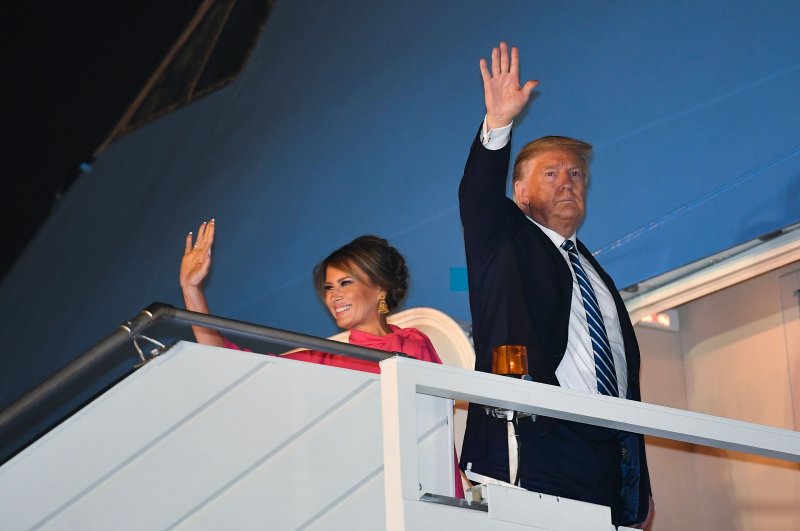 U.S. President Donald Trump said Tuesday that the U.S. is “very close” to producing a vaccine to cure coronavirus, according to NBC News. However, the White House later clarified that the president was in fact referring to a vaccine for Ebola.

“Now they have it, they have studied it, they know very much. In fact, we’re very close to a vaccine,” Trump told a press conference near the close of his two-day visit to India.

However, White House spokesman Judd Deere told CNBC later on Tuesday that the president was “talking about the Ebola virus.”

The U.S. Food and Drug Administration said in December that it had approved a vaccine to prevent the deadly Ebola virus, which devastated West Africa from 2014 to 2016.

Trump sought to calm fears about the coronavirus at the news conference Tuesday, saying the outbreak is "very well under control in our country.”

“We have very few people with it,” he said.

Trump referenced a group of 14 Americans who tested positive for coronavirus and were among hundreds of U.S. citizens recently evacuated from a cruise ship off the Japanese coast and brought to U.S. facilities.

Trump said those individuals were placed into quarantine and “we think they'll be in very good shape very, very soon.”

In earlier remarks Tuesday, Trump said he wants the additional $2.5 billion to shore up defenses “in case something should happen” and to help other countries.

The White House budget office said the funding would be used for vaccine development, treatment and protective equipment, but Democrats immediately slammed the request as insufficient.

The budget request came as coronavirus fears were credited with Monday's 1,000-plus-point drop in the Dow Jones Industrial Average.

The rapid spread of the virus around the world and its threat to the global economy has rocked financial markets, but Trump said China is getting the epidemic under control.

Democrats in control the House wrote HHS Secretary Alex Azar earlier this month to request funds to help speed development of a coronavirus vaccine, expand laboratory capacity and beef up screening efforts at U.S. entry points. Azar was slated to testify before the Senate Appropriations Committee on Tuesday, and the U.S. response to the outbreak is sure to be a major topic.

The quickly spreading virus has slammed the economy of China, where the virus originated, and caseloads are rapidly increasing in countries such as South Korea, Iran and Italy. More than 80,000 people around the world have been infected with coronavirus, with more than 2,500 deaths, mostly in China.

As of Tuesday, the United States had 35 of the more than 80,000 known cases. Separately, one U.S. citizen died in China.