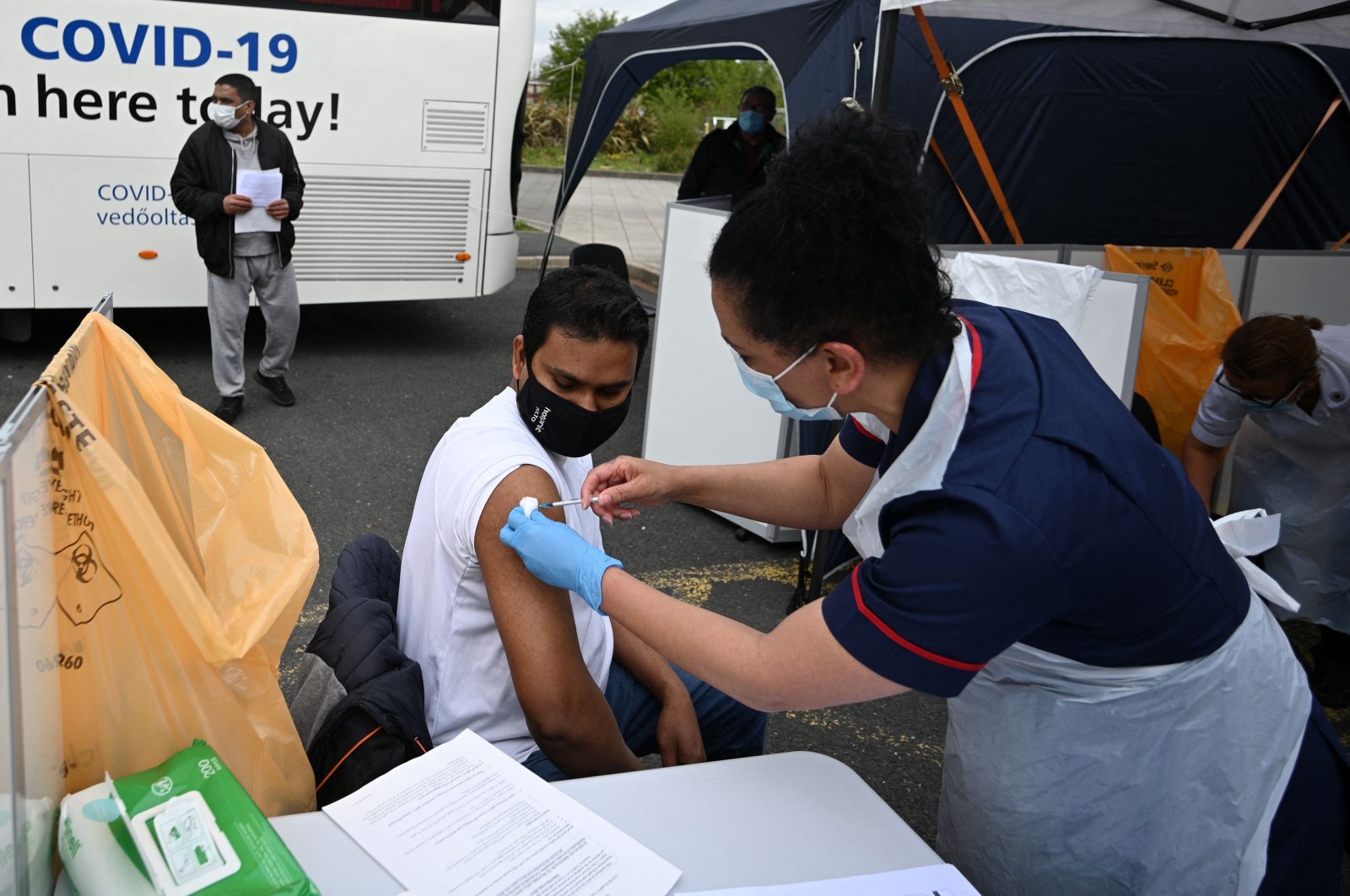 Vaccine efficacy and dosage against variants of COVID-19 have been hot topics in the scientific community recently, and English health officials Saturday stated that a double dose of vaccines is as effective against the Indian variant as it is against the British strain.

Britain's health minister said the data was groundbreaking and he was increasingly hopeful that the government would be able to lift more COVID-19 restrictions next month.

A study by Public Health England (PHE) found the Pfizer-BioNTech vaccine was 88% effective against symptomatic disease from the B.1.617.2 variant two weeks after the second dose.

That compared with 93% effectiveness against the B.1.1.7 "Kent" strain which is Britain's dominant COVID-19 variant.

Two doses of the AstraZeneca vaccine were 60% effective against symptomatic disease from the Indian variant compared with 66% effectiveness against the Kent variant, PHE said.

"I'm increasingly confident that we're on track for the roadmap, because this data shows that the vaccine, after two doses, works just as effectively (against the Indian variant)," Health Secretary Matt Hancock told broadcasters.

Under the government's plans, a lifting of the remaining coronavirus restrictions is due to take place from June 21.

Britain has rushed out Europe's fastest vaccination program so far but it has faced a new challenge from the spread of the variant first found in India.

Data published Saturday showed new COVID-19 cases reported in Britain rose by 10.5% in the seven days to May 22, although it remained a fraction of levels seen earlier this year.

Prime Minister Boris Johnson this month ordered an acceleration of remaining second doses to the over 50s and people who are clinically vulnerable.

PHE said a first dose of both vaccines was 33% effective against symptomatic disease from B.1.617.2 after three weeks, lower than its 50% effectiveness against B.1.1.7.

Hancock said that showed that getting both doses of the vaccine was "absolutely vital."

Concern about rising cases in Britain of the variant first found in India prompted Germany to say Friday that anyone entering the country from the United Kingdom would have to quarantine for two weeks on arrival.

Also Friday, the head of Germany's public health institute said existing COVID-19 vaccines might be less effective against the B.1.617.2 variant.