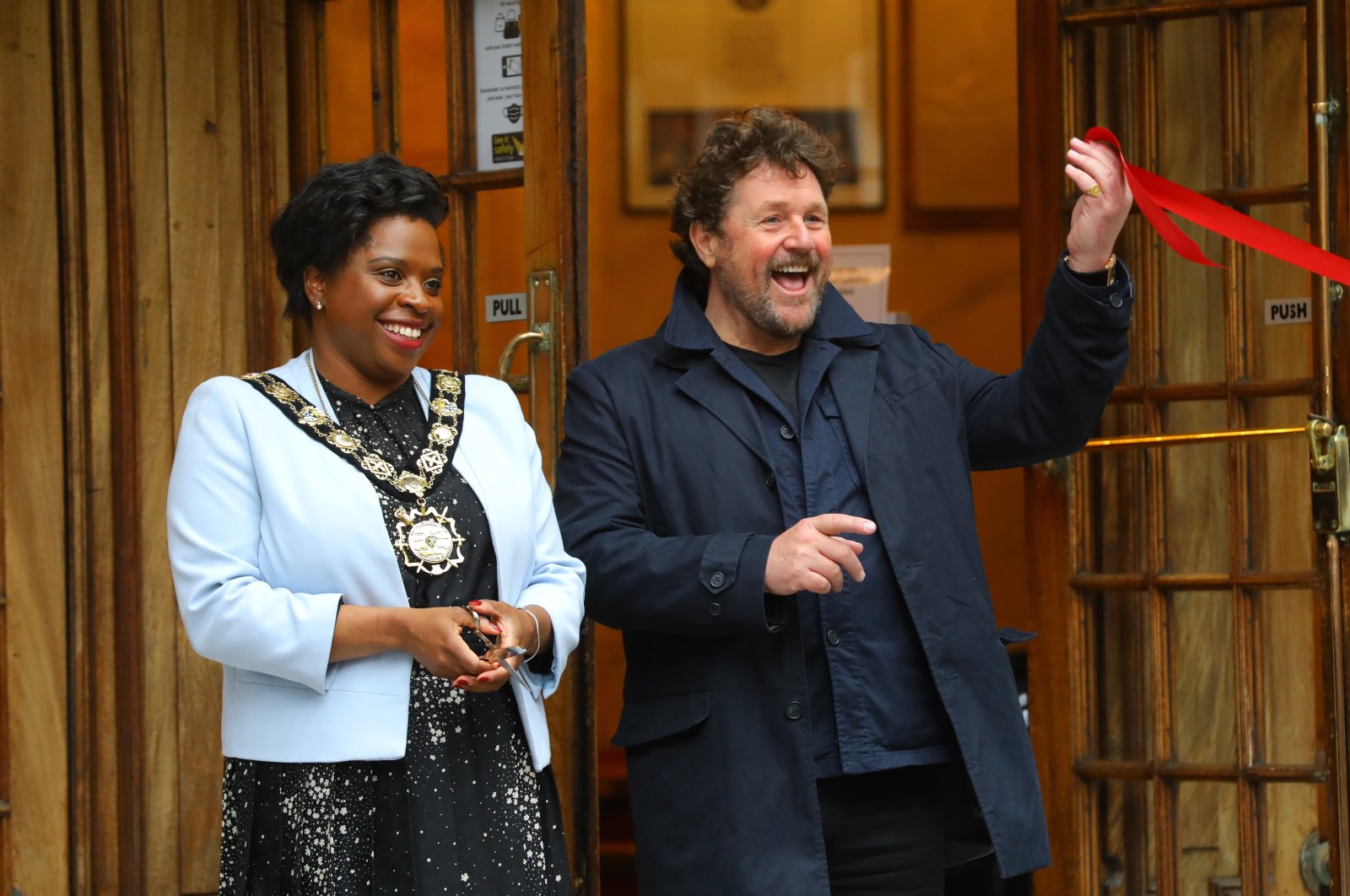 Hope about the coronavirus variant first found in India is growing in the U.K. as a leading epidemiologist suggests it spreads more slowly than originally predicted, keeping Britain's COVID-19 lockdown exit strategy intact.

British Prime Minister Boris Johnson had warned that the emergence of the B.1.617.2 strain, which the World Health Organization (WHO) had labeled a "variant of concern," might derail his plans to lift England's lockdown fully on June 21, but on Wednesday he said the latest data had been encouraging.

"We have increasing confidence vaccines are effective against all variants, including the Indian variant," he told parliament.

British Health Minister Matt Hancock told a media conference there had been 2,967 cases of the variant, and reiterated that a decision on the next stage of easing of social restrictions would not take place until June 14.

Johnson last week said the extent to which the variant could disrupt the planned exit from lockdown would depend on how much more transmissible it was.

England's deputy chief medical officer Jonathan Van-Tam said the best estimate was that the Indian variant was somewhere between a few percent and 50% more transmissible, and data should provide a clearer picture next week.

"I think most people feel it is going to be somewhere in the middle, rather than at the extremes of that band," Van-Tam told a media conference.

Neil Ferguson, an epidemiologist at Imperial College London, said there was a "glimmer of hope" from the latest data that the transmissibility of the variant might be lower than many worried.

"The magnitude of that advantage seems to have dropped a little bit with the most recent data," he told BBC radio, adding more data was needed.

He said that while it was likely vaccines would continue to protect against severe disease, the variant might lead to reduced vaccine efficacy against infection and transmission.

Ferguson said the initial rapid growth of B.1.617.2 had been among people who had traveled, were more likely to live in multi-generational households or in deprived areas, and that the ease of transmission might not be replicated in other settings.

Graham Medley, a professor of disease modeling at the London School of Hygiene and Tropical Medicine and a member of the government's Scientific Advisory Group for Emergencies (SAGE), said that while the variant was growing quickly in some hotspots, "we haven't yet seen it take off and grow rapidly everywhere else."

"One of the key things we'll be looking for in the coming weeks will be: how far does it spread outside of those areas," he told Reuters.