UK coronavirus strain detected in at least 60 countries, WHO says 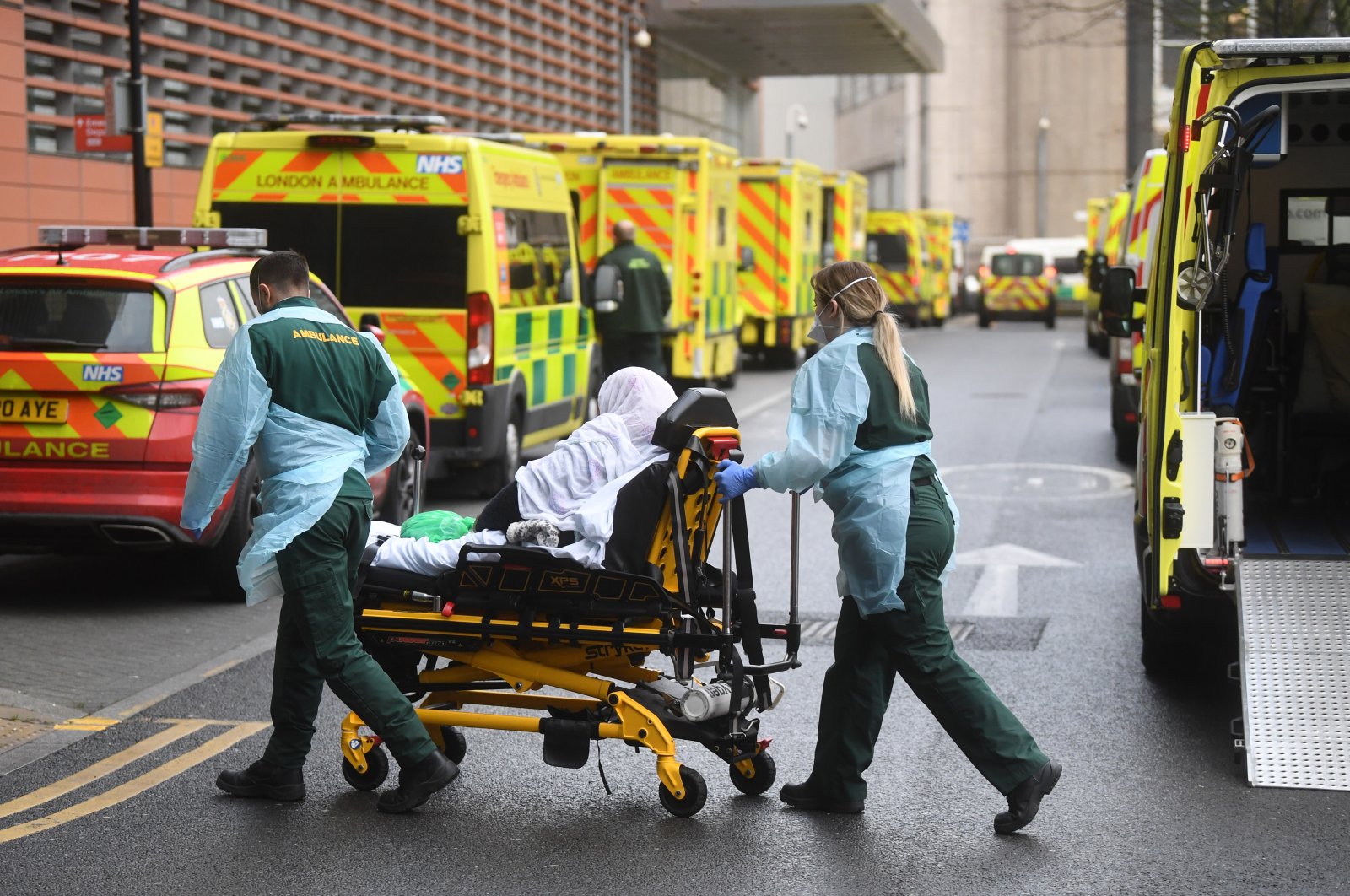 The U.K. coronavirus strain has spread to at least 60 countries, the World Health Organization (WHO) reported Wednesday after U.S. President-elect Joe Biden led a moving tribute to American victims.

COVID-19 has claimed more than 2 million lives globally since it was first detected in the Chinese city of Wuhan more than a year ago, while the total number of reported cases is edging toward 100 million, according to an Agence France-Presse (AFP) tally.

The arrival of mass inoculation drives in the United States, Europe and Asia had brought hope that the end of the epidemic was in sight. But deep concern over new variants of the deadly pathogen has triggered governments around the world to toughen constraints on restriction-weary populations as officials grapple with how to slow infections until vaccines become widely available.

In its weekly update, the WHO announced the strain first found in the U.K. was now in 10 more countries than seven days ago. It said the South African variant – which similarly is believed to be more transmissible – has been reported in 23 countries and territories. The number of new deaths climbed to a record high of 93,000 over the previous week, it added, with 4.7 million new cases reported over the same period.

The U.S. is by far the worst-hit nation with more than 400,000 deaths, and incoming Commander-in-Chief Biden focused on healing at a memorial for victims on the eve of his inauguration. Almost a year after the U.S. registered its first fatality, the pace of the pandemic has picked up with 100,000 deaths in the past month alone. So barely a month into the largest vaccination campaign in U.S. history, the nation shifted gears to speed the delivery of shots. The government decided to stop holding back required second doses of the Pfizer-BioNTech and Moderna vaccines, practically doubling supply. States were advised to start vaccinating other groups lower down the priority scale, including people age 65 and older, and younger people with certain health problems.

"It's hard sometimes to remember, but that's how we heal. It's important to do that as a nation," Biden said in somber remarks on Tuesday in Washington at the National Mall reflecting pool, where lights were turned on as a memorial to those who have died. "Let us shine the lights in the darkness along the sacred pool of reflection and remember all who we lost," Biden said, according to remarks carried by AFP.

The president-elect has made tackling the pandemic his top priority, as he prepares to take office in Washington Wednesday. He is already being forced to take action, with his aides contradicting an order from outgoing President Donald Trump to lift travel bans to Europe and Brazil designed to stop the spread.

In China, which has largely brought the virus under control, a partial lockdown was imposed on the capital Beijing Wednesday, with 1.6 million residents banned from leaving the city. The country is battling its largest resurgence of COVID-19 cases in nearly a year, although the official figures are startlingly low compared with the rest of the world: just seven cases were reported in Beijing Wednesday.

Authorities ordered residents of the southern Beijing district of Daxing – which includes one of the city's two international airports – to remain indoors. But in Wuhan, the city of 11 million people now synonymous with the coronavirus, there were scenes of relaxation and travel freedoms this week. Wet markets throng with shoppers, elderly dancers rehearse in the parks, and bars sell "Wuhan Stay Strong" craft beer.

"Wuhan had a tough year in 2020," Wang Chen, a 20-year-old resident, told AFP outside the exhibition, adding that China "handled the crisis very well."

Despite mounting case numbers, organizers of the postponed Tokyo 2020 Olympics are "unwavering" on holding the event this year. In an interview with AFP ahead of the six-month countdown, Games CEO Toshiro Muto insisted the sporting showpiece was still possible, but conceded people are "anxious," including in Japan where Tokyo is under a state of emergency.

"We are not discussing cancellation," he said while admitting organizers couldn't rule out staging the event without spectators.

"Holding the Games is our unwavering policy, and at this point in time we're not discussing anything other than that." However, his view was in contrast to that of a senior official from the London 2012 Games Keith Mills, who told the BBC Tokyo officials should be making plans to cancel. Meanwhile, on the Indonesian resort island of Bali, dozens of foreigners caught without masks have been subjected to an unusual punishment – push-ups in the street. Video footage showed people in T-shirts and shorts doing vigorous exercise on pavement in the sweltering tropical heat, as masked security officials stood over them.

In the U.K. where the first cases of new coronavirus variants were detected earlier in December, the death toll approaches 100,000. Home Secretary Priti Patel said Wednesday that the numbers were horrendous, but that it was not the time to look back at the government's possible mismanagement of the crisis. The United Kingdom's official COVID-19 death toll is 91,470 – Europe's worst death figure and the world's fifth-worst.

British Prime Minister Boris Johnson has been criticized for reacting too slowly to the crisis, failing to supply sufficient protective equipment and for bungling the testing system though the United Kingdom has been swift to roll out a vaccine.

"Every single death is deeply tragic," Patel told LBC when asked why the United Kingdom's death toll was so large. "There's no one factor as to why we have such a horrendous and tragic death rate." "I don't think this is the time to talk about mismanagement," Patel said when asked by the BBC if the government had mismanaged the crisis, as Reuters reported.

When pressed on the international comparisons of death tolls, Patel told LBC the data was "not comparable."

The British government reported a record rise in deaths on Tuesday with 1,610 people dying within 28 days of a positive coronavirus test. Currently, 37,946 people are in hospital with COVID-19, with 3,916 of them on ventilation. Currently, the U.K. has vaccinated 4.27 million people with a first dose of the vaccine, among the best in the world per head of population.

The COVID-19 death toll and the level of hospital admissions mean it is far too early to speculate about when the lockdown may be lifted or eased, Patel said.

"We are still in a perilous situation," Home Secretary Priti Patel told Sky. "We have a long way to go."