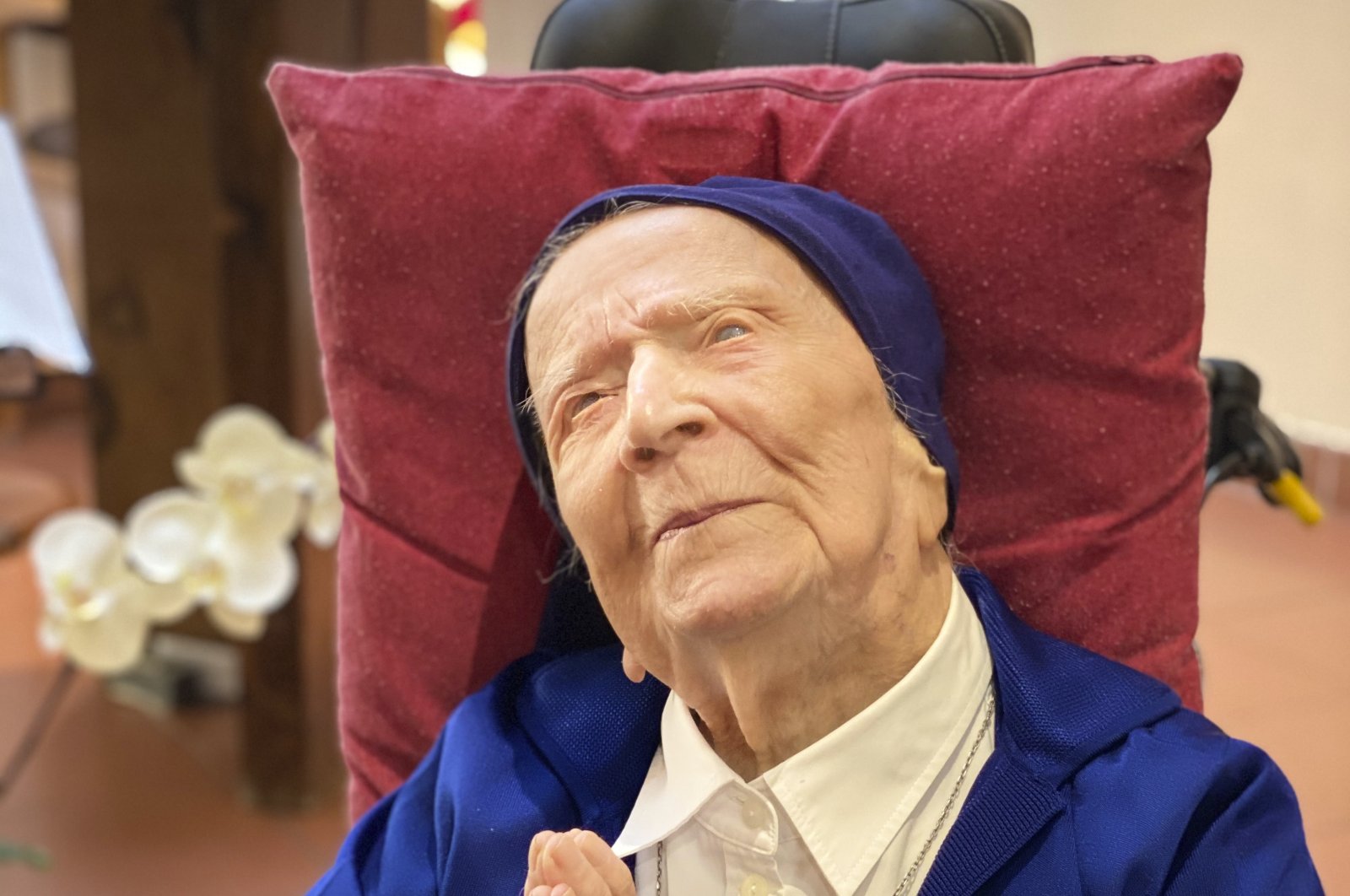 No need to Google it – 117 candles do not fit on a birthday cake. The discovery was made while Europe's oldest person spent her special day eating and drinking some of her favorite things, a miracle considering she had COVID-19 just last month.

A French nun who is believed to be the world’s second-oldest person celebrated her 117th birthday in style on Thursday, with multiple treats and well-wishes, cards and flowers to fete her exceptional longevity through two world wars and a recent coronavirus infection.

Sister André also got a Mass in her honor and a feast with Champagne, red wine and port. Then came a nap followed by more festivities, including an afternoon snack of baked Alaska, her favorite dessert.

"It made me very, very, very, very happy,” the birthday girl said. "Because I met all those I love and I thank the heavens for giving them to me. I thank God for the trouble they went to."

Sister André's big day got rolling with a morning video call with her great-nephews and great-great nephews, followed by a Mass in her honor led by the local Catholic bishop, said David Tavella, the communications manager for the care home in the southern French city of Toulon where the nun lives.

Her birthday feast included a starter of foie gras, followed by capon with fragrant mushrooms. "All of it washed down with red wine, because she drinks red wine. It’s one of her secrets of longevity,” Tavella told The Associated Press. There was also port and Champagne "because 117 years have to be toasted,” he said.

She skipped dessert because she was tired, but got it served to her later after a nap – with three candles and the numerals 117 on top.

Packing on 117 candles would have been impossible.

"We stopped trying a long time ago,” Tavella said. "Even if we made big cakes, I’m not sure that she would have enough breath to blow them all out. You would need a fire extinguisher.”

Sister André’s birth name is Lucile Randon. The Gerontology Research Group, which validates details of people thought to be 110 or older, lists her as the second-oldest known living person in the world, behind only a 118-year-old woman in Japan, Kane Tanaka.

Tavella told French media earlier this week that Sister André tested positive for the coronavirus in mid-January but she had so few symptoms that she didn't even realize she was infected. Her survival made headlines both in France and beyond.

"When the whole world suddenly started talking about this story, I understood that Sister André was a bit like an Olympic flame on a ‘round the world tour that people want to grab hold of because we all need a bit of hope at the moment," Tavella said.

When Tavella talked to her Thursday about celebrating her next birthday in 2022, she replied: "'I won't be here next year,'” he quoted her as saying, adding: "But she has been saying that for 10 years.”

By a strange coincidence, Tavella celebrated his 43rd birthday on Thursday.

"We often joke that she and I were born on the same day,” he said. "I never tell myself that she is 117 because she is so easy to talk to, regardless of age. It is only when she talks about World War I as though she lived through it that I realize, 'Yes, she did live through it!'”