10-fold jump in visits at 7,000-year-old mound after UNESCO listing 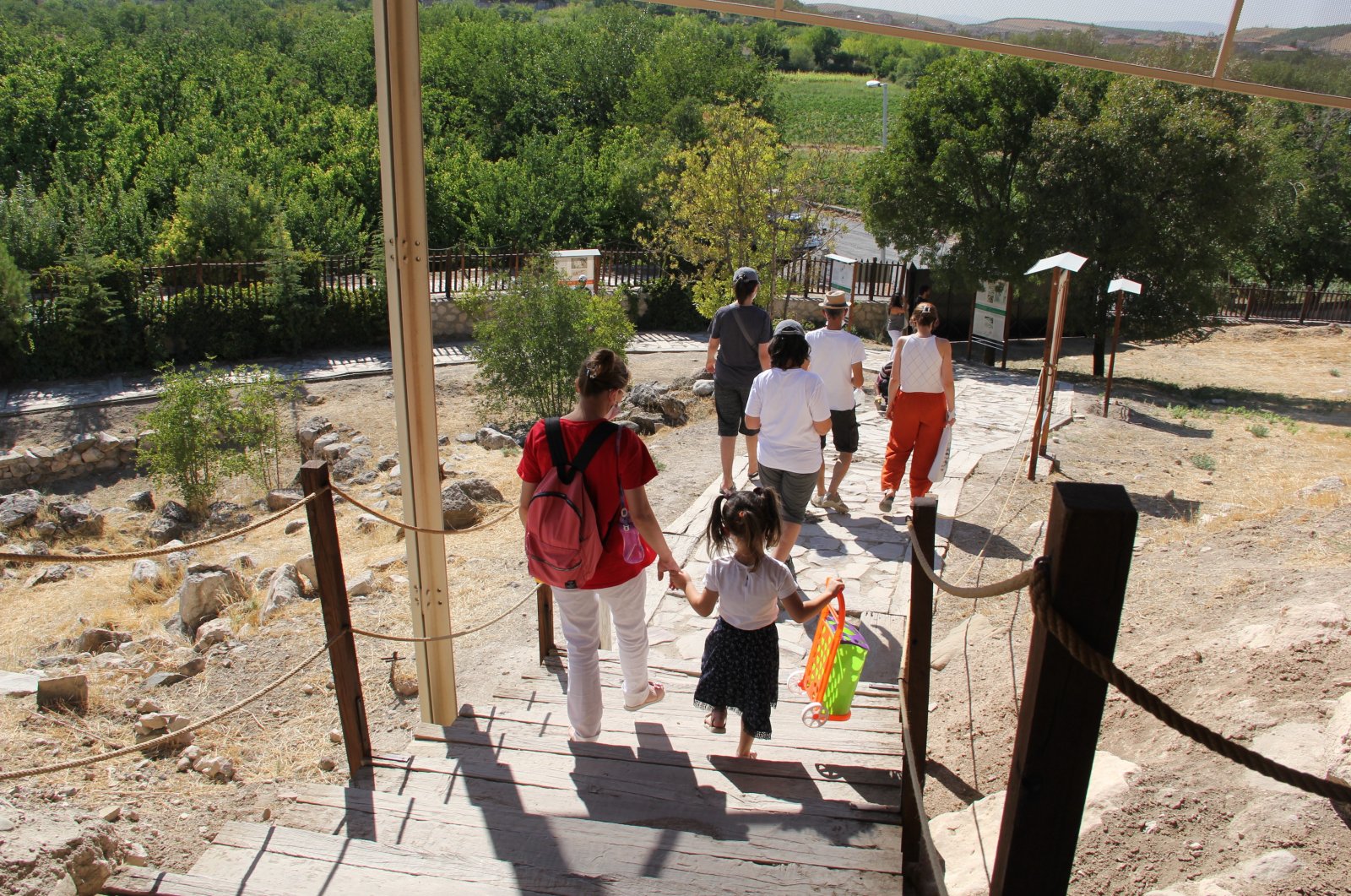 Eastern Turkey's ancient Arslantepe Mound – which is roughly 7,000 years old – is now attracting 10 times more visitors after it was listed as a UNESCO World Heritage site in July, an official said Thursday.

Towering some 30 meters (over 90 feet), Arslantepe (meaning "Lion Hill" in Turkish) is known as the place where the foundations of the state system and bureaucracy were laid for humankind and is home to the oldest-known mud brick palace, royal tomb and drainage line, said Çetin Şişman, the local director of culture and tourism in the eastern province of Malatya.

Speaking to Anadolu Agency (AA), Şişman said that, unlike most similar structures that are only viewable from the outside, tourists are able to enter the palace structure and complex in Arslantepe and experience the interior of these ancient buildings themselves.

Underlining that this played a role in the site's surging popularity, he said that while it had previously only received 30-40 visits per day, this figure was between 300 to 400 since it became a World Heritage site on July 26.

"We predict that this will increase even further in the next season. We can say that the number of visitors has increased almost 10 times of previous years," he added.

The decision to add Arslantepe to the list had been taken during the Extended 44th UNESCO World Heritage Committee's online session in Fuzhou, China, making it the 19th World Heritage site in Turkey.

Şişman explained that work still continues to unearth and preserve the archeological remains at Arslantepe, as well as to make it an even more popular tourist destination, with plans to cover excavated areas with a protective roof, build a visitor reception center near the site and build a new archeological museum.

Other plans include promotional films, publishing of brochures and increasing the number of audio guides and security officers.

"We will continue our work on Arslantepe in the future, not only as the Ministry of Culture and Tourism but also with our local stakeholders, in consultation with our municipalities, universities and nongovernmental organizations (NGOs)," said Şişman.