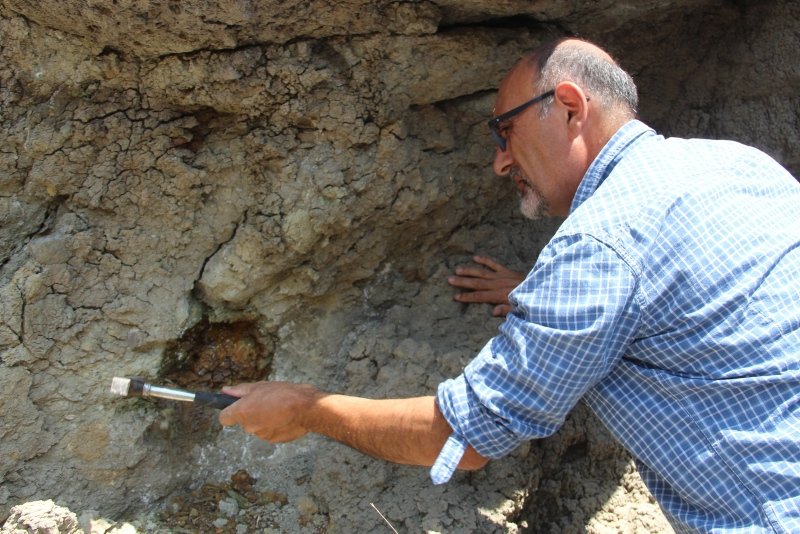 Professor Ünal Akkemik, who holds a Ph.D. in Forest Engineering from Istanbul University, told Anadolu Agency (AA) that fossils dating back 160-170 million years were found in the Narman district of eastern Erzurum province.

Conducting research across Turkey to explore tree species from past to present as well as their developments throughout history, Akkemik said the research has shed more light on the period in which Turkey's climate started to become more continental.

He noted the region belongs to the Jurassic period, which was a time when almost all of Turkey's surface area was submerged.

The fossil was discovered in December last year.

Akkemik explained that the fossils found in Erzurum were especially important because of their age. He emphasized that fossils of that age were rare.

"In this regard (fossils in) the area surrounding Erzurum and Gümüşhane are much more significant because they contain information on a much older time period. They show us what kinds of trees lived in this geography, in these lands nearly 160 million years ago. They are very important in this sense. Because there are very few samples of these formations, they already require very special conditions to form so they need to be protected," he told Ihlas News Agency (IHA).