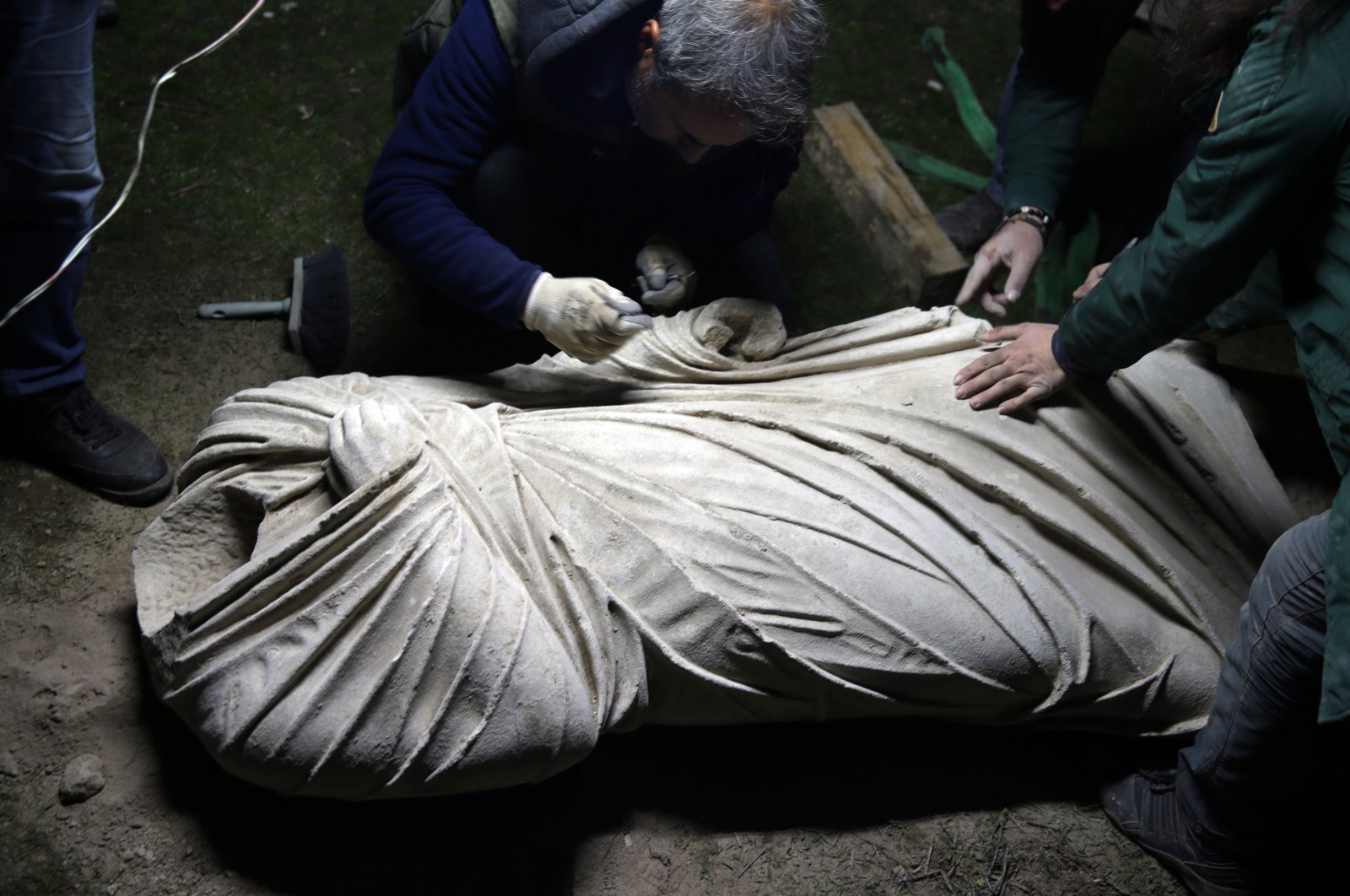 Two statues believed to be dating back to 2,000 years were unearthed during excavation works in the ancient Roman city of Blaundus in western Turkey.

Blaundus, also known as Blaundos, was first built by Macedonians that came to Anatolia, present-day Turkey, following the military campaign of Alexander the Great. The ruins of the ancient city, located in what is now the Ulubey district of Uşak province, was later occupied by the Romans.

Digging work to unearth the city, which started in 2018, is currently focused on the area where a temple dedicated to the Greek mythological goddess Demeter is located.

Speaking to Anadolu Agency (AA), Birol Can, a faculty member of the Archeology Department of Uşak University, said the team has found two statues in the courtyard of the temple located in the center of the city.

Can, who is leading the excavation, said one of the discovered statues was 185 centimeters (6 feet) tall with no head, while the other was missing its head, right arm and both legs.

"We don't know yet whether the statues are from the temple site or from street-side honorifics," he said, adding that further research on the discovery was ongoing.

"Both finds are male marble statues. We have not yet determined who they are – whether they are gods, emperors, or statesmen," Can said.

Noting that the statues may have been inspired and created in the Roman-era style, he said: "We can say that the art of sculpture has been at its peak since the second half of the fourth century B.C."