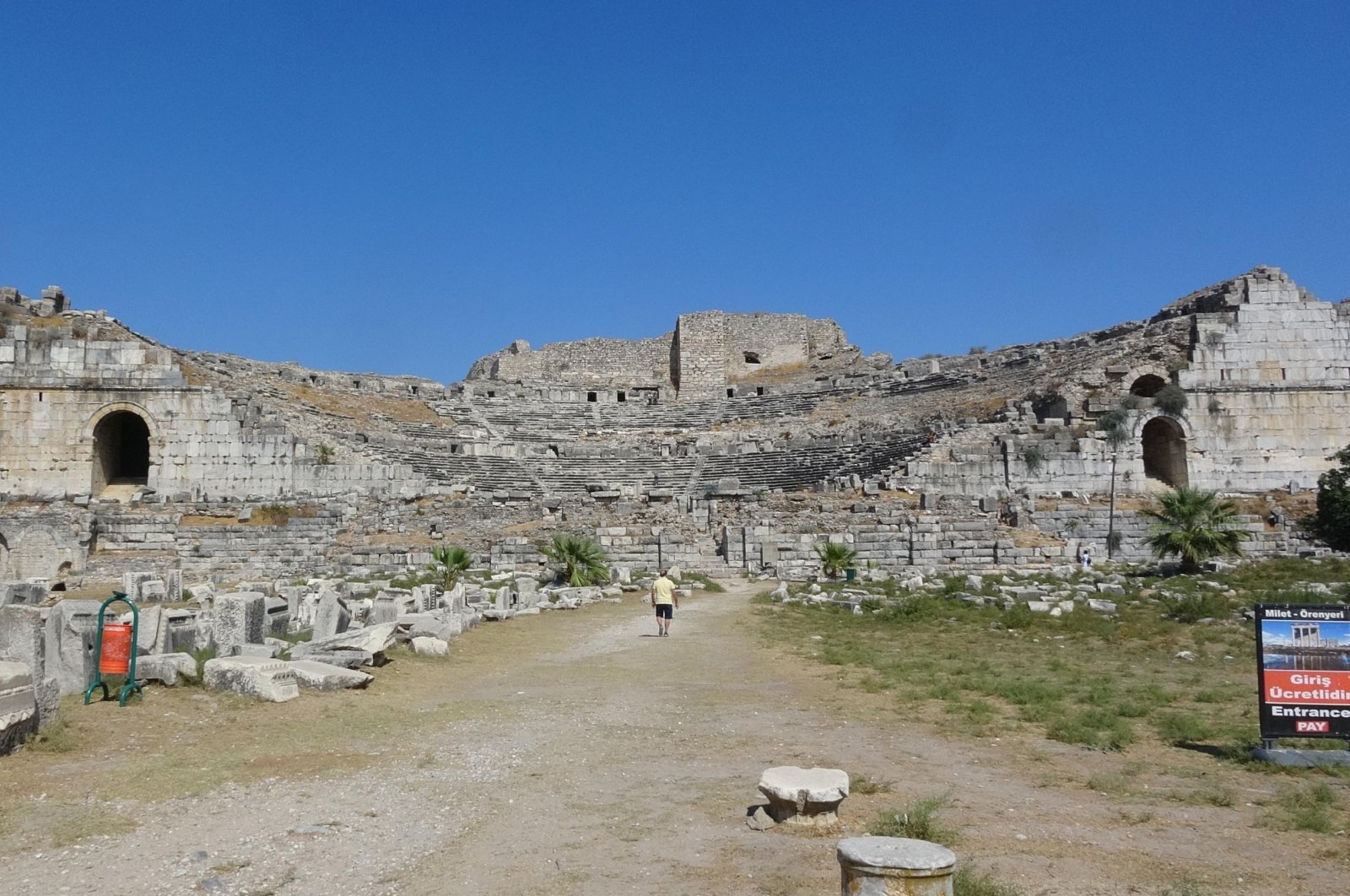 While ancient temples, theaters and marketplaces usually steal the spotlight when it comes to archaeological digs, a lot can be learned from the humble residences of common townsfolk.

Two houses dating back 2,400 years and believed to be used by middle-class people were found during excavations in an ancient city in southwestern Turkey.

The ancient city of Miletos in the Didim district of Aydin province was one of the prominent cities in the fields of philosophy, science and art in ancient Greek civilization, the head of the excavation committee and Hamburg University Archeology Department member Christof Berns told reporters.

Miletos, where the famous philosopher and mathematician Thales lived, is known as the "city of philosophers," Berns said.

Berns noted they have found a good urbanization structure in the city known as the "grid system."

He said that in the studies carried out so far, they have uncovered public structures such as a theater, marketplace and temple. They are hoping to discover the houses of common people during this year's excavations.

"We have now concentrated our excavation work on two points, which are houses and streets," Berns said, adding that this is a subject that has not been explored much until now.

"In the past, mostly public structures such as temples and market areas were investigated, but with the ongoing excavations we aim to search for the traces of daily life of common people," he stressed.

"We have reached two residences dating back 2,400 years where common people lived. The houses are small in size, but we know that there are larger ones too," Berns added.