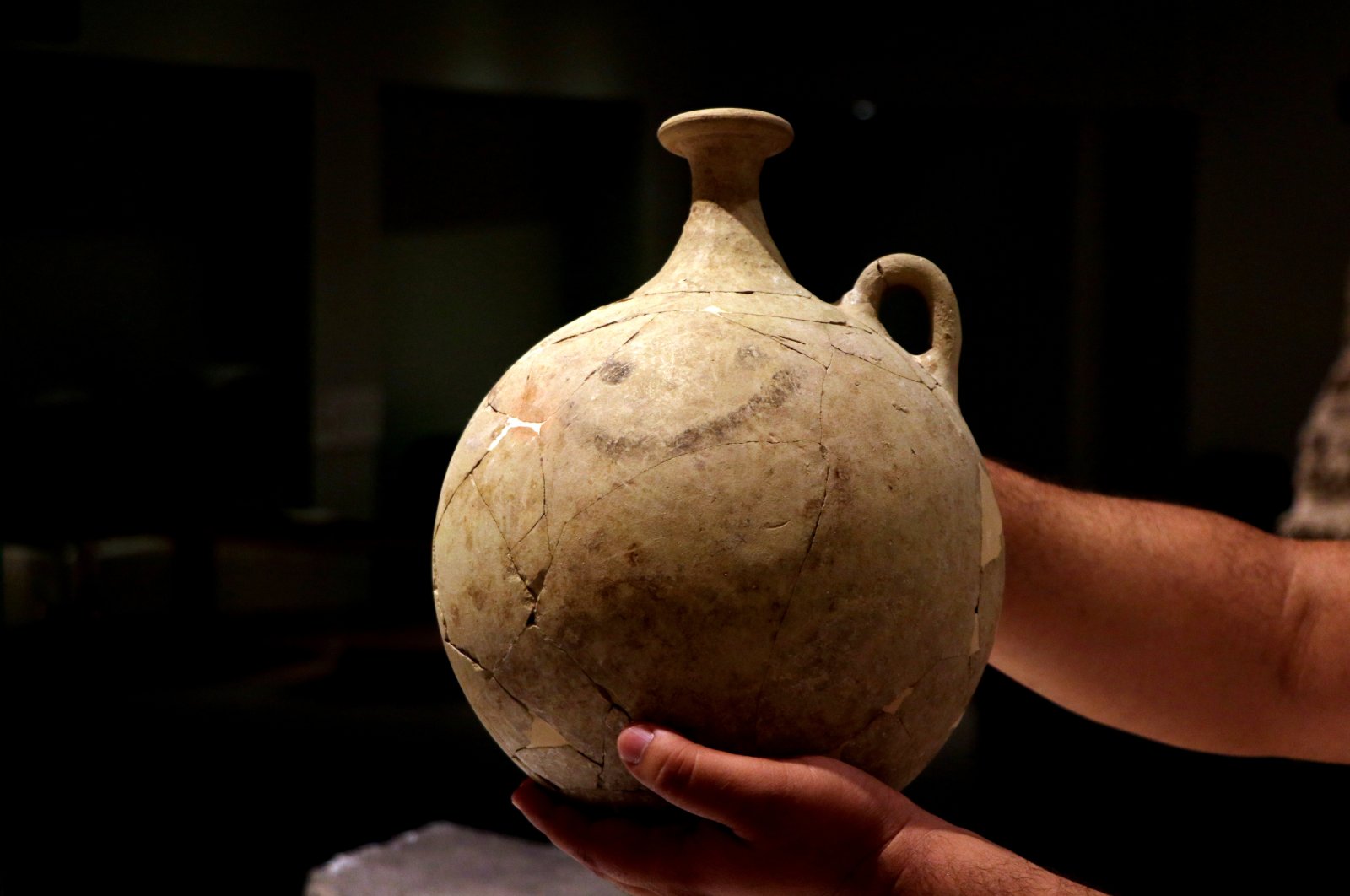 The world’s first smiley face, inscribed on an ancient jug and discovered a few years ago in southeastern Turkey, will be exhibited in Gaziantep Archaeology Museum, a report said Sunday.

The 3,700-year-old artifact, discovered in the ancient city of Karkamış (Carchemish) in 2017, will be put on display by the end of July, Anadolu Agency (AA) reported.

Gaziantep Museum Director Özgür Çomak told AA that the ancient city had been the capital of the Hittite civilization and that an excavation team led by professor Nikolo Marchetti continues to carry out work.

Çomak noted that the clay jug was in fragments when discovered and has since been restored.

The pot was discovered during seven yearlong excavations in Gaziantep province's Karkamış district along the Syria border under the guidance of Nicolo Marchetti, an archeology professor at the University of Bologna in Italy.

Marchetti said his team found a variety of objects at the site depicting the era of the Hittites, an ancient civilization and empire that is believed to have existed in the north-central Anatolian region.

Turkey's Culture and Tourism Ministry and the Italian Foreign Ministry are among the sponsors of the excavation project.

Archaeologists in Turkey, which has historically been home to many civilizations, frequently find significant historical artifacts throughout the country and try to preserve them in an effort to shed light on early human civilizations and pass them on to the next generations.