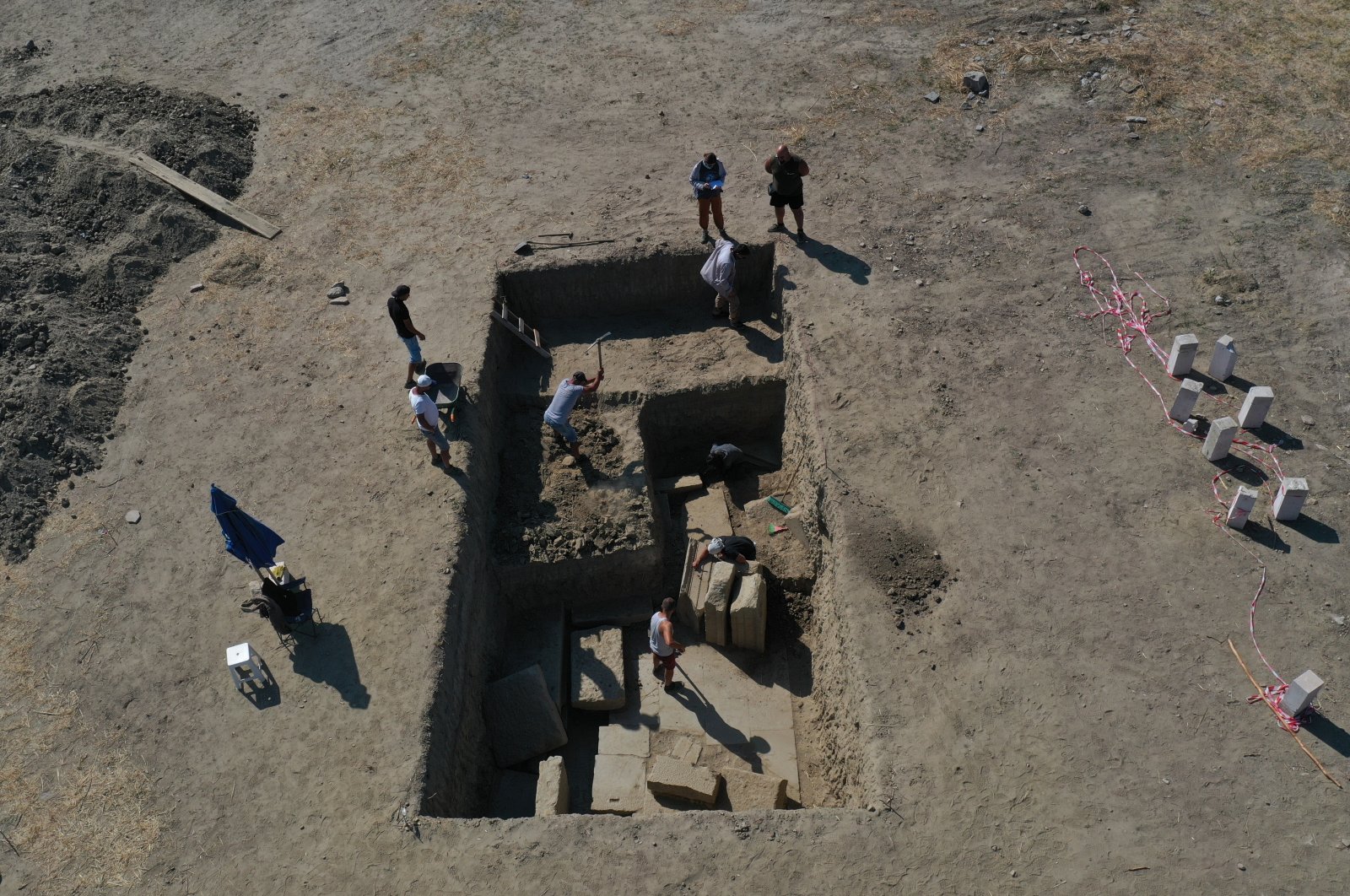 The Artemis sanctuary, a stadium, a theater area, 80 statues and various items have been unearthed in the ancient city so far during the excavations led by Ankara University Archeology Department's associate professor Görkem Kökdemir.

Speaking to Anadolu Agency (AA), Kökdemir said Magnesia was a prominent city in ancient times with its religious festivals held in temples and sanctuaries.

"We think that the temple we found in this area is as important in the history of architecture as the fourth largest Temple of Artemis in Anatolia. It is a temple dedicated to Zeus," he said.

He said the ancient area was previously excavated by Germans who took some pieces of the Zeus Temple to Germany, which are still on display at the Berlin Pergamon Museum.

"Next year, we will reveal the origin of the structure, which is exhibited in the museum in Berlin. This is a tremendous thing. It is very important both for archaeological literature and tourism. So, we are very excited," he said.

"When we unearth this temple completely, the eyes of the world's archeology community will be here," he added.