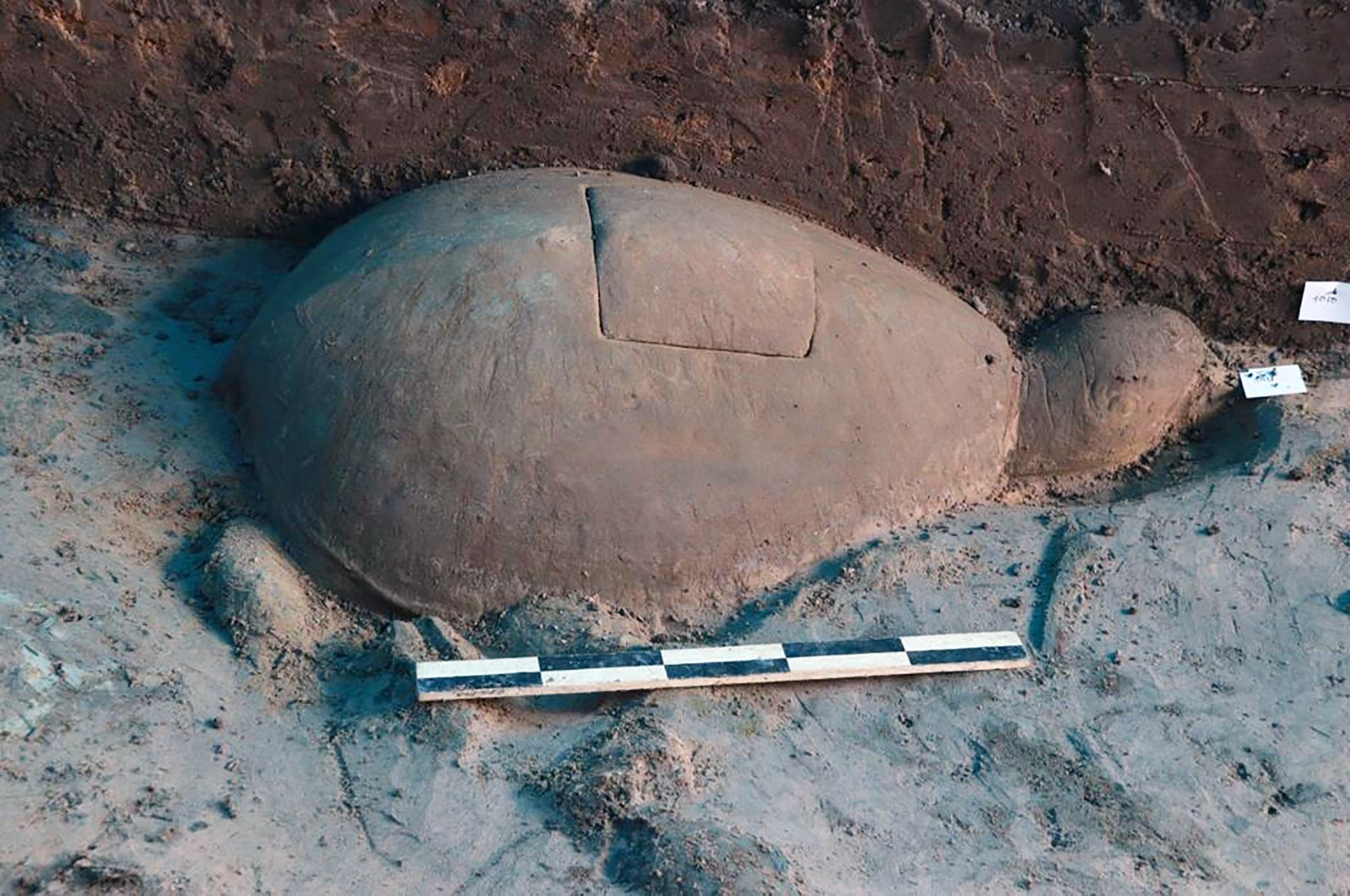 A turtle statue is displayed on the grounds of the Srah Srang site in Siem Reap province, northwestern Cambodia, May 6, 2020. (AP Photo)
by ASSOCIATED PRESS May 08, 2020 1:29 pm

Cambodian archaeologists have unearthed a large centuries-old statue of a turtle at the Angkor temple complex.

The 56-by-93 cm (22-by-37 inch) carved stone turtle is believed to date from the 10th century and was discovered Wednesday during excavations on what was once the site of a small temple built in what is now Srah Srang, one of Angkor’s several reservoirs.

Once the location of the site was identified, workers drained the water off to allow for the dig, which began March 16, said Mao Sokny, head of the excavation team of the Apsara Authority, a government agency that oversees the Angkor archaeological site.

The bottom half of the turtle remained buried Thursday while preparations were being made to lift it out while ensuring it remained intact.

Angkor was strongly influenced by Hindu culture, and as a result, when a temple or other important structures were built, sacred objects would often be buried in the ground underneath as a gesture to ensure safety and good fortune. In several Asian cultures, turtles are seen as symbols of longevity and prosperity.

The dig also discovered a number of other rare artifacts, including two metal tridents and a carved head of a naga, a mythical creature.

The Angkor complex is Cambodia’s biggest tourist attraction and a UNESCO World Heritage site that is even included in the Cambodian flag.

Mao Sokny said discoveries of such artifacts would help boost Cambodian pride in the country's heritage.