Excavations at 5,000-year-old Aizanoi in western Turkey to resume 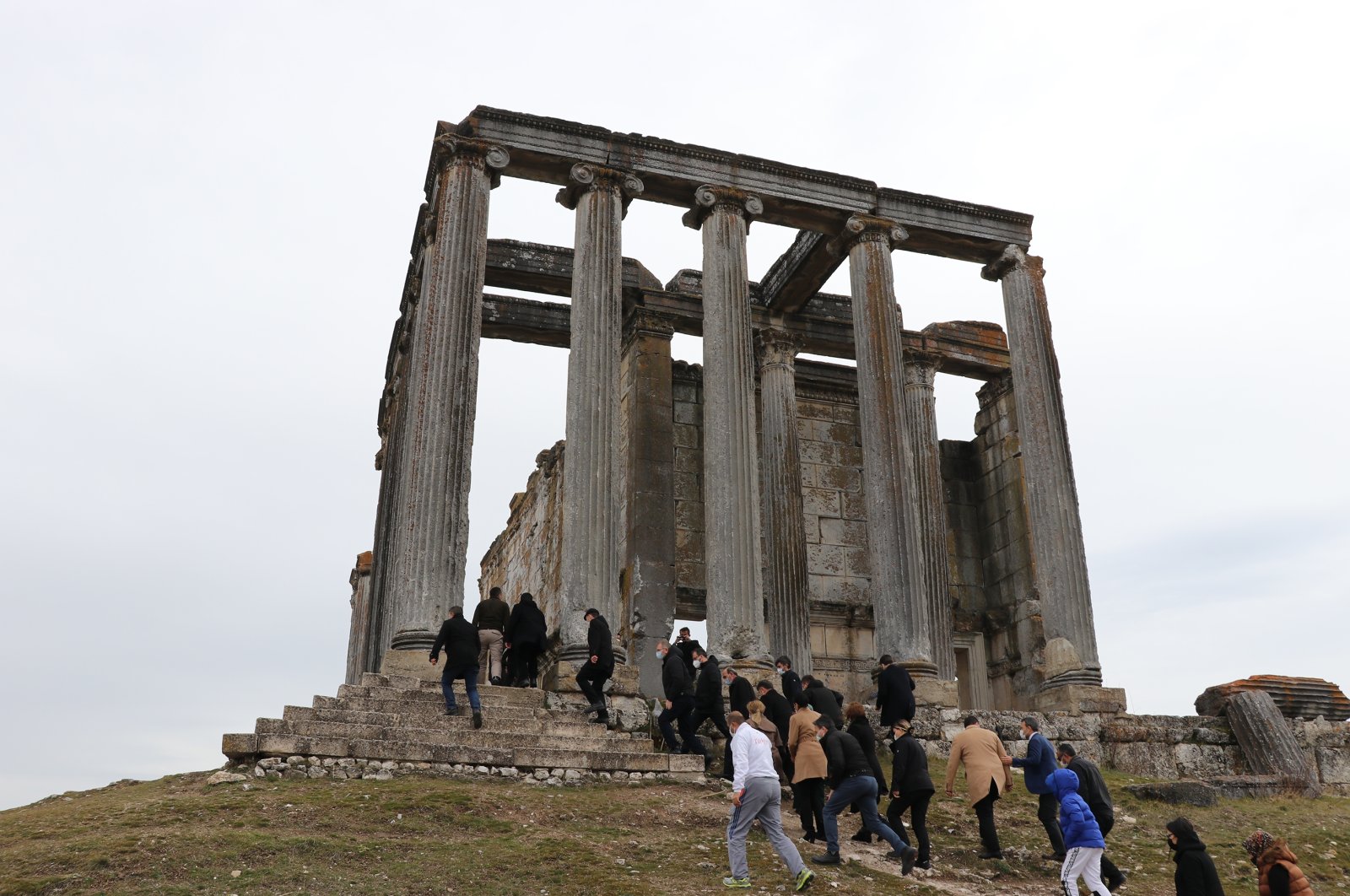 The restoration of the ancient city of Aizanoi, located in the Çavdarhisar district of western Turkey's Kütahya province, is expected to be resumed in April, Kütahya Governor Ali Çelik announced Sunday.

Çelik stated that the excavation and restoration work at the 5,000-year-old site was to be continued in April after being halted due to the global COVID-19 pandemic.

“We will be restoring the Roman Bridge, five derelict structures across the temple and the Excavation Experience House whose project has been approved,” Çelik said.

“We will also continue excavations at the sites of Penkalas creek and the Odeon region in April. We will be making environmental planning around the Penkalas creek in accordance with its ancient historical texture,” Çelik told Ihlas News Agency (IHA). He also said he hopes the work is done in a speedy manner.

Aizanoi is a particularly special archaeological city of Turkey's many world-famous ancient sites, as it is home to one of the best-preserved temples in Anatolia dedicated to Zeus, the Olympian god of the sky and thunder and king of the Greek gods.

Dubbed the second Ephesus of Turkey, the city was added to the UNESCO World Heritage Tentative List in 2012. Archaeologists began restoration work on the ancient city in June 2020.

The excavation and fieldwork are being carried out under the coordination of Pamukkale University's Archaeology Department.

Recent excavations around the Temple of Zeus indicate the existence of several levels of settlement in the city dating from as far back as 3000 B.C.

In 133 B.C. the city was captured by the Roman Empire. In 1824, European travelers rediscovered the ancient site.

Between 1970 and 2011 the German Archaeological Institute conducted excavation work, unearthing the theater and a stadium, as well as two public baths, a gymnasium, five bridges, a trading building, necropolises and the sacred cave of Metre Steune – a cultist site thought to be used prior to the first century B.C.

Since 2011, Turkish archaeologists have been carrying out restoration work at the ancient site, and more recently an exceptional collection of 651 silver coins belonging to the Roman period were unearthed in January.