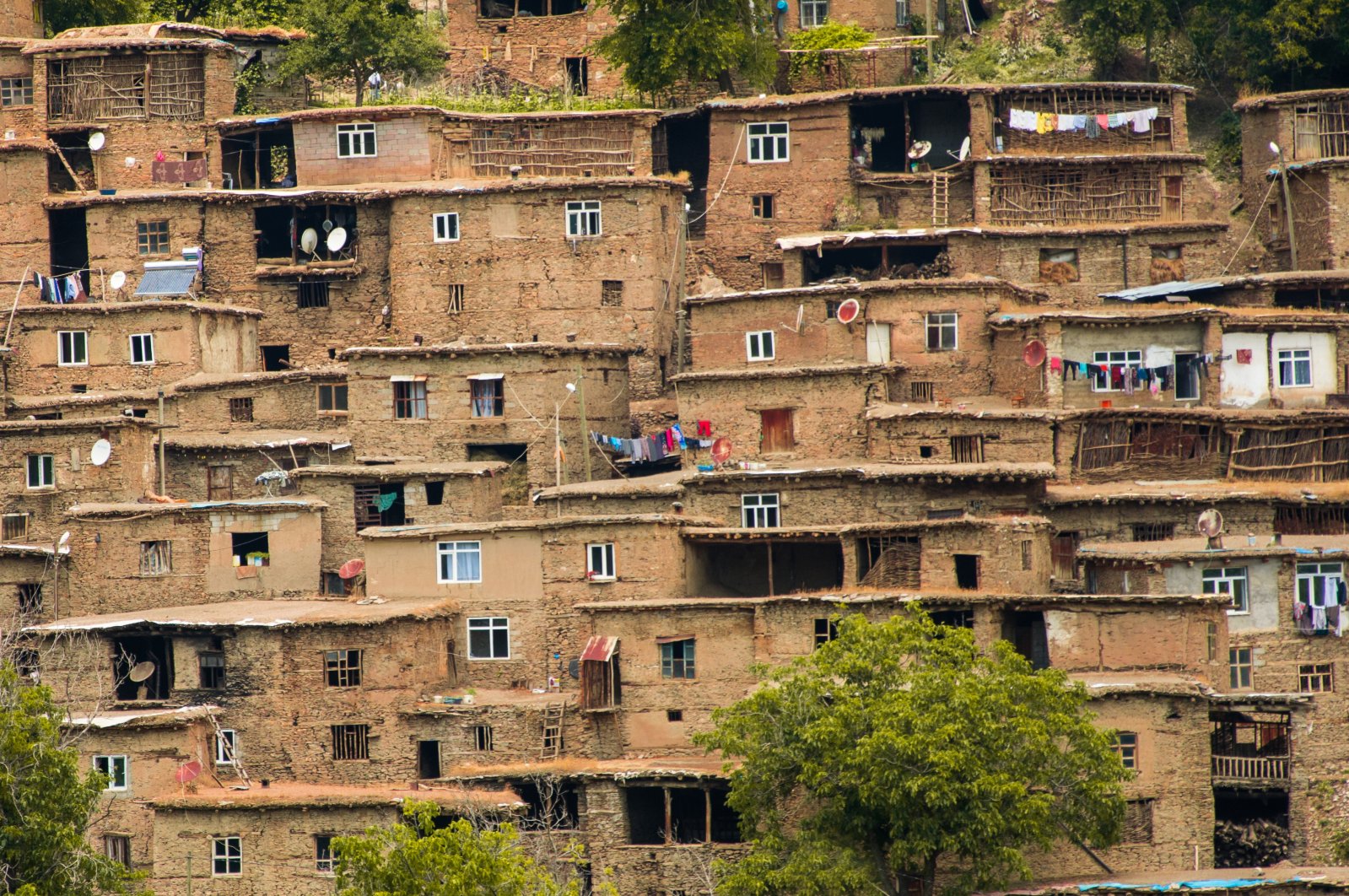 These historic 200- to 300-year-old stone houses are located in the Hizan district of eastern Turkey. (Shutterstock Photo)
by DAILY SABAH Aug 24, 2021 2:34 pm
RECOMMENDED

Turkey’s eastern Bitlis province, which is already popular among tourists because of the famed Seljuk Meydan Cemetery, the largest Turkish-Islamic cemetery in the world located in the Ahlat district, is now attracting visitors with another historical spot.

The historic stone houses dating back around 200 to 300 years fascinate visitors by offering a very authentic scene.

Located between the high mountains in Hizan district the stone houses attract great attention from travelers and especially photography lovers.

The fact that the 2- to 3-story houses in Hizan, made of stone and wood, have survived until today, almost defying time, adds a unique beauty to the village as they seem like they are about to fall apart.

The stone houses have become the focus of attention of filmmakers, documentarians, photographers and journalists.

“It is visually stunning and these structures need to be protected,” said Sedat Kıran, who came to Hizan to film a documentary.

The first settlement in the region dates back to the Urartians in the first century B.C. Throughout history, the region where Hizan is today has been ruled by the Persian, Roman, Byzantine and Arab empires. In the 16th century, Hizan became an Ottoman town until it was occupied by Russia in 1913. When the Russians withdrew from the region a year later, the locals returned to their homes for good.

Since then, Hizan has remained unknown to most, hidden between mountains that cover 90% of the area.

Today, many photographers and artists from various cities in Turkey meet in Hizan to take photos and paint the town's historic sites and stunning natural beauty.